EU: Conditions Faced by Roma People – from Bad to Worse

LISBON, Nov 22 2011 (IPS) - Roma leaders are alarmed at the growing discrimination faced by their people in Europe, especially because of the anti-gypsy stance taken by many political parties, which blame the ethnic minority group for a wide range of social ills. 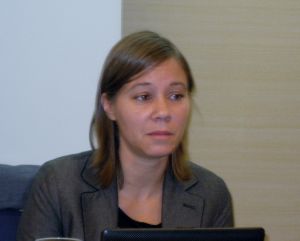 On a two-day visit to Lisbon this week, Dezideriu Gergely, executive director of the Budapest-based European Roma Rights Centre (ERRC), and the group’s legal adviser, Lydia Gall, spoke out against the terrible housing conditions faced in Portugal by the Roma, also known as gypsies or Romani.

The most overtly anti-gypsy policies are seen in Bulgaria, the Czech Republic, France, Hungary, Italy, Romania and Slovakia, Gall said. But, the activist added, in terms of the housing situation, “Portugal is not so different from those countries.”

Gergely, citing in particular the cases of Bulgaria, Romania and Hungary, said that “what we have found is that in many countries, the situation of the Romani communities is getting worse instead of better.”

In many European countries, “there are parties that have identified the gypsies as the target of their attacks, through increasingly aggressive and dangerous language – and not only the extreme right but also conservative and centrist parties,” he added.

“This political rhetoric has tried to make the Romani scapegoats for a series of social problems, generally blaming gypsies for these problems – and what is most dangerous is that this idea has been taking root in public opinion,” Gergely said.

He pointed with special concern to the cases of Italy and France, which he said show that these situations “are not limited to the countries of central and eastern Europe, but are also seen in western Europe, where we have seen political action that targets gypsies.”

Italy declared a state of emergency “to deal with what they call ‘the immigration problem’, but which fundamentally focuses on gypsies, and in France they deport Romani people from Bulgaria and Romania.”

Gall spent five years researching conditions of the Roma people in Portugal, where she verified reports about the appalling housing situation and the construction of walls to separate housing projects mainly populated by gypsies from the surrounding neighbourhoods.

Although no nationwide sociological and geographical studies have been carried out on the Roma community in Portugal, the “Health and Roma Community, Analysis of the Situation in Europe” project estimates that there are 33,500 Romani people in this southern European country of 10.6 million people.

In response to a question from IPS on the differences between the situation of the Roma in Portugal and in the other countries she mentioned, Gall acknowledged that the hostile attitude towards gypsies that is common in many other countries is not frequently seen in Portuguese society.

But with respect to housing conditions, she said the situation is similar to the rest of Europe.

“The Romani communities in Portugal often live in separate neighbourhoods, in poorly constructed homes far below the average standards of housing for the rest of the population, in poor hygienic conditions, distant from urban centres and without means of transportation, which limits the children’s educational possibilities.”

In April 2010, the ERRC filed a complaint accusing the Portuguese government of failing to live up to its human rights obligations under the revised European Social Charter.

The ERRC said re-housing programmes that were at least indirectly discriminatory had failed to integrate the Roma and often resulted in segregation and inadequately-sized substandard dwellings in areas with poor infrastructure and limited or no access to public services.

In its decision on the housing conditions of Roma people in Portugal, published Nov. 7, the European Committee of Social Rights (ECSR) ruled that this country has violated gypsies’ right to adequate housing, the right of their families to social, legal and economic protection, and their right to protection against poverty and social exclusion.

The resolution emphasised “the precarious and difficult housing conditions for a large part of the Roma community; the high number of Roma families that live in segregated settings, whether in unregulated encampments or as a result of re-housing by the authorities in the outskirts of cities; (and) the inadequacy of re-housing programmes for the Roma community in terms of their family composition, cultural habits and ways of life.”

Gall pointed out that in Portugal, things have become so extreme that walls have been built to separate the Roma from the rest of the population, and they often live in areas without drinking water, hidden away behind hills, and without access to roads.

She mentioned the extreme case of Beja, 180 km south of Lisbon, where social housing was built “with a separation wall, far from the urban centre and near a dog pound, whose sewage containing animal excrement runs through the housing project, with obvious consequences for the health of the inhabitants.”

Another worrisome case is that of Rio Maior, 85 km north of Lisbon, “where 14 gypsy families were placed in precarious wooden houses, on top of a hazardous coal mine and separated from the rest of the population by a dense forest,” Gall said.

She also mentioned gypsies living in slums, such as in the case of Bragança in the extreme north of the country, where “a community was kicked out of its camp by the authorities, who told them they could live in the garbage dump.”

In Vidigueira, 160 km south of Lisbon, there is a community living behind medieval ruins and “the police cut off their only source of clean water.”

“These are some of the examples that we documented in our complaint about Portugal,” the lawyer said.

However, Gergely said, the case of Portugal is just one illustration of “the European Union’s lack of policies aimed at the social inclusion of Romani communities which, when they do exist, often have the opposite effect.”

He cited the case of Romania, “which builds segregated schools for gypsies, in their neighbourhoods.”

“The situation in both eastern and western Europe is alarming, but we also see that both the EU and the (47-member) Council of Europe are making efforts to address the problem,” said Gergely.

“The countries have a late December deadline to propose strategies for solving the problems of their respective Romani communities,” the activist said.

“The EU says it has a budget of 26 billion euros (35 billion dollars) for social inclusion, of which only 30 percent is used in member states’ programmes, but we don’t know what part is earmarked for the inclusion of the Romani people,” he said.

At the end of their presentation, Gergely sent out the following message: “We know the problems and their solutions, we have the necessary tools, and there is money for this. The only thing lacking is political will.”