BOSTON, U.S., Mar 8 2012 (IPS) - When the Oscar-nominated film “Saving Face” won an Academy Award in Hollywood for Best Documentary (Short Subject), it was the triumph of several “firsts”: the first time ever that a Pakistani filmmaker had won an Oscar; Pakistan’s first Oscar winner was a woman; and it was the first time that an American and a Pakistani had co-directed an Oscar-winning film. 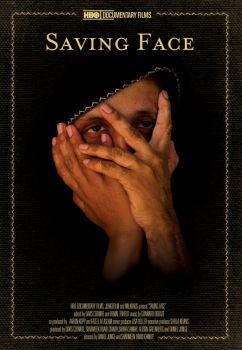 The film follows Dr. Jawad and two of his patients, 39-year-old Zakia and 23-year-old Rukhsana, both disfigured by their husbands. Credit: Courtesy of "Saving Face"

Since that big night on Feb. 26, the co-directors, Daniel Junge and Sharmeen Obaid Chinoy, have been swept up in a whirl of film screenings, talks and interviews.

The 40-minute film was showcased at the Women+Film Voices Film Festival at Junge’s hometown of Denver, Colorado on Mar. 7. And on Mar. 8, International Women’s Day, “Saving Face” premiers on the U.S. television channel HBO (at 8.30 pm ET), which funded it, and which broadcasts to millions in the country and around the world.

The film is particularly relevant to Women’s Day because of its focus on a particularly vicious form of gender violence, acid attacks, and its stress on the strength and struggle of acid attack survivors fighting back.

Although it is set in Pakistan, the film is also relevant to other countries where such attacks take place, most notably, Bangladesh, India and Afghanistan. But such attacks are not limited to “developing countries”. It was in Britain in March 2008 that 33-year- old Danny Lynch orchestrated an acid attack on vivacious 24-year-old aspiring model Katie Piper, who had begun dating him just two weeks earlier and broken up with him.

Piper’s story is now legend, but then, horribly disfigured and in great pain, she thought she would never live a normal life again. The man behind her miraculous rehabilitation was the burns specialist at Chelsea and Westminster Hospital, Pakistan-born Dr Mohammad Jawad, who used an innovative reconstruction technique to treat her.

The procedure involved removing all the skin from her face, before rebuilding it with a skin substitute from her back, and then a skin graft.

“That was the first such case in the world,” Dr. Jawad told IPS by telephone from London. “The results were very good. The best anyone had ever seen.”

Later, visiting Pakistan, he mentioned the case to his former professor Maqsood Noorani at Dow Medical College in Karachi.

“He told me that there were such cases in Pakistan too. I didn’t know about it,” said Dr. Jawad. “He put me in touch with his sister-in-law Sultana Siddiqui, who runs Hum TV (a private Pakistani channel), and they had me come over for a morning show interview. The host put me on the spot, saying why don’t you come back to Pakistan and look after your own people. I promised her I would.”

Since then he has been regularly returning to Pakistan, where he has assembled a team of specialists at the Indus Hospital, an acclaimed state-of-the-art, free hospital in Karachi that serves disadvantaged communities.

“Each case is premeditated,” says Dr. Jawad. “And it happens to young, pretty women, taking away their faces. Your face and your hands are your portals of expression and communication. When someone is deprived of those, it’s more difficult to restore them to normalcy.”

When Britain’s Channel 4 broadcast its documentary “Katie: My Beautiful Face” about the Katie Piper case in October 2009, Dr. Jawad found himself invited to more television shows (“Katie gave me a lot of acknowledgement”) – including on the BBC World Service Radio.

“They have an audience of over 120 million. And guess who was listening on the other side of the pond? Daniel Junge. He called me and asked, do you know anything about acid attacks in Pakistan?” laughed Dr. Jawad.

Speaking at the Asia Society in New York on Mar. 6, Junge said he “knew about the phenomenon of acid attacks in South Asia and much of the Muslim world – and indeed, it’s a global phenomenon. But of course I wasn’t about to pack my bags and start this film. You always need an entry point as a filmmaker.

“I heard an extended version of Katie Piper’s story in which she credited her surgeon Dr. Jawad, and I thought to myself, does that sound very… Anglo? I called him up at Chelsea Hospital and asked him if he was aware of this phenomenon, he said indeed I am, I’m Pakistani, and I’ve been going back to work there.”

They met in Islamabad in March 2010, and the rest, as they say, is history.

“But it became absolutely apparent on my first trip (to Pakistan) that I needed a partner on the ground, preferably a woman,” said Junge, “and as it happened, Pakistan’s finest filmmaker is a woman, and was available.”

That is how he and Obaid Chinoy (who won an Emmy award in 2010 for her documentary “Pakistan: Children of the Taliban”) came to work together.

She had not looked into this issue before but when she saw the footage that Junge had shot, she felt “compelled to be part of this project more so because I’m a product of Pakistan, I was born and raised there. Pakistan can produce women like myself – and produce women like Zakia and Ruksana (acid attack survivors who feature in the film).

“There’s a great schizophrenia that goes on in the nation and it’s important for the educated women to be the voice of those who are not able to voice what’s happening to them,” she said, speaking at the Asia Society event.

“Saving Face” follows the story of Dr. Jawad and two of his patients, 39-year-old Zakia and 23-year-old Rukhsana, both disfigured by their husbands, and their arduous attempts to get justice.

“This film is a very powerful lesson to those men, by the women, that we are not going to give up, we are waking up, and we are strong,” said Dr. Jawad. “They’ve changed the destiny of lots of other women by giving them courage. They risk speaking out for a better tomorrow.”