Guatemalan Communities Have No Say in Exploitation of Resources 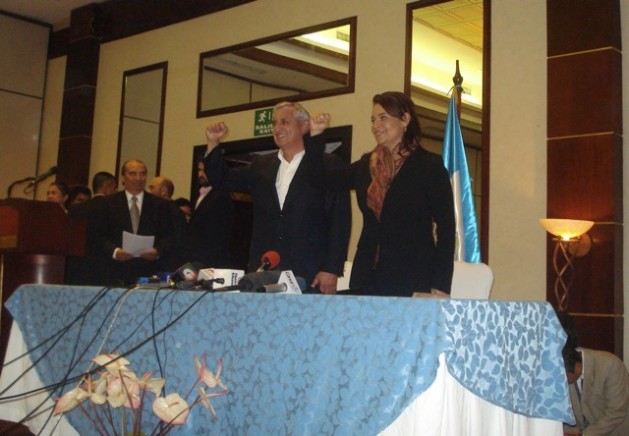 GUATEMALA CITY, May 21 2012 (IPS) - “People haven’t been coming in for the past month or so because they are afraid again, like during war-time,” complained Juan Gaspar, a shopkeeper in the northwestern Guatemalan town of Santa Cruz Barillas, where a fierce battle is raging between locals opposed to a hydropower dam and the security forces.

The conflict broke out in the town on May 1 when private security guards, police and soldiers cracked down on a protest by local residents opposed to the construction of the five-MW Canbalam I hydroelectric complex by the Spanish firm Hidralia. One local peasant farmer was killed in the clashes and two were injured.

In response, right-wing President Otto Pérez Molina declared a state of siege in the town and sent in troops and police with the order to “capture the ringleaders.” The measure was lifted on Friday May 18.

So far, 17 community leaders have been arrested. Hundreds of demonstrators took to the streets on May 15 to demand that they be released, and that the state of siege be lifted.

Gaspar told IPS that before investing in a project such as a dam or mine, investors should engage in dialogue with the local population and take their views into consideration, in order to avoid regrettable incidents. “That’s how it should work,” he said.

When asked his opinion about the dam, the shopkeeper first said he did not support it. But immediately afterwards he said “We have nothing to do with these things; I don’t care one way or the other.”

Perhaps the abrupt turnaround was a result of the heavy police and military presence in the town, reminiscent of the 1960-1996 civil war.

The armed conflict between government forces and left-wing guerrillas left 250,000 people – mainly rural indigenous villagers – dead and disappeared. According to the U.N.-sponsored Historical Clarification Commission, the army was responsible for 93 percent of the killings.

Santa Cruz Barillas highlights the root cause of innumerable clashes between local residents and the security forces in this impoverished Central American country, mainly in rural areas: the exploitation of natural resources such as minerals, oil and hydropower.

“There is no willingness to listen to the demands and needs of local people in the areas where the economic activities are being carried out,” Eduardo Sacayón, the director of the Institute of Interethnic Studies at the University of San Carlos, told IPS.

On the contrary, there is a tendency “on the part of the government to use force to show the companies and investors that it is willing to support them, regardless of the opinion of the majority of the population, who are affected by these activities,” he said.

In April, the government officially announced the creation of a 500-member military brigade in the town of San Juan Sacatepéquez, near the capital, “to fight drug trafficking and bolster citizen security.”

But that area is the site of social conflict, due to staunch opposition to the construction of a cement plant. The community is worried that the factory will hurt local water resources and crops.

“The problem is the lack of interest in studying the needs of indigenous communities, particularly with regard to the exploitation of natural resources,” Sacayón said.

“There is an economic logic that fits in well with the interests of the business community but clashes with the logic of indigenous people, in particular with respect to their relationship with nature, which is very different from that of businesses dedicated to exploiting natural resources,” he added.

According to official statistics, 40 percent of Guatemala’s population of 14 million is indigenous, although native organisations put the proportion at over 60 percent.

Like other countries in Latin America, Guatemala is enjoying a mining industry boom as a result of the high international minerals prices. Earnings from metal mining activities climbed from nine million dollars in 2004 to 522 million in 2010, according to the Ministry of Energy and Mines.

But poor communities complain that they see none of the benefits, while the mines destroy the environment in their territories.

Domingo Hernández with the Convergencia Nacional Maya Waqib’ Kej, an umbrella group of indigenous organisations, told IPS that “the transnationals don’t do a thing to help a country develop; all they do is plunder the resources of the state, while the indigenous population continues to be poor.”

Guatemala is one of the poorest countries of Latin America, with 54 percent of the population living in poverty and 13 percent in extreme poverty, according to the 2011 national census on living conditions. The poverty rate is especially high among the country’s indigenous people.

“There is more repression than dialogue, and if talks are held, they’re just an attempt for one side to impose its will on the other,” said Hernández. “We need to build new relations between the people and the state, marked until now by the state’s divorce from society.”

Environmentalists are also involved in the debate.

Yuri Melini of the Centre for Legal, Social and Environmental Action (CALAS) told IPS that his organisation is in favour of the construction of hydropower dams as a way to reduce use of fossil fuels, which are predominant in Guatemala’s energy mix.

“But the local populations should benefit by means of public-private partnerships, where shareholders participate through cooperatives,” he argued.

With regard to the use of toxic chemicals in metals mining, however, he did not mince words: “It should be banned in the country,” due to the pollution and social conflicts it causes, he said.

Melini condemned violence, “wherever it comes from,” and called for dialogue “free of radical ideologies.” (END)