RIO DE JANEIRO, Jun 20 2012 (IPS) - The world’s countries have committed themselves so far to restoring just 18 million hectares of forests by 2020, barely 12 percent of the goal of 150 million hectares agreed by the Bonn Challenge in 2011. 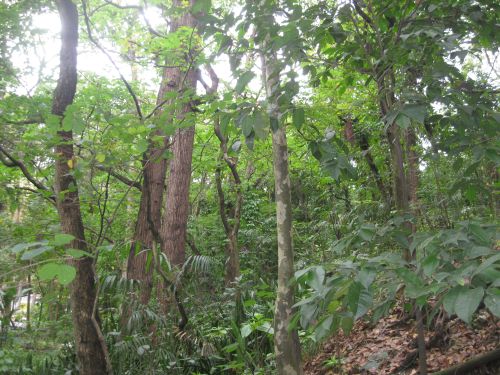 The announcement was made on Monday, Jun. 18 at the United Nations Conference on Sustainable Development, or Rio+20, by the International Union for Conservation of Nature (IUCN), which made a global appeal for more countries to join the voluntary campaign and pledge to reforest and restore green areas.

Two billion hectares on the planet are currently in need of restoration, said Stewart Maginnis, IUCN director of Nature Based Solutions.

“What we are trying to see is real action. Let us achieve this target of 150 billion hectares in a good quality. We have already 10 percent of the commitments. I believe we will see a significant move by the end of the year,” Maginnis told IPS.

Because of the voluntary nature of the campaign for commitments, countries that join it or decline to do so will not be subject to any penalties. However, Maginnis said “there is a lot of enthusiasm, countries want to move forward.”

According to IUCN President Ashok Khosla, forest restoration has major positive impacts on ecosystems and biodiversity.

The goal for 2020 is ambitious but achievable, Khosla said, adding that it would require an investment of 18 billion dollars a year.

The U.S. Department of Agriculture’s Forestry Service alone has announced it will restore 15 million hectares.

The government of Rwanda has also promised to restore two million hectares.

Brazil’s Atlantic Forest Restoration Pact, a coalition of government agencies, NGOs and private sector partners, announced a plan to recover one million hectares in the country.

According to the IUCN, restoration of 150 million hectares would inject 80 billion dollars into the global economy, and would cut the greenhouse gas “emissions reduction gap,” which exacerbates climate change, by up to 17 percent.

Gustavo Sánchez, head of the Mexican Network of Campesino Forestry Organisations (Red MOCAF) and a member of the Mesoamerican Alliance of Peoples and Forests (AMPB), said that in Central America alone there are 20 million hectares of green areas that need to be restored.

“There are many examples of unsuccessful reforestation projects, used for propaganda purposes. A policy of forest cultivation cycles must be designed; planting a tree is just one step,” Sánchez told IPS.

“The next thing is to plan how the restoration is to be done. We propose productive reforestation with sustainable ecological goals,” he said.

Sánchez said he supported the idea of a regional sustainable development fund in Central America, although he admitted the governments are not adequately integrated. “But at national level, each country can create a fund to guarantee lines of credit,” he said.

Activist Bianca Jagger, mobilising public support for the Bonn Challenge, made a global appeal for the Plant a Pledge campaign, an online campaign for individuals to take part in a global petition to be delivered to the U.N. climate change talks in Qatar, in November.

“This is the largest forest restoration initiative the world has ever seen. We cannot continue to degrade ecosystems. When we reach the goals, we will see tangible impacts for future generations. This is only the beginning: we still have to persuade politicians all over the world,” said Jagger, the campaign ambassador.

“We must bridge the gap between governments, the adoption of commitments and carbon emissions,” she added.

According to the Food and Agriculture Organisation of the United Nations (FAO) report “State of the World’s Forests 2012”, green areas are the best way to store carbon.

The world’s forests store 289 gigatonnes of carbon in their biomass alone, and therefore can be used as a tool to mitigate climate change. Green areas also harbour two-thirds of the earth’s biodiversity, the report says.

Maginnis stressed that negotiators of the Rio+20 outcome document must recognise the importance of restoring the world’s forests, and indicate this in the final text.

“We were disappointed that forest restoration was withdrawn from the original text. The document as it stands today does not include agroforestry actions that would improve soil conservation,” he said.

“We want the negotiators to recognise the importance of restoring green areas. This issue must be put back on the agenda,” said Maginnis.