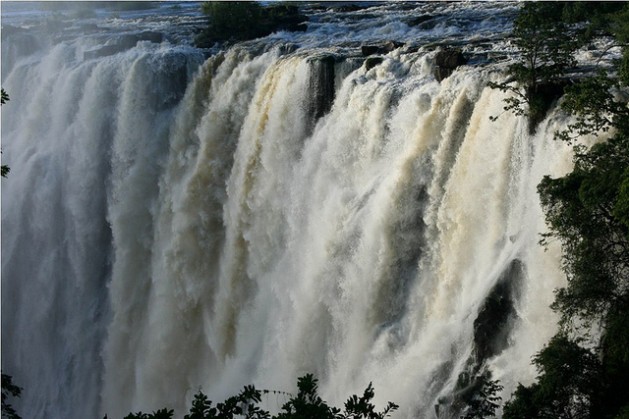 HARARE, Jun 5 2012 (IPS) - The Southern African Development Community’s protocol on shared watercourses is recognised as one of the world’s best. But sound agreements on the sustainable and equitable management of joint water resources require effective means to implement them.

Water officials from across Southern Africa are meeting in Harare, Zimbabwe, on Jun 5-6 to develop a mechanism to monitor the implementation of the regional agreement.

SADC’s 2003 Revised Protocol on Shared Watercourses stresses a basin-wide approach to managing transboundary waters, rather than an emphasis on territorial sovereignty. It spells out the objectives of sound management as including coordinated management, sustainable use, and environmental protection.

The river basin organisations that are holding their fifth meeting in Harare are charged with promoting equitable use, setting out strategies for the development of shared rivers and lakes, and developing a policy for monitoring shared watercourses.

Armed conflict over water has long been predicted; most recently the United States Office of the Director of National Intelligence said such wars would break out within the next decade. But although many parts of the region are already facing water stress, SADC expects its numerous transboundary watercourses to be the basis of closer cooperation rather than conflict.

“They say the next wars will be fought over water,” Dr Kenneth Msibi told IPS in Harare, ” but with these agreements, we are making sure that water will instead be an instrument of peace.”

Msibi, a water policy and strategy expert at the SADC Secretariat, said the water sector is critical in helping build regional integration. “Cooperation will also lead to further integration and water is an engine for development and this means a tool for poverty reduction. This means protocols for shared water are critical for regional integration.”

Sipho Nkambule, the chief executive officer of the Komati Basin Authority, which coordinates management of a river system that extends across South Africa, Swaziland and Mozambique, said he would use the Harare meeting as a chance to compare notes on how other river basin authorities were monitoring implementation.

He said the main challenge was explaining management of a shared river to people living along its banks.

“People are struggling to understand why they should share the resource with others,” Nkambule said. “Those upstream are not happy to be told to allow water to pass, when they want to trap it for their own needs.”

“Member states should notify each other on development projects along the basin, as notification is crucial and failure to do so may create problems downstream and might impact negatively on other members,” he said.

As an example, Sitoe mentioned a recent complaint in which the Botswana government felt their South African counterparts should have officially informed them before beginning a development in the river basin.

The LIMCOM head said that while regional agreements allowed for disputes to be taken to the SADC Tribunal, there were a number of conflicts in the region that were being discussed behind closed doors.

“It’s good that we are trying to prevent these conflicts,” Sitoe said, “and we are building trust so that everything runs smoothly.”

Officials from across the region are agreed that implementation of the 2003 Revised Protocol on Shared Watercourses will promote peace and stability in the region.

Msibi said the river basin organisation meeting – which welcomed its latest full member, the Zambezi Watercourse Commission, whose founding agreement was ratified in September last year – was meant to provide guidelines and reach a consensus on what indicators would be used and how these could be applied in each of the region’s transboundary river systems.

“We are taking input from all the stakeholders, we will discuss the tool and indicators to monitor progress,” Msibi said.