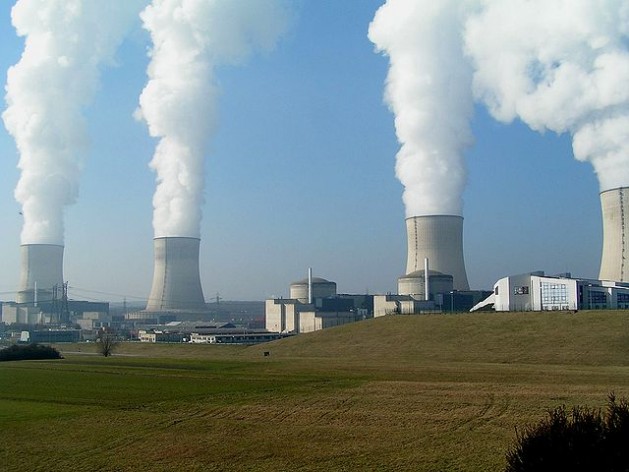 If the reactors come online in the coming years, they would be the first new reactors in the U.S. in decades. Credit: Stefan Kühn/GNU License

The documents show the energy department (DOE) provided a sweetheart deal to Southern Company, the largest stakeholder in a consortium of utility companies that has been offered loan guarantees for two new nuclear reactors proposed for Plant Vogtle in Georgia.

If the reactors come online in the coming years, they would be the first new reactors in the U.S. in decades.

According to the documents, the DOE was going to charge Southern Company a credit subsidy fee of between half of one percent and 1.5 percent, well below the rates that DOE has charged other companies.

Advocates argue the fee is so low that it fails to adequately take into account the financial risks of the project.

Southern Company’s rate is lower than what college students in the U.S. pay in origination fees on their federal student loans.

For Southern Company, the credit subsidy cost for their share of an 8.3-billion-dollar loan guarantee would be only 17 to 52 million dollars. The utility company has not yet officially accepted the loan guarantees.

SACE originally sought the information in March under the freedom of information act (FOIA), a law which provides open access to government information.

However, DOE officials cited FOIA exemptions that they said allowed them to withhold the documents from the public. The main exemption cited was that it was private business information proprietary to Southern Company, Mindy Goldstein, director of the Turner Environmental Law Clinic at Emory University, told IPS.

In March, a Washington, DC circuit court judge ordered the terms of the loan guarantees to be made public. In May, the SACE and the DOE came to an agreement on other documents SACE was seeking.

“Some of the documents were released in unredacted form, so you can see Southern Company employees’ sort of dialogue and involvement in the credit subsidy fee,” Sara Barczak, programme director for SACE’s High Risk Energy Choices programme, told IPS.

“There’s a look (among the documents) that shows the utilities were involved in the negotiations. This is taxpayer dollars, (but) taxpayers were not privy to these negotiations,” Barczak said.

If not for the lawsuit, “taxpayers would never have learned of this sweetheart deal and how Southern Company seems to have had a hand in the agreement,” she said.

“I’m not going to comment specifically on the rate,” Steve Higgenbottom, a spokesman for Southern Company, told IPS.

“As far as the risk, we believe Southern Company is uniquely positioned as a very strong credit-worthy candidate for the loan guarantees,” he said.

Meanwhile, the Plant Vogtle project appears to be in trouble, with major cost overruns and construction issues already in the initial stages of construction.

Environmental advocates, including Bobbie Paul, executive director of Georgia Women’s Action for New Directions, estimate that the cost overruns already for the co-owners of the new reactors at Plant Vogtle is just short of one billion dollars.

“We’re approaching a billion. It’s 900 million plus, when you look at the share of delays in construction; they’ve had problems with Shaw, a company in Louisiana in charge of producing a lot of parts of this,” Paul said.

Construction problems include issues involving the concrete base mat and the reinforcement bar or “rebar”. These problems and others have required dozens of amendments requested to the federal license for the two new Vogtle reactors.

Higgenbottom acknowledged the issues to IPS. “What occurs when you go from design drawings to actual work in the field, things will and are going to change.”

For example, he said that the company asked to pour a thicker concrete base mat because of unanticipated issues with the mud mat, which goes below the base mat.

He also said there were discrepancies between the design control document that had been produced by the contractors, and the field drawings that had been approved by the government, for the rebar. This required an amendment as well.

“Just the ineptitude of this huge project – they have all this time, all this money – our money, taxpayers’ money in loan guarantees, and ratepayer money we’re paying monthly,” Paul said.

As previously reported by IPS, Georgia ratepayers are paying for the construction of the nuclear reactors in advance through fees on their monthly electricity bills totaling 1.4 billion dollars.

“Now, they’re having all these problems – the Southern Alliance (SACE) and WAND said this was going to happen because you don’t have a good track record,” Paul said.

Despite the construction problems and the dispute among companies involved, Southern Company claims that they’re still running under budget.

However, Barczak says she believes such a claim is deceptive.

First, she notes that Southern Company is behind schedule, so while they may seem to be under budget, it is because they have not spent money that they had budgeted to have already spent. Barczak also notes that it is not yet clear what Southern Company’s liabilities are going to be in some of the construction disputes that have not yet been resolved.

At a recent hearing of the Georgia Public Service Commission, William Jacobs, an independent construction monitor appointed for Vogtle, warned that more delays and cost overruns are likely because Southern Company does not have a long-term schedule for the plant, and is operating on plans of around six months at a time, according to an article in the Atlanta Journal-Constitution newspaper.

The new reactors are scheduled to come online in 2016 or 2017, but are already several months behind schedule.

Yet environmentalists warn that they are not a done deal yet.

A lawsuit challenging environmental permits provided by the Nuclear Regulatory Commission for allegedly failing to take into consideration safety issues that have arisen following the Fukushima disaster is still pending, according to Goldstein.