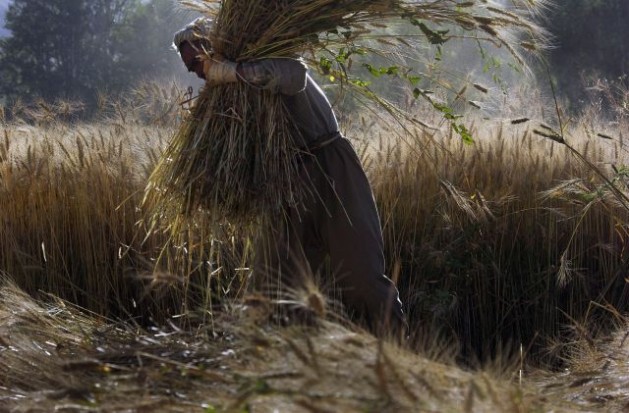 WASHINGTON, Jul 10 2012 (IPS) - For the first time, international donors gathered in Tokyo over the weekend explicitly tied ongoing financial aid for Afghanistan to progress made in the country’s economy and governance.

“We know Afghanistan’s security cannot only be measured by the absence of war,” U.S. Secretary of State Hillary Clinton said in Tokyo on Sunday, where over 70 international donors gathered to define a new aid framework for Afghanistan following the departure of international military forces in 2014.

“It has to be measured by whether people have jobs and economic opportunity, whether they believe their government is serving their needs, whether political reconciliation proceeds and succeeds.”

While such issues have been raised repeatedly following the fall of the Taliban in 2001, the international summits on Afghanistan – including four over the past year alone – have invariably focused on the security situation, particularly on progress made in handing over responsibility to the Afghan military in the run-up to 2014.

However, Afghanistan has inked bilateral military partnerships with several governments in recent weeks. Kabul and Washington signed such an agreement late last week, with the United States anointing Afghanistan as a “major ally” outside of the framework of the North Atlantic Treaty Organisation (NATO).

With the major military agreements now essentially in place, then, donors in Tokyo were able to focus on how funding would go forward outside of military spending. Afghanistan’s overall security will continue to hinge greatly on international assistance, with aid currently making up some 95 percent of the Afghan government’s budget.

According to Sunday’s agreement, however, that money will come with new strings aimed at cutting down on corruption and ensuring progress on economic and governance issues, as well as continued adherence to international norms on human and civil rights as currently enshrined in the Afghan constitution.

The Tokyo Mutual Accountability Framework, an annex to the communiqué released following Sunday’s conference, heralds a “paradigm shift” in the nature of the partnership between the Afghan government and the international community. “The Tokyo Conference is the turning point to begin this re-definition in our partnership,” it states.

Perhaps most importantly, this sea change seems to include a significant move towards aligning aid monies behind the Afghan government.

For instance, donors pledged to increase the share of assistance delivered through the Afghanistan Reconstruction Trust Fund or other routes requested by the Afghan government to 10 percent, with a promise of increasing this to 20 percent by 2025 following Afghan action on anticorruption and broader good-governance measures.

“Incentive programs should seek to provide the Afghan Government with more flexible, on-budget funding in conjunction with progress on specific economic development achievements,” the framework states.

The framework also reaffirmed a previous commitment to channel at least half of future development aid through the Afghan government’s national budget and at least 80 percent towards priority programmes as defined by Kabul, both longtime demands by observers of Afghanistan’s at times seemingly broken transition and development process.

An inherent part of the changes announced in Tokyo is the recognition that, in the words of the framework, “delivery of assistance … cannot continue ‘business as usual’”. As the driver of both the military and development approach in Afghanistan over the past decade, of course, much of this language is pointed at the United States.

“Today, it’s really hard to find anyone to defend U.S. foreign assistance in Afghanistan over the past several years. There is a universal recognition that things went off the rails and widespread cognisance that something needs to be done differently,” Justin Sandefur, a research fellow with the Center for Global Development (CGD), a think tank here in Washington, told IPS after returning from a trip to Afghanistan.

Still, Washington appears to be fully on board with the Tokyo announcements.

“You have to remember that all of this is happening with the impending realisation that the United States is pulling out in 2014 – suddenly, we have to hand things over one way or another,” points out Sandefur’s colleague, Danny Cutherell, a policy analyst with CGD who was also recently in Afghanistan. “The U.S. government needed to show to the rest of the world that this is going to be done rationally.”

Sandefur points out that a notable sign of change is the fact that USAID, the United States’ foreign aid agency, is participating at all in such joint pledges, much less making commitments to put substantial aid monies through the Afghan government budget, something it has been loathe to do in the past.

In Tokyo, “There seemed to be some triage in terms of the goals set,” Sandefur admits. “If these goals are followed through on, though, the U.S. will be moving away from relying on private contractors for stabilisation, maybe scaling back on large-scale infrastructure development, and really refocusing efforts on building up the Afghan state.”

As is to be expected from such a conference, the talks in Tokyo were stronger on aspiration than on detail. As such, the overwhelming response to the Tokyo pledges, whether financial or ideological, warn that nearly everything depends on how exactly the many promises made in Tokyo are carried out in the coming years, both in Kabul and around the world.

The Tokyo framework “is a welcome step, but the proof will be in the implementation,” Louise Hancock, the head of policy and advocacy for Oxfam Afghanistan, an aid agency, told IPS.

“Supporting civil society to monitor aid spending and hold authorities to account is also key. If they get more donor support, Afghan civil-society organisations can help by monitoring how foreign aid is spent, highlighting waste, and helping Afghan people, donors and their taxpayers get better value for money.”