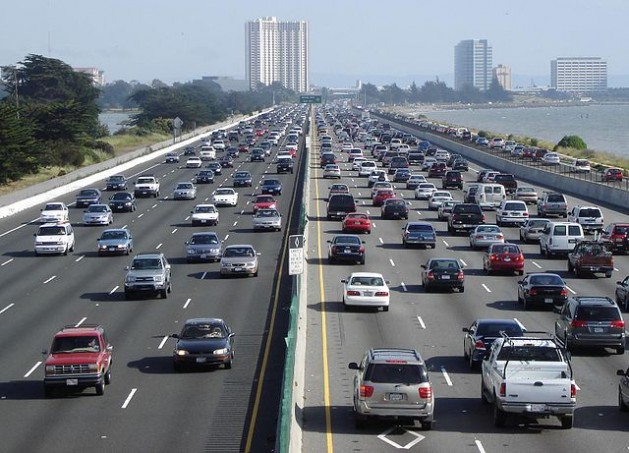 NEW YORK, Nov 7 2012 (IPS) - The concept of degrowth is not a very comfortable one in overdeveloped countries such as the United States.

But with the planet’s resources stretched to the limit, many argue that an action plan is needed to prevent the world’s largest economy from getting any bigger, especially with the global population projected to grow by another two billion by 2050.

Burgeoning population, flourishing economies and unsustainable consumption are putting a lot of pressure on Earth, disrupting ecosystems and the livelihoods of many human beings. The Global Footprint Network, an international sustainability think tank, estimates that humanity uses the equivalent of 1.5 planets to provide the resources people consume and absorb the waste they produce.

The human footprint on Earth’s systems has more than doubled over the last decades, and experts warn that humanity needs to significantly shrink its economy, while promoting environmental protection and diminishing inequalities.

“This intentional societal shifting is essential for a world where seven billion humans are depleting Earth’s biocapacity and threatening the collapse of key ecosystem services, like climate regulation, fisheries, pollination, and water purification,” Erik Assadourian, a senior fellow at the Worldwatch Institute, told IPS.

“By not proactively pursuing a path of degrowth, then we accept that instead of degrowth we’ll have an uncontrolled global contraction that will lead to much more discomfort and human suffering than degrowth ever would,” he added.

However, the ambitious aim of convincing richer countries to undergo drastic lifestyle changes is proving more elusive than ever.

Moreover, the necessity for degrowth comes at a time when the poorest one-third of humanity is still relying on increasing consumption to cope with a growing food demand and ensure a decent quality of life.

“Sustainable degrowth, in an environmental as well as a social sense, would require some sort of eco-socialist society,” Petter Næss, professor in Urban Planning at the Danish Aalborg University and author of many books that deal with issues of economic growth and sustainability in the urban context, told IPS.

“Major hurdles to such development are the strong ideological and discursive power held by proponents of the dominant growth regime, including the influences through media, advertising and the fact that people’s social status is often judged from their consumption level and wealth, as is their possibility for political influence,” he added.

But planned economic degrowth, far from being inconvenient, may constitute a useful tool to advance sustainable development and poverty eradication, while promoting greater social equity.

“The main challenge degrowth entails is the obvious one: how do we convince those with wealth and power to be willing to redistribute this to others – both within and across societies. All would benefit if that dynamic were altered,” Assadourian told IPS.

In “State of the World 2012: Moving Toward Sustainable Prosperity“, issued by Worldwatch earlier this year, Assadourian highlights creative policies and new concepts in which economic degrowth can lead to an improvement in sustainable development, while solving a range of societal problems.

For instance, “supporting efforts to create informal economic opportunities like small-scale farming and community gardening, bartering, and repair could help in creating new means for people to sustain themselves,” Assadourian says in the report.

Partially relying on self-provisioning could lead to improving the overall well-being of people while reducing their dependence on a globalised food system at the mercy of recurrent extreme weather events, such as droughts and floods.

“While this would be seen negatively by some, the newfound leisure time and less-stressful lives would offset this – especially if governments also strengthened their traditional role of providing a robust set of public goods: libraries, public transit, safe drinking water, and so on.

And these public goods could be funded by increased taxation of the wealthiest, which would also help reduce luxury consumption by the very segment of society having the largest ecological impact on the planet,” Assadourian added.

Asked whether it is possible to develop a strategy to deal with growth and degrowth simultaneously, he said that even in countries such as the U.S. where the whole economy has to degrow significantly, certain sectors, like renewable energy and sustainable agriculture, should still grow.

The concept of degrowth is gaining attention in countries such as Italy and France. For instance, there are currently 69 Italian cities and towns adhering to the network of ‘Cittaslow’ , a movement founded in 1999 that expanded broadly beyond Italy over the last decade.

“Cittaslow” aims at improving the quality of life in towns by “slowing down its overall pace”, especially in a city’s use of spaces and the flow of traffic, ensuring a healthier lifestyle, promoting cultural diversity and uniqueness of the city, while protecting the environment.

More recently, the 3rd International Conference on Degrowth, Ecological Sustainability and Social Equity, held Sep. 19-23 in Venice, has provided a unique venue for sharing and discussing issues ranging from food sovereignty, energy transition to debt crisis and participative politics, with a particular focus on the solutions and comprehensive degrowth strategies that can be applied in the global South.

“Regulations to ensure a gradually more fair and equitable distribution of wealth and income between the inhabitants locally, nationally and, through U.N.-adopted international taxes and distribution mechanisms, between nations should be implemented,” Næss told IPS.

He warned that, in the absence of such powerful redistribution mechanisms, negative impacts of a degrowth policy, such as severe hardship among the least wealthy parts of the population, increasing societal cleavages, xenophobia and racism will gain a stronger foothold.