GENEVA, Nov 22 2012 (IPS) - There are numerous reasons to believe that the forces that have been driving growth in developing and emerging economies since 2009 cannot be sustained over the medium term. At the same time, it is impossible to return to the extremely favourable international economic conditions that prevailed before the eruption of the global crisis. 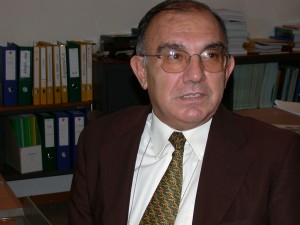 This means that unless there are fundamental changes in the way these countries are integrated into the world economy, the stunning recent ascent of the South may prove to be a passing phenomenon, and the speed of its convergence with the income levels of advanced economies may slow considerably in the coming years.

Developing countries face two interrelated challenges, which demand a rethinking of their strategies:

In the immediate future, they face the risk of a significant drop in their growth rates, which could be quite severe if the European recession deepens, bringing down the U.S.

Second, in the medium term they cannot go back to the kind of growth they enjoyed during the subprime expansion even if the advanced countries succeed in recovering fully and settling on a rigorous and stable growth path.

Developing countries now have a narrower policy space for a countercyclical response to deflationary and destabilising impulses than they had after the Lehman collapse in September 2008.

In the past few years, fiscal and external imbalances have widened significantly in many emerging economies. Despite this, they need to deploy all possible means to prevent a sharp slowdown of economic activity and a hike in unemployment.

Many developing and emerging economies, notably in Latin America, have some manoeuvring room in trade policy because their bound tariffs are above the applied tariffs, though the margins are generally quite narrow for the majority of them.

One way out would be to invoke, as a last resort, the General Agreement on Trade in Services balance-of-payments safeguard provisions, designed to address payment difficulties arising from a country’s efforts to expand its internal market or from instability in its terms of trade. If used judiciously, such measures would not necessarily restrict the overall volume of imports but rather their composition.

Selective restriction of non-essential, luxury imports as well as imports of goods and services for which domestic substitutes are available could ease payment constraints and facilitate expansionary macroeconomic policies by making it possible to increase imports of intermediate and capital goods needed for the expansion of domestic production and income.

The provision of adequate international liquidity by multilateral financial institutions could naturally alleviate the need for restrictive trade measures, even though it would not be wise for many developing economies, notably poor countries, to use such liquidity for importing non-essential goods and services.

In the event of large and continued outflows of capital, countries should be prepared to impose exchange restrictions and even temporary debt standstills, and these should be supported by the International Monetary Fund (IMF) through lending into arrears.

China cannot introduce another massive investment package to maintain an acceptable pace of growth without compromising its future stability. Any counter-cyclical policy response should be consistent with the longer-term adjustment needed to maintain rigorous growth and should address the underlying problem of underconsumption.

An immediate increase in private consumption could be achieved through large transfers from the public sector, especially to the poor in rural areas, and sharply increased public provision of health and education. The former would raise the purchasing power of households while the latter would help reduce precautionary savings.

China also needs to raise the share of wages in the gross domestic product (GDP) a lot faster than is promised by recent measures in order to shift to a consumption-led growth path.

Through its growing demand for commodities, China is already playing a key role in growth in commodity-dependent economies. However, it is not an important market for exporters of manufactured goods.  At present, the size of its consumer market is less than 20 percent.

Therefore, to provide an important market for developing and emerging economies, China needs not only to raise the share of wages and household income in GDP, but also to increase the import content of consumption.

A shift to wage-cum-consumption-led growth would not mean that China would cease to be a major exporter of manufactured goods to finance its growing imports.

Even though an important part of the increased consumption demand might be met by domestic producers, such a shift would entail a significant increase in imported manufactured consumer goods.

China also needs to export manufactures in order to finance its growing commodity imports, which have now reached almost 10 percent of GDP, and imports of capital goods from more advanced economies. In other words, a shift to consumption-led growth by China may not significantly reduce the share of imports and exports in GDP.

For other developing and emerging economies policy challenges vary, but they are all linked, one way or another, to accumulation and productivity growth.

Commodity exporters in Latin America have little control over the two key determinants of their economic performance, namely capital flows and commodity prices, and their main policy challenge is how to break out of this dilemma and gain greater autonomy in growth.

Low levels of investment and productivity growth are the main reasons for Latin American deindustrialisation, somewhat aggravated by recent booms in commodity markets and capital flows.

Low public and private investment and a high dependence on foreign capital is the very first problem that needs to be addressed, not only in Latin America but also in some exporters of manufactured goods, such as Turkey.

Overcoming all these difficulties requires targeted public interventions, including a judicious use of macroeconomic and industrial policy tools. (END/COPYRIGHT IPS)