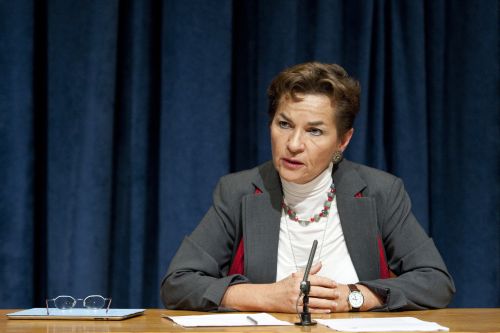 UNITED NATIONS, Dec 14 2012 (IPS) - The results of the United Nations climate change conference that closed in Doha, Qatar on Dec. 8 show once again that the international negotiations are moving steadily in the right direction, but alarmingly slow.

At the heart of these negotiations is nothing less than the most challenging energy transformation the world has ever seen.

Past energy transitions have taken a long time to unfold. Firewood was mankind’s first energy source and was not displaced by coal until the 18th century. With an increasing pace of technological advance, it took one century for oil to replace coal as the primary global energy source.

Climate change is not the only motivation to move toward more renewables and enhanced energy efficiency, but it has injected unequivocal urgency into an otherwise normal evolution.

Despite the evident challenge of capital stock turnover in our existing energy systems, time is not on our side. Science tells us that global greenhouse gas emissions must peak this decade and decrease rapidly thereafter. More importantly, peaking of global emissions must occur soon if we are to lessen human costs. Global extreme weather events in every region of the world provide ample proof of the mounting human costs, in particular to the most vulnerable.

The U.N. is the only platform that grants all countries, large and small, access to global decision-making. The shift toward low carbon requires global participation because every single country is already affected by climate change and because of the need to deliberately guide an accelerated global changeover. Furthermore, the scale and pace of economic development driven by technology and the free movement of capital makes global participation essential.

Following important steps forward over the last two years at Cancun and Durban, in Doha 37 countries (all European Union members, Australia, Belarus, Croatia, Iceland, Kazakhstan, Norway, Switzerland, and Ukraine) adopted legally binding emission reduction targets bringing them collectively to a level 18 percent below their 1990 baselines over the next eight years. The targets are underpinned by stricter accounting rules and are open to further strengthening by 2014.

In addition, in Doha all countries confirmed their determination to reach an agreement applicable to all by December 2015, based on the latest science.

Governments are clearly steering the world toward a major transformation, but have not yet proven their intent through a robust and immediate implementation of what has already been promised. Governments must and can accelerate climate change action, not because of altruistic reasons, but because it is in their national interest to do so.

The U.N. is the venue for global decision-making, but it is not the driver of domestic decisions. Domestic interests in resource sustainability, stability and competitiveness are the powerful drivers of action on climate change.

The U.N. process is the centre of international engagement, but it is not the circumference of action on climate change. In response to the slow but steady progress in international negotiations, and to capitalise on the new low-carbon economy, 33 countries and 18 subnational jurisdictions will have carbon pricing in place in 2013, covering 30 percent of the global economy and 20 percent of emissions.

By 2011, 118 countries had climate change legislation or renewable energy targets, more than double the number in 2005. There are increasing local, voluntary efforts to reduce deforestation and emissions not covered by the U.N. framework. In 2010, renewables accounted for 20.3 percent of worldwide electricity, compared to 3.4 percent in 2006.

The signs of movement toward low-carbon are everywhere, but are still insufficient. Low-carbon must soon be the norm and not the novelty.

Governments have charted the course, but they are moving slowly. None are at maximum potential. Neither is anyone else. The private sector can and should move more purposefully. The finance sector can and should invest more aggressively. Technology can and must advance more rapidly. No one is exempt from the responsibility, or from the opportunity, to contribute to the solution.

We need maximum effort from everyone. We need to move beyond the zero-sum mentality to cooperative action in pursuit of an urgent shared objective. We need mutually reinforcing efforts to accelerate the momentum toward a low emission economy. Together we can migrate from the politics of blame to the politics of opportunity.

The 2015 agreement must ensure equitable participation of all nations and be responsive to the exigencies of science. Above all, it must be a testament to the will of our generation to act.

Ultimately, history will judge us on whether we have reduced greenhouse gases enough to avoid the worst climate change. The fact is that we can do this right now in ways that both boost the economic sustainability of everyone and at the same time safeguard those most vulnerable to the adverse effects of climate change. And that is why a universal agreement is necessary and possible.

*Christiana Figueres is the Executive Secretary of the United Nations Framework Convention on Climate Change (UNFCCC).