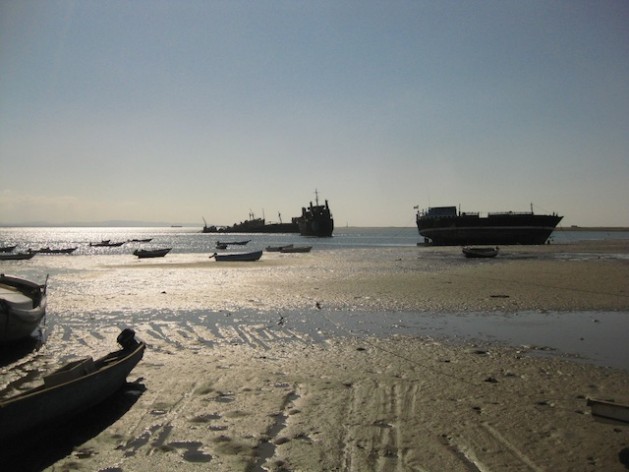 About 30,000 ships pass by Berbera Port in Somaliand every year from Europe, the Middle East and Asia. Credit: Nicholas J Parkinson/IPS

HARGEISA, Dec 3 2012 (IPS) - As Somalia starts to emerge from its quagmire of instability and chaos, 20 years of relative peace and stability are starting to pay dividends for its close neighbour Somaliland, as this November it struck its first major oil deal since seceding from Somalia in 1991.

Anglo-Turkish company Genel Energy received its licence from the Somaliland government in early November to explore and develop oil and gas reserves after pledging almost 40 million dollars for exploration activities. Genel told IPS “Somaliland provides an exciting geological opportunity, and we look forward to starting work in the region.”

The independent oil and gas exploration and production company has become the first foreign investor to commit a significant amount of capital to the country’s energy sector, after initial investigations demonstrated “numerous oil seeps” confirming “a working hydrocarbon system,” a statement from Genel said.

Genel Energy, headed by erstwhile BP CEO Tony Hayward, is due to start exploration before the end of the year.

The driving force of this Horn of Africa nation’s economy has traditionally been livestock. With a huge livestock population that triples the 3.5 million civilian population, the livestock trade generates up to 65 percent of the country’s GDP, Somaliland’s Minister of Planning Dr. Saad Shire told IPS. 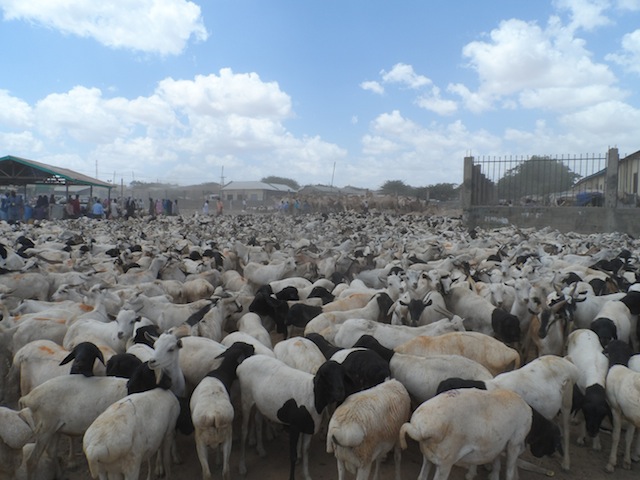 With a limited national budget of 120 million dollars, the Somaliland government is now starting to receive much-needed revenue from foreign private investors to support its development.

Somaliland’s oil and gas reserves attracted the attention of other giant energy companies such as South African-based Ophir Energy, Jacka Resources Ltd of Australia, and Petrosoma Ltd, a subsidiary of British-based Prime Resources – all of whom announced their readiness to invest.

Somaliland has suffered from not being internationally recognised for the last 21 years. Its unconfirmed legal identity has hindered its economic prospects – few insurance companies have been prepared to insure foreign investors here. Subsequently, investors have tended to regard Somaliland as an economic leper.

For these reasons the country has also been ineligible for financial support from the International Monetary Fund and the World Bank.

However, in 2012 Somaliland’s private sector started to progress against the odds.

At the beginning of the year, the first United Kingdom-Somaliland investment conference was held to stimulate bilateral trade recognition. And a 17-million-dollar Coca-Cola plant launched in May by a Djibouti conglomerate made it the largest private investment in Somaliland since 1991. Investors are seeing Coca-Cola’s decision to have an operation in the region as a positive statement about the country’s stable business climate.

Somaliland’s Berbera port is also expected to attract major investment in the coming years. It is considered the jewel in the country’s economic crown. Built originally by the Soviet Union during the Cold War, the port currently serves as a major gateway for the country’s livestock exports. There is huge potential for it to be a juncture for oil and gas exports coming out of Africa’s landlocked countries like Ethiopia.

“We are strategically located – Berbera is located in a maritime lane – 30,000 ships pass by our port every year from Europe, the Middle East and Asia. We can develop Berbera into a major port like Singapore – with container terminals, free zones, oil refineries, and services related to maritime business,” Shire said.

The port manager, Ali Omar Mohamed, is irrepressibly enthusiastic about the potential of expanding the port to make it a regional trading hub between Africa and the Middle East.

“This port can be as big and as successful as Djibouti. It is only a matter of time before it attracts investment to modernise and expand it so that we can have the increased capacity we need to realise its full economic potential,” he told IPS.

Shire is confident that if Somaliland produces a stronger commercial legal framework, with proper safety measures to increase private investor confidence, it will attract investment to transform the country into a prosperous flourishing democracy like Singapore. “We have stability and access to a port, we have what investors are looking for. If Singapore can do it, I think we can,” he said.

The lack of insurance available to investors is the biggest barrier to the country’s development according to J. Peter Pham of the Michael S. Ansari Africa Center, which was set up to help transform United States and European policy approaches to Africa.

“Without international recognition and the consequent access to international financial institutions, Somalilanders face serious obstacles to achieving the economic development which would ordinarily accrue to a state with their record of political stability and democratic governance,” he told IPS.

“It is not just a matter of accessing development assistance and international credit, but also of having a legal framework whereby potential private-sector partners could obtain insurance and otherwise secure their investments,” he said.

According to Pham, Somaliland will never be in a position to fully benefit from the natural resources it is endowed with as long as it is refused nationhood status.

“The potential natural resources of Somaliland – including hydrocarbons, minerals, and fisheries – cannot be really tapped in the absence of a resolution of the sovereignty question.”

The urgent need for foreign investment was highlighted in a 2012 to 2016 national development plan produced by the government in December 2011. It outlines the need for overdue investment in the country’s infrastructure such as road building and waste disposal. The total capital required to fund this plan is 1.19 billion dollars.

According to Shire, the bulk of the investment for this is expected to come from external sources like aid donors and foreign investors.

However, there is a danger that without prompt recognition from the international community, development will be too slow and may cause sections of the population to become disaffected and vulnerable to groups like Somalia’s Al-Qaeda-linked Al-Shabaab.

According to Pham, the international community’s inertia in responding to the issue of Somaliland’s nationhood is placing the country in clear and present danger and making it vulnerable to influence from the Islamist terrorist group.

“What the international community needs to understand is that unless something is done to spring Somaliland from the limbo to which it has been consigned, things may not remain all that smooth.

“A growing population of young people whose prospects are limited by the constraints on economic development may find themselves a receptive audience for voices very different from the farsighted leaders who built Somaliland from the ruins of the former Somalia,” he said.