COLOMBO, Feb 27 2013 (IPS) - Lahandapurege Ariyawathie feels she got off lightly – if returning home with 24 nails embedded in your body is lucky.

Ariyawathie, 52, from the southern Sri Lankan district Matara, had left to work as a domestic worker in Saudi Arabia in early 2011 with hopes of building a house back home. She worked only five months, and returned home with oozing wounds after burning iron rods were inserted into her skin by her employers.

“I feel I got off lightly, worse things could have happened to me,” Ariyawathie told IPS standing in front of her new house – built by the Foreign Employment Bureau and the National Housing Authority after her return and the ensuing controversy.

She has reason to feel lucky. On Jan. 10 this year Rizana Nafeek, a 25-year-old maid jailed in Saudi Arabia for the accidental death of an infant in her care was beheaded without any notification to the family or Sri Lankan authorities.

“The same would have awaited me,” says Ariyawathie, who says she still has six metal objects in her body.

Nafeek was in prison since 2005 and on death row since 2007. She was sent to Saudi Arabia on a forged passport when she was 17. According to her family and others familiar with her case, job agents manipulated the poverty-stricken family and sent the young girl to Saudi Arabia for household work. 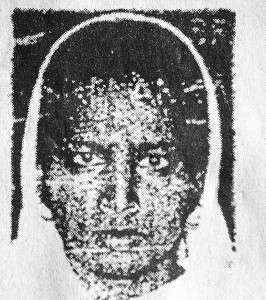 She ended up caring for a four-month-old infant, work she was untrained for. The infant choked while Nafeek was bottle-feeding her. Activists say that Nafeek received neither proper trial nor the appropriate consular and legal support.

Her family from the remote village Muttur in the north-eastern Trincomalee district is resigned to their fate. “What can we do, we have to go on, nothing more can be done,” her father Abdul Mohammed Nafeek told IPS.

Researchers say such helplessness is instilled into domestic workers and their families by recruitment agencies and scouts who travel to remote villages to locate women like Nafeek.

“That is what people have been led to believe, that there is no protection, that they are in a foreign land without any protection,” Miyuru Gunasinghe from the Law and Society Trust, a national human rights advocacy body told IPS.

Gunasinghe said some countries like the Philippines have signed bilateral agreements with Saudi Arabia to safeguard the rights of workers. “The Philippines is a great example, it suspended sending workers to Saudi Arabia for a year till it could negotiate an agreement.”

Bilateral agreements do more than guarantee minimum pay, stipulated working hours and living conditions; they include worker rights. Sri Lanka has such agreements in place with Bahrain and Jordan. The agreements also make sure that all workers are treated equally and not according to individual contracts or tribal laws.

Despite the public outcry over the beheading, the Sri Lankan government is yet to indicate that it is lobbying the Saudis for a bilateral agreement.

Following a proposal made by foreign employment minister Dilan Perera two weeks after the beheading of Nafeek, the Cabinet approved a proposal to raise the age limit for domestic workers seeking employment in Saudi Arabia to 25 years. For the rest of the Middle East it remains 23 years.

The workers also have to complete a residential training programme of 21 days and obtain a national level housing keeping certificate.

Gunasinghe said that increasing the age bracket hardly serves the purpose. “You can be 25, but if you have studied up to only level 5, don’t know English and cannot operate any appliances, we are left with the same problem.”

The researcher said that the government should stress training and sending qualified workers at a higher pay.

Ariyawathie went to the Gulf after the three-week government programme that included language training.

But she got into trouble with her employers because she could not communicate with them, nor could she operate electrical household appliances. “I was abused because I could not understand what they were telling me.”

Law and Society Trust’s Gunasinghe said that the government should consider stringent laws to govern recruitment agencies, and redraft the foreign employment bureau act to include workers’ rights. In its current form the act only deals with promoting foreign employment.

She says if the millions who work overseas are given voting rights, politicians will become more attentive to their needs.

Despite the low skills and low pay (some domestic workers are paid as little as 100 dollars per month), worker remittances are the highest foreign revenue earner for the island. This year they are likely to bring as much as five billion dollars.

There are an estimated two million Sri Lankans working abroad. At least 800,000 are female domestic workers, most in the Gulf. Saudi Arabia still remains their most favoured destination.

But there are subtle changes taking place. Since late 2011, when reports of abuse spread in the media, some workers have shown a reluctance to fly to Saudi Arabia. Agents have been paying a premium of 800 dollars for any woman who departs.

In Muttur, Nafeek’s home village, women have led a signature campaign seeking a ban on sending domestics to Saudi Arabia.

“People think Muttur remained silent. It did not, we did not get justice. We do not want Rizana’s death to be just another statistic,” said Mohammed Jihad, a social worker from the village.