* In this column, Leonardo Padura -- a Cuban writer, journalist and winner of the 2012 National Literature Award, whose novels have been translated into more than fifteen languages -- writes that a series of economic and social measures, in many cases convulsing Cuba’s centralised, state-run political model, are beginning to change the face of the social and economic framework of this Caribbean island.

HAVANA, Feb 27 2013 (IPS) - The Cuban National Assembly, the parliament, has just passed a historic milestone: the visible turning point when one momentous and complex phase in the life of the country begins to come to a close, and a door opens on a future that, however hard to predict, will in many ways be different. 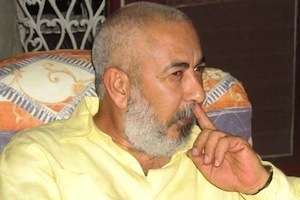 General Raúl Castro, re-elected on Sunday Feb. 24 by the Assembly as president of the Council of State and the Council of Ministers for the legislative period 2013-2018, publicly reaffirmed that, independently of constitutional changes to limit terms for high positions, this will be the 82-year-old’s last mandate as head of state.

While Raúl made this declaration, former president Fidel Castro, in his 87th year — who held the reins of power in this nation for over 46 years — witnessed from his first-row seat in the parliament the statement that marked the beginning of the end of a historical period stamped by his personality and his style of government.

As it enters this period of potentially transcendent closures and openings, the country is already different to that governed by Fidel in 2006, when he became seriously ill and had to step down from power, first provisionally, then, in 2008, definitively.

Although the essential system has not changed, and there is still a one-party structure, the same electoral system and a socialist economy, it cannot be denied that the reforms introduced by Raúl as part of the “process of updating the Cuban economic model”, and transformed into a political programme as the “Lineamientos de la política económica y social” (Economic and social policy guidelines) approved in 2011 by the Sixth Congress of the Cuban Communist Party, have gradually changed the reality of the country.

A series of economic and social measures, of greater or lesser scope, but in many cases convulsing the centralised, state-run political model, are beginning to change the face of the social and economic framework of this Caribbean island.

Among these changes is the elimination of prohibitions that limited the capability of self-realisation (access to mobile phones, the possibility of buying and selling houses and cars, etcetera), the various modifications that have been introduced (expansion and facilitation of self-employment, turning over unused state land to private farmers, creation of cooperatives, greater opportunities for marketing agricultural produce, availability of bank credits, a new tax law, among others), and even as transcendent a decision as approving a migration reform that, for the first time in half a century, allows free movement for the vast majority of Cuban citizens.

In parallel, the government of Raúl Castro has launched other campaigns, to strengthen the institutional environment of the country, to combat corruption at different levels of the economic apparatus, to change officials in charge of ministries and decision-making posts, and even an ostensible change in the style of government, moving away from grandstands, speeches and the constant and costly convening of mass mobilisations as part of the “battle of ideas”, to meetings behind closed doors where concrete goals are set, which to a greater or lesser extent have been making their influence felt in national life.

President Castro’s express purpose, ratified at his re-inauguration on Sunday, is to preserve the socialist system installed on the island in 1961. And for this he has tried to shore up the inefficient economy of the country and to find leaders among the upcoming generation who will be capable of sustaining it in the short to medium term, when Raúl and the other members of his generation can no longer fulfill their responsibilities, due to their age, and it seems, due to a forthcoming constitutional law.

However, in his latest public appearances the re-elected president has said that the most important “updating” motions are yet to come. Little is known about the nature of these changes, although there is much speculation.

Without doubt, the major challenges of any government in Cuba will be economic: the inevitable elimination of the dual currency that distorts the macro-economy, the micro-economy and family economy; the urgent need for wage increases to bring them in line with a living wage for the population; encouraging foreign investment capable of renewing the ageing infrastructure of the country; the controversial yet indispensable provision of access to the internet, without which it is impossible to think about individual, social and economic development in the digital age; and so on.

What kind of country will Raúl Castro hand over to his successors in five years’ time? Cuba continues to be the island with the finest tobacco in the world, and the most fiercely contested questions.