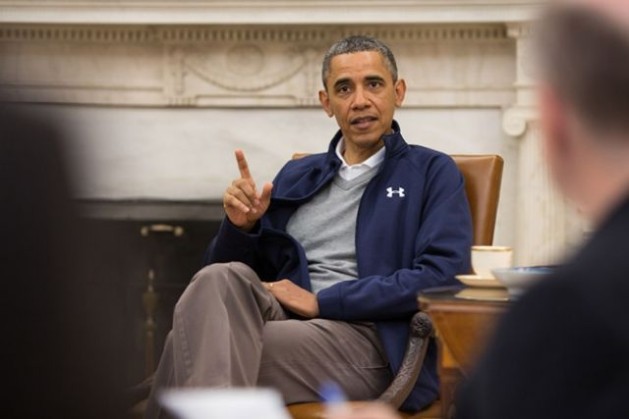 Depending on how the order and related rules are implemented, the change could make the U.S. government among the world’s most transparent, at least with regard to non-secret information. Elated supporters – including many longstanding critics of government secrecy – suggest that the move now offers a potent model for other countries that have expressed interest in increasing their transparency.

"If you release the data, people will be able to find ways to analyse it in ways that make sense.” -- Dave Maass of the Electronic Frontier Foundation

“It’s really reassuring to see this issue get formalised in an executive order, which constitutes a major step in updating how government information gets disseminated,” Dave Maass, a spokesperson for the Electronic Frontier Foundation (EFF), a digital-rights advocacy group, told IPS.

“One of the most important aspects of this order is that it will force the government not only to release vastly more data but to do so in a more standardised format. Over the past several years, many policy experts have been doing great stuff with ‘big data’, but so far not much of that has been machine readable, meaning that it’s been very difficult to collate and analyse.”

Maass notes that the move will impact on both agencies’ input and output responsibilities, and thus will do much to ensure that government information is accurate to begin with, prior to its release. Still, that now puts additional onus on analysts to come up with inventive ways of using any massive new streams of data.

“While some journalists have had trouble with big data dumps, there have been notable examples – for instance, surrounding WikiLeaks – in which we’ve seen that people are able to sort through huge amounts of data and come up with innovative ways of parsing that information,” he says.

“I think the key here is that if you release the data, people will be able to find ways to analyse it in ways that make sense.”

The new moves are mirroring a broader international discussion over digital standards among fast-changing industries. While governments, including Washington, have been relatively slow to adopt such new standards, Thursday’s executive order should now speed that process up.

The new policies build on but greatly expand a series of steps taken by the Obama administration in recent years, beginning with a directive in 2009 that set a series of deadlines towards increased transparency. March 2012 then saw the release of a new government-wide strategy paper.

While advocates of government openness cautiously applauded these moves, many continued to push the administration to do far more, urging the adoption of a new mindset altogether.

Thursday’s order “is significantly different from the open data policies that have come before it”, John Wonderlich, policy director at the Sunlight Foundation, a Washington advocacy group that has been at the forefront of the push for greater government transparency, wrote Thursday on the group’s website.

“This Executive Order and the new policies that accompany it cover a lot of ground, building public reporting systems, adding new goals, and laying out new principles for openness … Most importantly, though, the Executive Order takes on one of the most important, trickiest questions that these policies face – how can we reset the default to openness when there is so much data?”

At least 48 governments have now committed to the Open Government Partnership, a set of principles in favour of greater transparency. Concrete implementation has been slow, however, and Wonderlich suggests says the United States now offers an important model.

The partnership “has spawned a huge number of similar commitments from governments around the world … [exhibiting] enthusiasm that needs an example of where to head next,” he writes, noting that Obama’s policy changes constitute a “new approach to open data, moving beyond rhetoric and aspiration”.

While many advocates are seeing the new policies in terms of facilitating public oversight, the White House is emphasising the entrepreneurial potential of this new data availability.

“One of the things we’re doing to fuel more private sector innovation and discovery is to make vast amounts of America’s data open and easy to access for the first time in history,” President Obama said Thursday.

The administration is calling the executive order “historic”. But it also points to previous examples of government data leading to major consumer services, including regarding government weather satellites, agricultural advisory services and the Global Positioning System (GPS).

“This move will make troves of previously inaccessible or unmanageable data easily available to entrepreneurs, researchers and others who can use that data to generate new products and services, build businesses and create jobs,” Todd Park, the White House’s chief technology officer, told reporters Thursday.

“In fact, just … two types of open government data, weather and GPS, alone have added tens of billions of dollars in annual value to the American economy, as basically the government has given taxpayers back the data that they pay for.”

A website, data.gov, soon to be expanded, will serve as a central hub for the new initiatives. Indeed, while the new policies are unique in their application across the federal government, recent years have seen a substantial increase in “open data” projects in federal agencies, covering health, education, finance and other fields.

Foremost among these is the State Department’s foreign assistance “dashboard”, which began operating in late 2010 and is seen as a central component in bringing the United States in compliance with a global standards agreement known as the International Aid Transparency Initiative (IATI). Aimed at offering regular data updates on all federal agencies with foreign assistance budgets, the U.S. system is to be fully up and running by 2015.

“Endorsed by the [Obama] administration in 2011, IATI has demonstrated that it is only through the use of open data standards and a presumption to publish that information can be understood, compared and become useful to a wide range of users. To its great credit, the new Executive Order recognises these principles,” David Hall Matthews, managing director of Publish What You Fund, a London-based advocacy group, told IPS, calling the policy a “step change” in Washington’s approach to open data.

“In the specific area of foreign assistance, data from U.S. agencies will be most helpful to other agencies – as well as to other international donors and to recipients – when it is accessible, timely, complete and as granular as possible. We are delighted that the new policy indicates exactly that.”