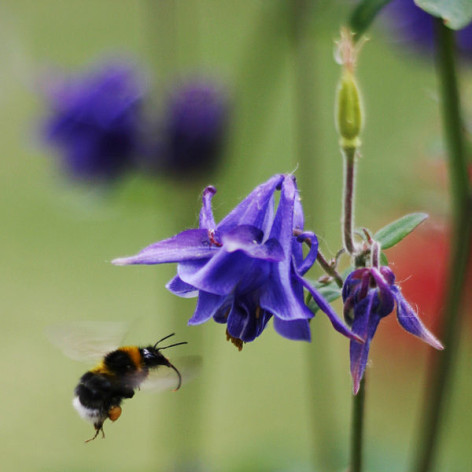 WASHINGTON, May 3 2013 (IPS) - A major study by the U.S. government’s environment and agriculture agencies has suggested a strong link between the use of certain pesticides and the widespread deaths that have afflicted honey bee populations around the world in recent years.

Still, the joint report, released Thursday, does not suggest limiting the use of these pesticides, nor does it recommend immediate action to impose a temporary ban, as was announced this week in a landmark decision by the European Union. Rather, the report offers technical tweaks while urging additional research on the issue.

"The five-to-ten-year timeframe these agencies are now saying they will follow is not fast enough." -- Pesticide Action Network's Paul Towers

“Acute and sublethal effects of pesticides on honey bees have been increasingly documented, and are a primary concern,” the report, released by the U.S. Department of Agriculture (USDA) and the Environmental Protection Agency (EPA), states.

The report has also expanded official focus from one notorious family of pesticides – known as neonicotinoids (or “neonics”), the subject of the European Union’s new two-year moratorium – to a second, known as pyrethroids. Indeed, research within the report suggests that “the frequency and quantity of residues of pyrethroids coupled with the toxicity of these insecticides to bees could pose a 3-fold greater hazard to the colony than the systemic neonicotinoids.”

These are important findings in what remains a scientific mystery amidst an environmental and agricultural crisis. A half-dozen years after mass bee deaths were first noticed, last year was the worst yet on record, during which around half of all bees in U.S. commercial hives inexplicably disappeared.

Since 2006, the U.S. government estimates that 10 million bee hives have succumbed in the United States alone. Similar phenomena are being seen in European countries.

Beyond the potential environmental implications of what is being called Colony Collapse Disorder, major bee problems inevitably have major ramifications for agriculture. Government and other experts have put the annual value of bee-pollinated foods at nearly 20 billion dollars – making the new report’s findings increasingly urgent.

Despite the anticipation with which the report was being watched, the USDA and EPA ultimately state only that the findings are not yet conclusive enough to take major action.

The agencies note that pesticide use is one of several potentially interlinked factors that have contributed to the recent mass die-off. Other factors include abnormally high rates of bee parasites, poor nutrition among the insects, and a loss of genetic diversity among today’s hives.

“The report makes a compelling case that multiple factors are at play and that we do need to take action, but this needs to be done far more quickly,” Paul Towers, media director with the Pesticide Action Network, an advocacy group, told IPS.

“The five-to-ten-year timeframe these agencies are now saying they will follow is not fast enough. In fact, there is great imperative here: bees are a clear indicator of the overall health of our agricultural system, so if we’re unable to protect the pollinators we’ll put our entire agricultural system at risk.”

Further, consumer watchdogs say that multiple high-level studies in recent years have strengthened scientific consensus on the impact of pesticides on bee populations, with research suggesting these chemicals could act as a critical instigator among a combination of other factors. The weight of this evidence, they say, warrants a quicker response.

“We do need more research, and it is good that EPA and USDA are working together, but I do think we know enough now to act,” Jennifer Sass, a toxicologist with the Natural Resources Defense Council (NRDC), a watchdog group here, told IPS.

“The Europe ban is based on good data, and there is increasing evidence to where we can get a pretty good understanding of the impact on bees. All of the actions being suggested in the new report are good, but in addition we need to severely ramp down the volume of chemicals we’re using – or stop using them entirely.”

Indeed, it is important to note that the European Union’s ban is actually just a two-year moratorium, to allow for additional scientific study to progress in the context of mounting evidence.

“The EPA is putting blinders on, pretending the main problem is pesticides ‘drifting away’ from the application site, pretending the actual seed treatments aren’t the problem,” NRDC’s Sass, who recently co-authored a study accusing the EPA of shoddy approvals procedures, says.

“This has allowed them to come up with technical solutions, focusing on how to reduce the amount of pesticides that are getting off the treatment sites, when really the issue is that the pesticide is getting into the plants – just as it’s meant to do.”

Further, some research has found that these substances may not be staying where they’re placed. A California study discovered that 80 percent of the state’s waterways were contaminated with pesticides, for instance, while the U.S. Geological Survey (USGS) found similar traces in 60 percent of water samples in Georgia.

The EPA has recently stepped up a required review of all “neonic” pesticides currently allowed in the United States, but that too won’t take place until 2018.

“The agency has accelerated the schedule for registration review of the neonicotinoid pesticides due to uncertainties about these pesticides and their potential effects on bees,” the EPA told IPS.

“However, if at any time the EPA determines there are urgent human and/or environmental risks from pesticide exposures that require prompt attention, the agency will take appropriate regulatory action, regardless of the registration review status of that pesticide.”

The agency says it has “several hundred” studies on the effects of neonics on bees and bee colonies, but notes that “At this time, the data available to the EPA do not support a moratorium” such as the one recently instituted in the European Union.

In this decision, Sass sees evidence of the strength of the chemicals lobby. Two of the most prominent neonic producers, for instance, are the chemicals giants Bayer and Syngenta, evidence of whose lobbying in the European Union on the issue has recently been documented.

“These chemical makers are clearly the biggest lobbying voice in this discussion – bigger than the growers and way bigger than the beekeepers,” Sass says. “While the action in Europe will protect agriculture, the EPA’s action will simply protect corporate profits.”`