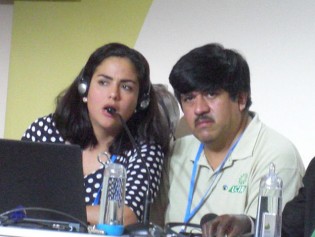 By AJ Correspondents
At least 22 people in northern India, mostly children, have died and dozens were hospitalised in critical condition after apparently being poisoned by a primary school meal.

By Carey L. Biron
An environment group here is warning that the U.S. Environmental Protection Agency (EPA), a key government regulator, may have been haphazardly approving thousands of pesticides for decades, some of which pose risks to both human and environmental health.

By Emilio Godoy
As the Mexican government prepares a broad tax reform bill, experts and activists see it as an opportunity to include new “green taxes” aimed at raising funds for curbing pollution.
ADVERTISEMENT ADVERTISEMENT