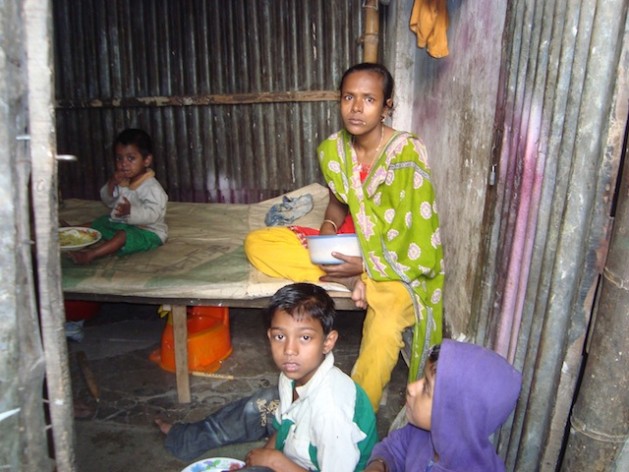 GENEVA, Jul 13 2013 (IPS) - The decisions of the United States and the European Union to demand implementation of controversial labour standards in Bangladesh following the Sawa industrial tragedy pose a serious threat to the rule-based global trading system, says Dr Supachai Panitchpakdi, Secretary-General for United Nations Conference on Trade and Development.

“Labour rights and standards are something very sensitive to all developing and least developed countries at the World Trade Organization and when countries try to impose labour standards they are just distracting from the WTO’s authority,” Panitchpakdi told IPS.

A fortnight ago, the new United States trade representative Ambassador Michael Froman announced in Washington that the U.S. administration is discontinuing benefits offered to Bangladesh under the Generalised System of Preferences (GSP) scheme because of Dhaka’s poor labour rights.

"When countries try to impose labour standards they are just distracting from the WTO’s authority."

The GSP provides a soft window for exports from Bangladesh to enter the American market with low customs duties. Except textiles and garments on which Bangladesh pays high import duties in the U.S. market, other products from Bangladesh attract the GSP benefits.

Close on the heels of the U.S. decision, the EU resorted to trade-linked conditionality to impose labour rights in Bangladesh. The EU has forced Bangladesh to sign a “compact” that lays out the labor reforms that Bangladesh will have to carry out in a time-bound framework to avail duty-free and quota-free market access in the EU market.

Since the violent Seattle ministerial conference in 1999 which broke down due to irreconcilable differences between the rich and the poor nations over attempts to bring labour standards into the WTO rule book, the industrialised countries have stayed away from linking labour rights with trade at any multilateral forum.

The latest actions by the U.S. and the EU signal a change. If anything, they seem to stoke the fires of the Seattle meeting all over again. “If countries get away with doing all this, then, it results in a shift away from WTO in rule-making which is quite threatening,” Panitchpakdi said.

Brussels not only threatened Bangladesh but warned other least developed countries that it will deny market access under the “Everything but Arms (EBA)” scheme if they fail to implement labour standards in their textiles and garments industry on a war footing.

“I want to make it clear that Bangladesh – or for that matter any other least developed country – cannot take for granted the trade preferences it currently enjoys (in the EU market),” said Karel De Gucht, the EU trade commissioner.

While signing the multi-stake holder compact to improve labour rights, working conditions, and factory safety in Bangladesh, Gucht warned that “under the ‘Everything but Arms’ scheme, the EU may consider appropriate action should there be no, or insufficient progress for Bangladeshi workers.”

The compact signed in Geneva early this week, says the EU trade policy chief “commits us – the Government of Bangladesh, the EU, and the ILO (International Labour Organization), to a number of time-bound actions.”

As part of the commitments set out in the compact, Dhaka will have to reform its labour law by the end of this month to provide “freedom of association and the right to collective bargaining,” and to improve “occupational health and safety rules” and “building and fire safety.”

Bangladesh foreign minister Dipu Moni has suggested that the compact is only a “political” initiative and not a “legal document,” but the EU trade commissioner has refused to accept Moni’s assessment.

“The compact is a rulebook for Brussels to judge whether Bangladesh has implemented its commitments,” Gucht said bluntly.

Bangladesh, which exports textiles and garments estimated at around nine billion dollars to the EU market every year, came under intense criticism for the recent accidents in Seva which killed hundreds of workers. The government in Dhaka has since embarked on a series of measures to improve health and safety conditions in its textile industry.

“If trade majors want to impose labour rights,” said Panitchpakdi, “they should bring the issue to the WTO.” It is unfair to punish countries outside of WTO by threatening denial of market access, he said.

“They have been doing this with Cambodia and now Bangladesh,” Panitchpakdi said. Instead of labour rights, the industrialised countries “must look at the business practices of their retail and wholesale industry because the problem with global value chains is the way they are exploiting the sweat shops in poor countries which are providing cheap labour.”