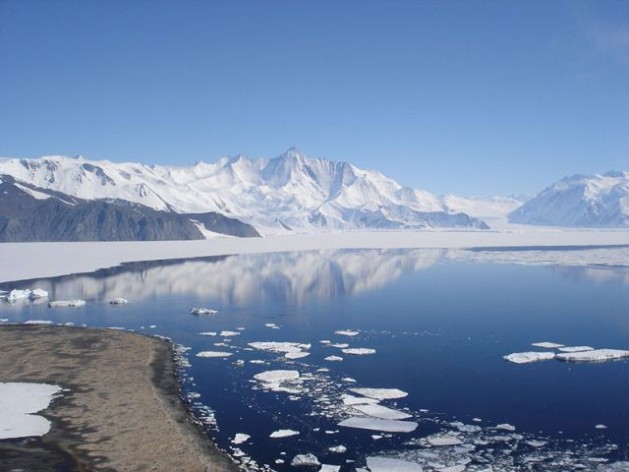 WASHINGTON, Jul 15 2013 (IPS) - International negotiations between more than two-dozen countries to set up conservation areas in the Antarctic seas were thrown into confusion Monday when the Russian and Ukrainian delegations questioned the body’s legal standing to make such designations, despite previous precedent.

Representatives from 25 countries are currently in special two-day talks in Germany under the auspices of the Commission for the Conservation of Antarctic Marine Living Resources (CCAMLR), an organisation that over the past half-century has been widely credited with keeping the Southern Ocean in unusually pristine condition.

“This morning a legal question came to the table [on] whether CCAMLR is in a position to establish marine protected areas [MPAs] in the Ross Sea,” Terje Lobach, chair of the CCAMLR Commission, told reporters on Monday on the sidelines of the talks in Bremerhaven, Germany, according to a recording obtained by IPS.

“The issue was raised by Russia and also by Ukraine, whether CCAMLR really has the competence of establishing MPAs … But many lawyers spoke against the suggestion by Russia and Ukraine and said definitely CCAMLR has the power to mandate MPAs.”

At issue is a proposal, put forth by the United States and New Zealand, that would create the world’s largest marine protected area, in the Ross Sea off Antarctica. If the negotiations are successful, the results would also constitute the most significant example of international powers collectively creating such a conservation area in international waters.

“The Ross Sea MPA proposal would protect a pristine ecosystem that has fully intact food webs and hosts numerous iconic species, such as whales and penguins,” Andrea Kavanagh, director of the Southern Ocean Sanctuaries Campaign at the Pew Charitable Trusts, a Washington-based conservation organisation, told IPS from the Germany summit.

“This is a prime opportunity for countries to protect an ecosystem that’s still intact, but it’s also an opportunity, for the first time ever, for multiple governments to come together to create a marine protected area of this size – usually this is done in just one country’s territory. If they can see this through, it would be historic in terms of international ocean governance and conservation.”

The administration of President Barack Obama has repeatedly offered its strong support for the Ross Sea proposal, a stance it reiterated on Monday, calling the move a potentially “historic step”.

“The Ross Sea Region is one of the last and greatest ocean wilderness areas on the planet,” the U.S. State Department said in a statement.

“With limited human impact to-date and a long history of scientific exploration and discovery, the Ross Sea Region is also a natural laboratory for scientific study to better understand climate change, our oceans, and our world.”

On Saturday, a group of high-profile conservation advocates, speaking under the umbrella of the Ocean Elders, sent a letter to Russian President Vladimir Putin, reminding him of Russia’s part in founding CCAMLR and noting Russia’s “critical leadership role to play in determining the future of Antarctica”.

Within that area, however, commercial fishing would be prohibited, and it is this element of the proposal that has riled certain countries that would prefer that any protected area regulates but does not outlaw commercial fishing operations.

When the proposal was first put forward, last fall, Russia and Ukraine were joined by China, Japan and South Korea in questioning the idea, particularly the science around the MPA’s proposed delineation. Indeed, the current summit was called specifically in order to address those questions.

Since then, U.S. and New Zealand officials have reportedly reworked and bolstered the scientific rationale for the proposal. Monday and Tuesday mark the critical political discussions by the CCAMLR commission, but for the previous several days the organisation’s Scientific Committee sifted through the scientific data behind the proposals.

On Monday, the Scientific Committee announced that it was suggesting that the proposal for the Ross Sea MPA go forward.

“We didn’t necessarily talk about the size [of the MPAs] per se, but we talked about the science that underpins the objectives for those areas that were identified. For many of the areas, we felt there was sufficient science and was the best scientific data available to support those areas,” Chris Jones, chair of the Scientific Committee, told reporters Monday.

“In terms of the Scientific Committee, I think our work is done – we have now established that the best available science has been used to underpin these proposals … It’s really up to the commission now and the values of the various members of CCAMLR – and the political will.”

Over the past half-year, U.S. and New Zealand representatives have also reportedly engaged in extensive bilateral deliberations with the rest of the 25 countries, particularly with the holdouts. Given these discussions, observers say the Russian delegation’s new questions about CCAMLR’s legal standing took nearly all delegations by surprise on Monday.

“If nothing else this is pretty bad-faith negotiating, as the proponent countries have been going to Russia, talking to their scientists, inviting comments, inviting discussion – never once did Russia mention that it thinks this body might not have the legal authority to establish an MPA,” the Pew Charitable Trusts’ Kavanagh says.

“Further, no else has ever expressed this legal concern before, so it’s unclear whether this is just a delaying tactic or whether the Russian delegation is awaiting instructions from the capital about how to proceed.”

Yet according to the CCAMLR Commission’s Lobach, initial discussions among legal experts at Bremerhaven were clear that the body does have legal standing to create MPAs – as it did in 2011 with a smaller area, in the South Orkney Islands, to which Russia agreed.

Because CCAMLR operates on a consensus basis, however, the queries raised by Russia and Ukraine could now derail the Ross Sea MPA proposal. The organisation’s rules state that there will be no possibility of extending the discussions beyond Tuesday.

“If this issue is not resolved,” Kavanagh says, “it is likely that other countries won’t be willing to discuss the proposal any longer.”