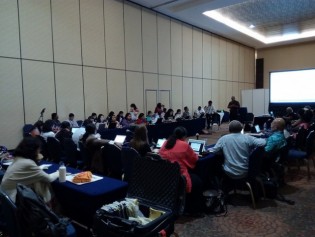 By Carey L. Biron
International negotiations between more than two-dozen countries to set up conservation areas in the Antarctic seas were thrown into confusion Monday when the Russian and Ukrainian delegations questioned the body’s legal standing to make such designations, despite previous precedent.

By Stephen Leahy
Everyone loves penguins, but few will know that Thursday is World Penguin Day. Fewer still are those who know penguins are threatened with extinction by climate change and giant fishing trawlers from Europe and Asia stalking the oceans around Antarctica.
ADVERTISEMENT ADVERTISEMENT