WASHINGTON, Aug 20 2013 (IPS) - Countries in nearly every region of the world are continuing to turn to a U.S.-led model of prison privatisation despite mounting evidence that such systems are often neither cost-efficient nor able to provide adequate services. 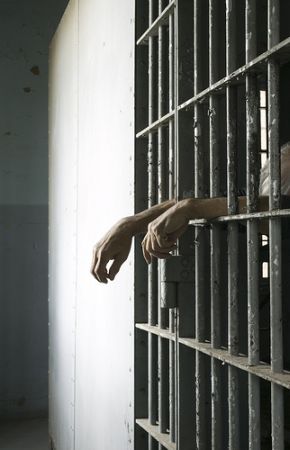 The Corrections Corporation of America says it currently houses some 80,000 inmates in 60 facilities, 40 of which are solely company-owned. Credit: Bigstock

New data released Tuesday notes that nearly a dozen countries – in North and South America, Europe, Africa and the Asia-Pacific – are today integrating private, for-profit prisons into their penal systems. Yet the country where that model was pioneered, the United States, is currently beginning a nationwide push to decrease its incarcerated population, leading to a growth industry in exporting corporate prison knowhow.

“For example, 14 percent of the revenue for America’s second largest private prison company, the Geo Group, came from international services in fiscal year 2012.”

The growth in global interest in prison privatisation has also been a boon for British companies, particularly G4S and Serco.

All of these companies “have thrived off of the expanded privatization of prisons, immigration detention systems, and other governmental services,” the report states, “while often failing to deliver on the services that were promised.”

Indeed, critics have long accused for-profit prison companies, with explicit requirements to cut costs, of poorer services and conditions than publically run penal systems (see here and here). An attempt by the Israeli government to open a private prison in 2009 was blocked by that country’s Supreme Court, which warned that such a transfer of responsibility would lead to “harsh and grave damage to the basic human rights of prisoners”.

Private prison companies tend to explain the rationale for their operations in terms of efficiency of service. The Corrections Corporation of America (CCA), a founder of the sector in the early 1980s and still the United States’ largest operator of private prisons, says it “combine[s] the efficiency and effectiveness of business with the standards, regulation and oversight of government … at less than it costs public agencies to operate.”

The CCA says it currently houses some 80,000 inmates in 60 facilities, 40 of which are solely company-owned.

Yet increasingly, watchdog groups and governments have called into question this issue of cost-effectiveness. In 2010, for instance, a government oversight office for the state of Arizona found that for-profit prisons were costing the state some 16 percent more than public facilities.

Last month, an unusual report by the hacker-activist group Anonymous warned that CCA was no longer a good investment.

Still, several other countries have given over a far larger portion of their penal systems to private corporations. According to the most recent data, Australia, New Zealand and the United Kingdom each holds between 10 and 20 percent of their prisoners in private prisons.

These figures are far higher for immigrant detention, an area in which prison corporations have particularly excelled. The United Kingdom, for instance, houses roughly three-quarters of those suspected of immigration-related infractions in privately run detention centres, while Australia has entirely privatised its immigrant-detention system.

Meanwhile, these numbers appear to be having something of a cyclical effect, with greater penetration by private detention companies leading to further interest by other countries.

“Because there are these large, developed countries that have taken this step, that naturally creates interest in other countries,” Cody Mason, author of the new report and a consultant to the Sentencing Project, told IPS.

“These companies, in the United States and in other countries, will regularly travel around and bring members of Congress and Parliament into their facilities, suggesting that their approach will solve their problems. They promote themselves as a great way to deal with overcrowding, substandard services and rising prison costs.”

He continues: “Any country that sees privatisation being adopted by other countries and hears these stories – it’s pretty natural they’ll turn to that approach.”

Here in the United States, prison overcrowding has become a massive problem over the course of a three-decade “tough on crime” push by legislators. Some U.S. prison systems are currently overbooked by 40 percent, leading to accusations of mass rights infringements.

Last week, U.S. Attorney General Eric Holder made what many are seeing as a historic announcement, directing the federal Department of Justice to begin taking multiple steps to bring down the incarcerated population. Additional moves are afoot in the U.S. Congress to put in place broader, permanent changes to the way the country’s criminal justice system functions.

Such steps may be bringing about a bipartisan end to the “tough on crime” era, but they are undoubtedly rattling the private prison companies based in the United States. While it is not yet clear how these companies’ lobbying efforts may strengthen amidst the new push, Cody Mason writes that for-profit prison companies here have spent millions of dollars on lobbying and campaign contributions.

Those lobbying efforts have focused particularly on a pending overhaul of the country’s immigration system. Mason’s report notes that private prison companies have “a history of contributing to supporters of harsh immigration detention laws”.

According to official estimates, the federal government will detain some 400,000 people on immigration charges this year, at a cost of around two billion dollars. Yet new legislation that has passed the Senate but is currently in limbo in the House of Representatives would almost certainly bring about significant changes to this approach.

“Alongside any lobbying, however, they are also looking at new areas of business, and part of that is other countries into which they can expand.”