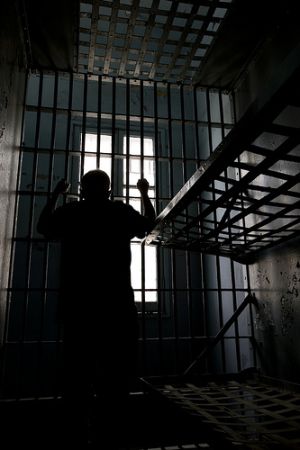 Since 1980, the U.S. federal prison population has grown by almost 800 percent. Credit: Bigstock

“As the so-called ‘war on drugs’ enters its fifth decade, we need to ask whether it, and the approaches that comprise it, have been truly effective – and … to usher in a new approach,” Holder stated in a watershed speech Monday before the American Bar Association.

“And with an outsized, unnecessarily large prison population, we need to ensure that incarceration is used to punish, deter and rehabilitate – not merely to warehouse and forget. Today, a vicious cycle of poverty, criminality and incarceration traps too many Americans and weakens too many communities. And many aspects of our criminal justice system may actually exacerbate these problems, rather than alleviate them.”

Holder announced that “draconian mandatory minimum sentences” would no longer be required for those charged with low-level, nonviolent drug offences with no ties to large-scale gangs.

The “mandatory minimum” policy has been a cornerstone of a decades-long anti-drugs approach that many blame for record levels of incarceration, a massively overstretched prison system, and decimated minority communities. With some 219,000 inmates – a number official researchers earlier this year called “historically unprecedented” – the country currently holds a quarter of the world’s prisoners.

Half of those are locked up on drug-related crimes, with more than 80 percent considered non-violent offenders.

Not only have such numbers created a colossal budgetary drain, but scholars have suggested that this level of incarceration is dangerous for society at large. According to landmark research by the Pew Centre on the States, a research group, higher incarceration rates actually produce more crime by affecting families and vesting people with criminal records.

While the U.S. prison system cost the cash-strapped country some 80 billion dollars in 2010, Holder noted Monday that 40 to 60 percent of inmates are rearrested within three years of their release.

“As a nation, we are coldly efficient in our incarceration efforts,” he stated. “While the entire U.S. population has increased by about a third since 1980, the federal prison population has grown at an astonishing rate – by almost 800 percent. It’s still growing – despite the fact that federal prisons are operating at nearly 40 percent above capacity.”

The decisions announced Monday follow a department-wide review initiated by Holder early this year, aimed at cutting down on inefficiencies, ineffective policies and inequities in the U.S. federal criminal justice system. The reforms will go beyond drug offences, but ultimately aim to bring down the federal prison population.

Holder announced, for instance, that the Justice Department would come up with a new framework for determining when U.S. attorneys should file charges in federal cases – and when they should not. Simultaneously, the agency will mount a series of programmes to focus on alternatives to incarceration.

This spring the department broadened the cases under which inmates could be considered for “compassionate release”, including due to medical problems or age, a move long urged by rights groups.

The department overhaul will also focus on the startling racial disparity in the U.S. penal system. On Monday, Holder said black men are on average receiving prison sentences around 20 percent longer than white men convicted of the same crimes.

A group of U.S. federal attorneys will now be tasked with examining these disparities and offering recommendations on how to mitigate such inequities.

“This is very encouraging – since the beginning of the explosion of the U.S. prison population during the 1970s, I don’t recall any attorney general making such statements in such a high-profile way,” Marc Mauer, executive director of the Sentencing Project and a longstanding expert on the U.S. criminal justice system, told IPS.

“Of course, most of these suggestions have been widely discussed in recent years. But to have the attorney general of the United States say that we incarcerate too many people, that we’re having a disproportionate impact on minority communities, and that we need to shift our direction – if nothing else, this will have an important symbolic effect in opening up the political dialogue.”

Indeed, the political dynamic around the United States’ over-incarceration and increased reliance on the federal rather than state criminal justice system is today surprisingly united in favour of reform. Holder says the administration is keen to work with Congress to put in place farther-reaching legislation.

Two such bipartisan bills were recently introduced in the U.S. Senate (here and here), both of which share many of Holder’s core aims. Although Congress is currently in a five-week recess, several lawmakers from across the ideological spectrum released statements Monday in support of the attorney general’s speech.

In addition, in mid-June a bipartisan committee in the House of Representatives began combing through the U.S. federal penal code, looking to cull statutes that are seen as overlapping, ineffective or otherwise unnecessary. The effort, the first such undertaking in two decades, is expected to result in recommendations by the end of the year.

Holder is also a key ally of President Barack Obama. Several times during his speech Monday, the attorney general noted that the new reforms have come about in part from extensive discussions with Obama.

“This is clearly the moment for change – it’s long overdue, but we seem to be at a tipping point here,” Mary Price, vice-president and general counsel of Families Against Mandatory Minimums (FAMM), an advocacy group, told IPS.

“There are so many voices being raised on this issue right now, by both the usual suspects and some very prominent conservatives. They’ve looked at the experiences of the states, which have been experiencing crushing budget problems and seeing remarkable success in changing their own sentencing requirements.”

The changes will depend in part on shifting greater responsibility for responding to nonviolent crimes onto local communities and state courts, while also vesting greater powers in judges to determine case-specific punishment. Price says state governments have already been acting as “Petri dishes” for the federal government, undertaking innovative experiments in how to wean their criminal justice systems off of incarceration and redirect them towards alternatives.

“It is towards these alternatives that the federal government, too, clearly wants to head,” Price notes. “We can’t just incarcerate our way out of social problems, and in this the states have been leading the way. So we can now expect a new emphasis on developing both alternatives and the mechanisms under which people can be sentenced to them.”