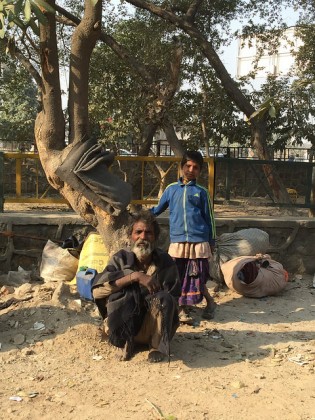 By Edgardo Ayala
Doris Zabala squats down in the field to pull up radishes. She is working on a prison farm in El Salvador, where more and more penitentiaries are incorporating agricultural work and other activities to keep prisoners busy.

By Marianela Jarroud
In Latin America’s prisons, notorious for extreme overcrowding and violence, inmates live in constant danger of being killed – a contradiction in a region where virtually every country has abolished the death penalty.

By Fabíola Ortiz
Nearly every day, violence breaks out in a Brazilian prison. In January the focus has been on the northeastern state of Maranhão, where orders issued from behind bars wreaked havoc in the streets of its capital city, illustrating the scope of national prison anarchy.

By AJ Correspondents
A manhunt is under way for hundreds of inmates, including several high-ranking Al Qaeda members, who escaped two Iraqi prisons following deadly attacks.

By Ivet González
The life histories of Cuban women in prison for murdering their violent husbands or boyfriends show the need for reforms of the criminal code to take account of gender reasons as mitigating factors in sentencing.

By Silvia Giannelli
When Claudio was detained in a prison in the northeastern Italian city of Vicenza, he had to share a 7.6 square-metre cell with two other people. “Once you excluded the space taken up by beds and drawers, each inmate was left with 90 centimetres to himself. We had to take it in turns to stand up,” he told IPS.

Prisons in Mexico on Verge of Collapse

By Daniela Pastrana
Edgar Torres Castillo, 21, has spent two years in the prison of Gómez Palacio, in the Lagunera district between the northern Mexican states of Durango and Coahuila – an arid zone known as one of the most dangerous parts of the country.

By Marcela Valente
Representatives of the Argentine state and of non- governmental organisations will be visiting prisons without prior warning, beginning next year, to prevent inmates from being tortured and abused – a problem that persists three decades after the end of the dictatorship, often with fatal results.

By Marcela Valente
Nearly 29 years after the demise of the 1976-1983 dictatorship in Argentina, successive democratic governments have failed to find a humane way of running the prison system. Preventable deaths, torture and appalling conditions for inmates continue to be reported.

By Thelma Mejía
The government of Honduras hopes to reach friendly settlements with the families of inmates killed in the Comayagua prison fire, to avoid international lawsuits.

By Aprille Muscara
Budget constraints combined with exploding prison populations are prompting a number of U.S. states, including some of in the politically conservative south, to rethink their criminal codes.
ADVERTISEMENT ADVERTISEMENT