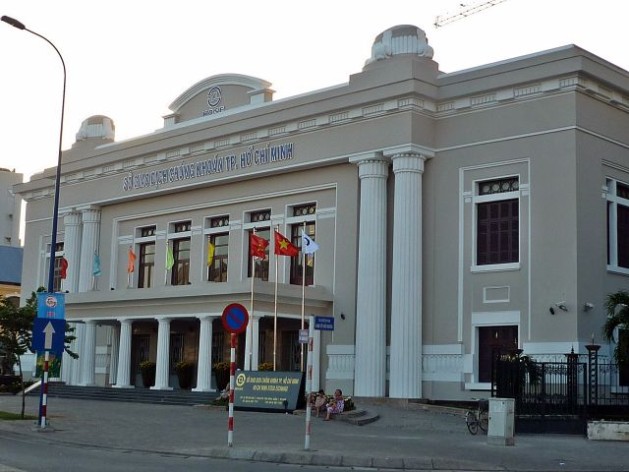 The Financial Stability Board (FSB) and the Basel III global accords, formed in the wake of the crisis, have each called on governments to reduce their regulatory reliance on ratings.

At the recent G20 conference in Moscow, world leaders called for similar limitations.

During the market collapse, ratings often proved inaccurate and are perceived by many as negatively contributing to the cascading series of events of the past five years.

But while wealthier countries are quick to recognise a need for redefining their use in markets like mortgage-backed securities, the “issues and concerns of many emerging and developing countries preceded the crisis period”, according to Merli Baroudi, director and chief credit officer of finance and credit risk at the World Bank, speaking before a U.N. General Assembly forum on CRAs.

Concerns are mounting that once more, the specific condition of poorer countries will be ignored.

Countries, advanced and developing, rely on debt financing through the bond market to foster growth. Sovereign credit ratings are used by investors to predict the likelihood that a country will default on its obligation to pay them an agreed upon yield. The higher the perceived risk, the higher the yield.

Ratings are composed of publicly available economic data coupled with subjective opinions on a country’s political situation. There is a near consensus that ratings in some form are necessary for developing countries to attract international capital. Questions remain, however, about the dependence on the three dominant CRAs – Fitch, Moody’s and Standard and Poor’s – all of whom profit handsomely from the process.

A problem in the wiring

For years, global and national regulations, as well as internal firm policies dictated that many investors could only hold sovereign bonds and other assets that were deemed “investment” grade by the CRAs.

This can send assets “off a cliff” and yield premiums, the difference between yields a bond pays and the yield of a stable asset such as U.S. Treasuries, soaring, he said. This makes borrowing more expensive for countries.

A Problem in the Math

“Ratings are slow and sticky,” says David A. Lesmond, professor of finance at Tulane University in the U.S.

Sovereign ratings often lag the indicators they are formulated from and react “more slowly relative to the market,” Lesmond told IPS.

In a joint study with colleague John Hund, "The Role of Credit Rating Agencies in the International Financial System,” Lesmond found that market indicators such as liquidity do a better job of predicting defaults than the ratings themselves.

Upgrades and downgrades, when they come can potentiate the direction the market has taken, leading to bubbles or “cliff effects”.

The problem, according to Kiff, is “the way that ratings are hard-wired into the financial system. For example, they are baked into regulations, and they mechanistically drive investment and collateral eligibility standards.”

Due to international capital standards inscribed in previous versions of the Basel accords, the lower a bond is rated, the less a bank can leverage it and hence the likelier they are to unload positions in the event of a downgrade.

Under proposed regulation, investors would be better protected and markets kept from the wild, rating-induced fluctuations of the past, but what of the sovereign issuers themselves?

According to the World Bank, 56 developing countries remain unrated by any of the big three CRAs. The list includes nations like Haiti, Cote d’Ivoire, Mali and Syria, all of which are unable to access international capital markets. This can increase reliance on donors to fill gaps. In some cases, the cost of a acquiring a rating – which developed countries do not have to pay – is simply too high.

For many, at fault is the “issuer pay” model that could theoretically allow issuers to shop around for the best rating and which was abused by firms securitising mortgages during the crisis. In the developing world, however, the problem can be the opposite. For a poor country, an unsolicited rating is unwanted at best and extortionist at worst.

But the CRA model is unlikely to change and is a “necessary evil” for developing countries looking to access capital markets, Aldo Caliari, director of the Rethinking Breton Woods Project at the Centre of Concern, told IPS.

The lack of fundamental change in the rating process leaves the developing world in limbo. But the choice is not always clear for countries. “Being rated is not necessarily benign,” says Caliari.

The standards imposed by CRAs can favour austerity and punish countries that increase social spending, without regard to growth. That ratings are meant to predict a very narrow occurrence, sovereign defaults, is part of the problem, according to Caliari.  Many incorrectly assume that ratings reflect the overall health of an economy.

“The fact that you have a balanced budget doesn’t necessarily mean you have a well-run economy,” he noted.

Poorer countries often find CRA methodologies “advanced country-centric”, said Baroudi. They may question “the application of some of the metrics used by the major agencies” and find it “difficult to get their own point of view across.”

To make matters worse, investors considering emerging markets find “the information available may not be that great and they may quite heavily rely on the ratings.”

Even if a country isn’t issuing debt itself, a rating often acts as a benchmark for bonds issued by firms in the country.  This bias incentivises developing countries to adhere strictly to rules dictated by CRAs, says Caliari.

Steps taken to achieve a certain rating can have a “counterproductive effect” on the long-term prospects of the economy. The same is not true for wealthier countries which enjoy positive subjective analysis of their political climates but which often carry some of the highest debt loads. The paradox frustrates many leaders in developing countries.

Emerging markets began to be rated by CRAs in the 1980s and 90s, a period that overlapped with the rise of market-based antidotes to the economic ills of the developing world. The mutually influential mix was not always fortuitous for borrowers.

In Latin America during the 1990s, when many countries in the region adopted the free market principles pushed by the “Washington Consensus”, growth rates slowed to half of what they were in the 1960s and 70s, a period when Latin American economies were actively managed and considered by many in the developed world to be profligate.

Before the 2008 financial crisis, CRAs’ most damning failures occurred during the Mexican Economic Crisis of 1994 and the East Asian Financial Crisis of 1997-98. In both cases, CRAs didn’t issue downgrades until the crises were well underway. In fact, their lagging ratings worsened the situation when they caused forced selling of assets and currency.

For developing countries facing the gauntlet of a rating process, history serves as a reminder that their voices are not always the loudest in decision rooms.

“If there is a difference of views, country authorities may find it difficult to get their own point of view across,” says Baroudi. “What do a country’s authorities do when they genuinely do not understand or believe the rating?”