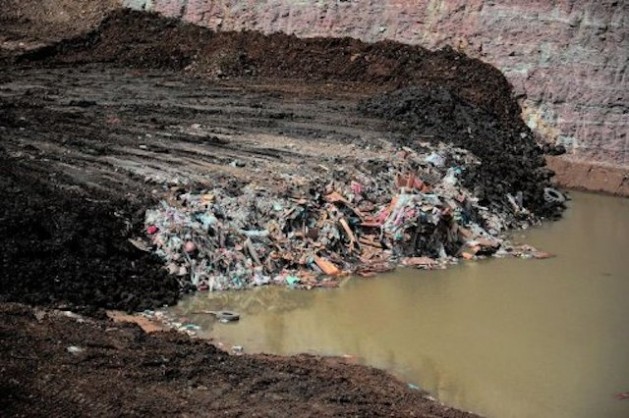 MOSCOW, Nov 11 2013 (IPS) - Despite an endorsement from the International Olympic Committee (IOC) for their adherence to environmental standards in preparations for next year’s Winter Olympics in Sochi, Russian authorities are cracking down harder and harder on people trying to expose the environmental cost of projects related to the Games.

Local environmental activists have for years been warning of what they claim is serious damage being done to Black Sea beaches as well as the Sochi National Park and the Caucasus national nature reserve near the city.

But as the Olympics get closer and preparations for the games advance, they say they are facing growing harassment, including intimidation, wiretapping, arrests and, possibly, attempts on their life, by authorities desperate to avoid environmental scandals after making a “Zero Waste” pledge for the Games.

“The harassment is increasing,” Andrey Petrov, World Heritage Campaign Coordinator at Greenpeace Russia told IPS. “Organisations and the people working for them are facing pressure.”

“The harassment is increasing. Organisations and the people working for them are facing pressure.”

One group in particular, the Environmental Watch on North Caucasus (EWNC) appears to have become the authorities’ prime target.

Two of its members, Evgeny Vitishko and Andrey Rudomakha have been detained by local police, both for what the group claims are spurious reasons. Both, later released, believe they were followed and probably wiretapped by police before being picked up by officers.

But there have been even more disturbing incidents. EWNC activist Vladimir Kimayev recently ended up in hospital after a traffic accident when the brakes on his moped failed to work.

He told local media that he suspects they had been tampered with.

Rudomakha, head of the EWNC, told IPS: ”Of course, the reprisals we have faced come from the concerns of the authorities that we will continue to expose lawlessness in the preparations for the Olympics.”

The intimidation comes as authorities face serious questions over the environmental impact of the Games.

Billed by the hosts as the cleanest Olympics ever, the government has pledged the Games – to be held between Feb. 7 and 21 next year – will be ‘zero waste’.

But it has been revealed that the state-owned rail monopoly has been dumping tons of waste into an illegal landfill just north of Sochi, posing a contamination risk to local water sources.

The news was an embarrassment to local and federal authorities as it came during the International Olympic Committee (IOC) Conference on Sport and the Environment being held in Sochi.

At the event – which the EWNC and Greenpeace Russia were not invited to and which the WWF boycotted because of its criticism of the authorities’ approach to the environmental impact of the Games – IOC officials had given a ringing endorsement to the Games’ organisers, saying they had met environmental standards in their preparations for the Games.

But following the revelations about the landfill, some IOC members called for a full investigation. The IOC did not respond when contacted by IPS, but in a previous statement it said that local authorities were responsible for dealing with the illegal landfill.

Russia’s Environmental Protection Agency, which issued a report months ago identifying the use of the illegal landfill, said that it had not ordered the dump closed but that Russian Railways had been fined 3,000 dollars. The project it is working on – a 30-mile road and rail link between Games venues – has so far cost 8.5 billion dollars.

Residents in and around Sochi say that there are numerous other smaller dumps which have cropped up in the area, and point to the fact that since the Russian Railways project began wells near the village housing the illegal landfill site have dried up. Locals are forced to get their water from cisterns which are brought in once a week.

The problem with the illegal landfill is just one of many that environmental groups have said the Games have caused.

These include the destruction of thousands of hectares of rare forests, spawning sites for endangered fish, hibernation sites and migration routes for animals. They have also pointed to the fact that low quality projects which did not take into account local weather conditions had already led to some deaths as storms washed away sites under construction.

But critics point out that the government has already backslid on promises to keep the Games as clean as possible. Its 51 billion dollar budget for the Games – the largest in Olympic history – has no provisions for dealing with construction waste.

Legislation has also been repeatedly amended to help Games preparation – at the expense of the environment.

Then Prime Minister Vladimir Putin last year cancelled waste legislation from Games preparation plans, including construction of recycling facilities. This meant that Sochi authorities were free to do what they wanted with waste and soon after abandoned plans for recycling in favour of burning non-separated rubbish.

Prior to this, between 2006 and 2009, environmental conservation legislation was changed, allowing for sports events to be held in national parks and rare species of trees and plants to be destroyed for Olympic construction.

Authorities seem determined to ensure that the Games will go ahead with as little bad publicity over their environmental impact as ever and have already introduced legislation to ensure there will be no protests in the run-up and during the Olympics.

Mass meetings of any kind have been banned in most of the area in and around Sochi from Jan. 7 until Mar. 21 next year.

However, the environment has already been scarred, activists say, and the effects will be felt long after the Games end.

Greenpeace’s Petrov told IPS: “Apart from everything that has already been destroyed, there is a serious threat that after the Olympics many buildings will no longer be used and will start to fall apart and decay. This would lead to catastrophes over much wider areas than just those that have been built on.”