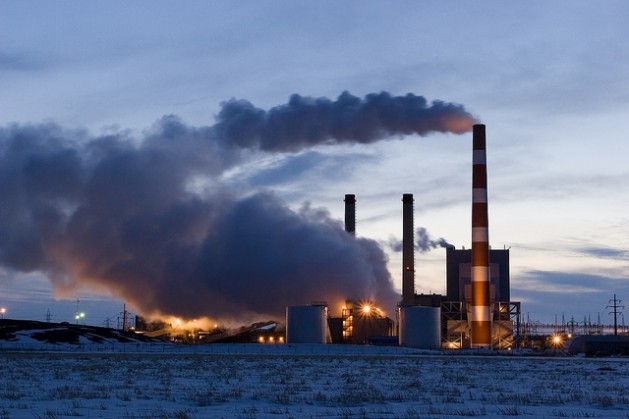 Advocates say that public opinion, both domestically and internationally, is already in the midst of broad changes regarding dirtier forms of energy production. Credit: Bigstock

"Industry and the politicians that represent them are panicking." -- Janet Redman

Yet a surprise addendum to a massive U.S. government spending bill would disallow the Export-Import Bank from implementing its new rule, which was unveiled in December. The provision, made public Monday evening, also guts a court-ordered greenhouse gas cap put in place in 2009 to force OPIC to set limits on the carbon emissions of its investments.

“In our view, this is a direct attack on one of the key achievements of the president’s Climate Action Plan,” Justin Guay, a Washington representative for the Sierra Club, a conservation and advocacy group, told IPS.

“This was the coal industry striking back symbolically at what it saw as a very serious set of political headwinds, as the overseas markets represent their lone opportunity to remain a relevant industry.”

According to media reports, the new provision was offered by Hal Rogers, the top Republican lawmaker in charge of crafting the massive appropriations bill, which allocates funding for nearly all parts of the federal government. On Tuesday, Rogers touted the passage of “A provision to prohibit the Export-Import Bank and OPIC from blocking coal and other power-generation projects, which will increase exports of U.S. goods or services.”

Rogers is a representative from the state of Kentucky, where the coal industry has traditionally been particularly strong.

An OPIC spokesperson told IPS that, for fiscal year 2014, the new legislation “permits OPIC to consider power projects in poor countries that would otherwise be subject to its [greenhouse gas] portfolio reduction goals, while preserving other pre-existing environmental, labour, human rights and credit criteria.”

The second half of last year saw a flurry of high-level activity on environment issues here, following a major climate-related speech given by President Barack Obama. One element of this was the administration’s move to severely curtail U.S. funding streams, both public and private, for coal projects abroad.

Following on new regulatory proposals for future power plants here, the Export-Import Bank in December announced that it would only finance overseas power projects if they put in place “carbon capture and sequestration” technologies, to store emissions underground.

“The Export-Import Bank was the world’s first export credit agency to have announced restrictions of this type,” Guay says.

“They really went out on a limb to put these guidelines in place, but then also worked with governments around the world to replicate those policies. The subsequent successes we’ve seen are almost entirely due to the leadership and pressure from the Obama administration.”

Seven countries and four international financial institutions have now passed some form of the Export-Import Bank’s guidelines on energy-related funding. Guay says this is seen as an important success for the Obama administration – and an indication that the president is taking on stronger international leadership on the issue.

For now, however, this victory appears to have been snatched away. While U.S. legislative proposals are typically open to debate and changes, the new appropriations bill will likely not see such a process.

The bill not only covers a huge swath of issues, but is also seen as an important – and uncommon – result of negotiations between the two political parties. On Tuesday, the White House indicated that it supported passage of the bill in its current form.

Yet nearly all lawmakers over the past day have noted that there is much to dislike in the proposal, with some specifically highlighting the new OPIC and Export-Import provisions.

“There are also some things I wish were not in here, particularly a House provision that would weaken limits on carbon emissions from projects financed by the Export-Import Bank and Overseas Private Investment Corporation,” Senator Patrick Leahy said on the Senate floor on Tuesday. “We should be using public funds to support exports of clean, renewable technology, not to fund power projects that worsen global warming.”

Still, advocates say that public opinion, both domestically and internationally, is already in the midst of broad changes regarding dirtier forms of energy production. This is particularly the case with coal, which many analysts see as a dying industry in the United States.

“In a sense, industry and the politicians that represent them are panicking,” Janet Redman, director of the Climate Policy Programme at the Institute for Policy Studies, a Washington think tank, told IPS. “Because of this, we’ve seen an overall attack on the ongoing shift away from fossil fuel. Part of this is industry players pushing new ideas like ‘clean coal’ or natural gas as a ‘bridge’ fuel.”

Redman draws a link between these new, ostensibly more progressive, campaigns and a tactic she says is part of the push against the OPIC and Export-Import guidelines.

“We’re seeing some folks say that the idea here is about development goals and reducing poverty,” Redman says. “But I’m concerned that fossil fuels interests are hiding behind what looks like an altruistic motive as a way to build up the industry.”

In mid-December, two Republican lawmakers, including another representative from Kentucky, decried the restrictive new U.S. policies on overseas energy investment.

“Requiring [carbon capture and sequestration] would constitute a de facto ban on construction of state-of-the-art new coal-fired power plants – projects that some of the countries in greatest need of reliable and affordable electricity seek today.”

Such warnings notwithstanding, the Sierra Club’s Guay says the new provisions appear to have caught by surprise many proponents of cleaner overseas energy investments.

“We weren’t expecting such a problematic set of language around these provisions – it seems to have been kind of snuck in during the dead of the night,” he says.

“The [Obama] administration is not going to be happy. But one silver lining could be that this attack will have woken up both the administration and the activist community to how important this [provision] was and how much defence it will require going forward.”