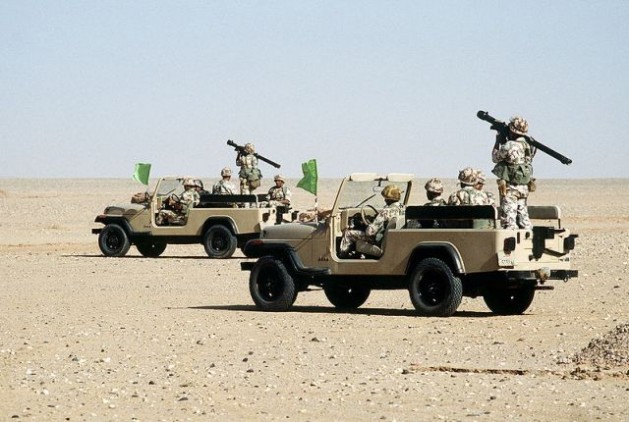 UNITED NATIONS, Mar 11 2014 (IPS) - Russia, which is at loggerheads with Washington over the spreading political crisis in Ukraine, is threatening to undermine a longstanding military relationship between the United States and one of its traditional allies in the Middle East: Egypt.

Although advanced surface-to-air missile systems have a much lower price-tag than larger systems such as combat aircraft, their transfer could have significant military effects.

Sisi, who is planning to run in the country’s presidential elections later this year, was in Moscow to negotiate a hefty two-billion-dollar arms deal with Russia.

“The U.S. government has built the modern Egyptian military over the course of the last three decades,” Dr Natalie J. Goldring, a senior fellow with the Security Studies Programme in the Edmund A. Walsh School of Foreign Service at Georgetown University, told IPS.

“Egypt would have to turn its military upside-down to switch to Russian weapons at this point,” she noted.

Ironically, if and when the arms deal is signed, the funding will come from money pledged by three strong U.S. allies in the region: Saudi Arabia, Kuwait and the United Arab Emirates (UAE) who themselves depend heavily on U.S. weapons for survival.

All three countries pledged more than 12 billion dollars to Egypt last year for two reasons: first, to provide economic support to a bankrupt Sisi regime, which ousted the government of former President Mohamed Morsi of the Muslim Brotherhood, and second, to counter the U.S. threat to reduce or cut off billions of dollars in military grants and suspend arms supplies to Cairo.

The U.S. had expressed its displeasure at the ouster of Morsi, the head of the first democratically elected government in Egypt.

Despite these tensions, Goldring said the Egyptian military will continue to be dominated by U.S. weapons for the foreseeable future.

According to the Congressional Research Service (CRS), more than 80 percent of Egyptian weapons deliveries (by dollar value) in recent years have been supplied by the United States.

The U.S. government has provided roughly 1.3 billion dollars of military assistance each year since Israel and Egypt signed a peace treaty in 1979.

“While attention has focused on the dollar value of the agreement, it is more important to focus on the types of [Russian] weapons that are transferred,” said Goldring, who also represents the Acronym Institute at the United Nations on conventional weapons and arms trade issues.

That Egypt would be looking for such weapons to augment what it gets from the United States is not surprising, he noted. Egypt has since long sought to diversify its arms suppliers in order not to be dependent on Washington.

Wezeman said there have been reports that Egypt is looking for new combat aircraft from another supplier than the United States to replace its ageing Soviet and Chinese models, and that it has looked at options from China, Russia or even surplus fighter planes of French origin from the UAE.

Goldring told IPS the types of weapons transferred will determine the military effects of the sale.

Although advanced surface-to-air missile systems have a much lower price-tag than larger systems such as combat aircraft, their transfer could have significant military effects, she noted.

Before the 1979 peace treaty with Israel, Egypt was equipped mostly with Soviet weapons systems.

Goldring said the upgrading of these weapons, obtained from the then-Soviet Union in the 1960s and 1970s, is less likely to be militarily significant.

By funding the Egyptian purchase, the Saudi government shows its preference for the Egyptian military government over the Muslim Brotherhood and former Egyptian leader Mohammed Morsi, Goldring noted.

In turn, Russia gets cash from Saudi Arabia for providing the weapons.

The sale could also potentially help Russia further weaken ties between Egypt and the United States, she added.

The Saudis have pledged massive quantities of aid to the military government, beginning with a pledge of five billion dollars just a week after the military took power in July 2013.

Wezeman said the deal, when completed, does not mean that Russia will become the sole or dominant arms supplier to Egypt, taking advantage of the current rift in relations between Egypt and Washington.

He said the United States still plans to resume its large military aid and Egypt is shopping for arms elsewhere too.

Despite the fact that European Union (EU) states had agreed to carefully review their arms exports to Egypt after the violence of last August, they don’t seem to have lost their appetite for selling weapons to Egypt altogether, said Wezeman.

Just last week, it was reported that Egypt was very close to signing a one-billion-euro deal with a French company for four to six new missile-armed corvettes for its navy.

And last year, there were reports Egypt had ordered two submarines from Germany, now under construction (with two more to be ordered this year).

Wezeman said Egypt has also been a longstanding market for Chinese arms and there is no doubt China will work hard to maintain that relationship.