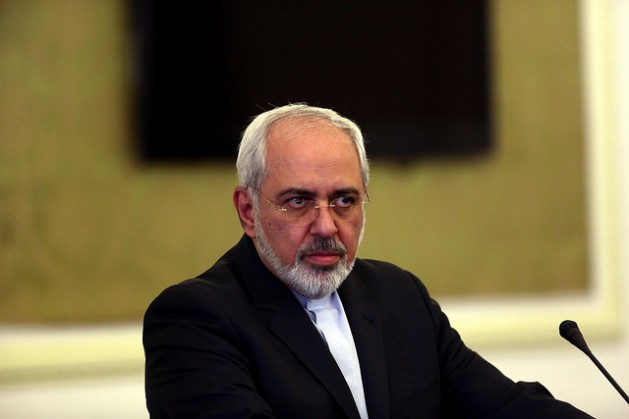 TEHRAN, Jun 13 2014 (IPS) - Iranian Foreign Minister Javad Zarif has revealed for the first time that Iran has made a detailed proposal to the P5+1 group of states aimed at ensuring that no stockpile of low-enriched uranium would be available for “breakout” through enrichment to weapons grade levels.

In an exclusive interview with IPS, Zarif described an Iranian plan, presented at the meetings with the P5+1 last month in Vienna, that would exclude weapons grade enrichment. “The parameters of the proposal would be set to continue Iran’s enrichment but to provide the necessary guarantees that it would not enrich to anything over five percent,” said Zarif.

The proposal, which was later published by the Iranian government, included a series of “technical guarantees” against nuclear weapons proliferation.

The plan would involve the immediate conversion of each batch of low-enriched uranium to an oxide powder that would then be used to make fuel assemblies for Iran’s Bushehr reactor, according to Zarif.

Russia is currently converting oxide powder to fuel assemblies for Bushehr, but Zarif told IPS that by the time the contract with Russia expires in 2021, “we will certainly have the capability to convert the oxide to fuel rods domestically.”

The previously undisclosed Iranian plan is part of a broader negotiating stance that insists on the need for a large increase in the number of centrifuges it would have in the future – a demand that the United States and its negotiating partners have rejected.

Obama administration officials have made it clear that they are insisting on very steep reductions in the number of centrifuges, based on the argument that Iran cannot be allowed to have the capability to enrich enough uranium to weapons grade for a single nuclear bomb in less than six to 12 months.

Zarif said he could not discuss the details of the Iranian proposal, because it is “still being negotiated”.

But he described it as involving a complete cycle “from conversion to yellowcake, to UF6, to enriched uranium, back to oxide powder, and back to fuel rods,” all of which would be “designed specifically to meet the requirements of the Bushehr reactor.”

Zarif revealed that the Iranian plan for guaranteeing that Iran could not have a nuclear weapons capability is very similar to the proposal that Iran made to a meeting with the European three (U.K., France and Germany) in Paris in March 2005.

The proposal, which was later published by the Iranian government, included a series of “technical guarantees” against nuclear weapons proliferation. It describes one of those guarantees as “immediate conversion of all enriched uranium to fuel rods to preclude even the technical possibility of further enrichment.”

The U.S.-educated Zarif said he had developed that 2005 proposal himself when he was Iranian Ambassador to the United Nations, after he had consulted with a number of American nuclear scientists on ways to reassure the Europeans and the U.S. that Iran could not enrich enough uranium to weapons grade for a nuclear bomb.

“I asked them what would provide the necessary confidence,” said Zarif.  “They gave me a number of elements, which I put in a package and sent it to Tehran, and then took it to Paris.”

Zarif personally presented the proposal to the European foreign ministers and continued the negotiations with them, as he recalled in an Op-Ed in the Washington Post Sunday.

Frank N. Von Hippel, former assistant director for national security in the White House Office of Science and Technology and now a professor at Princeton University, confirmed in an e-mail that he had been part of a small group of American scientists and others who had met with Zarif to discuss the problem of how to provide assurances that Iran’s civil nuclear programme would not be used to support a nuclear weapons programme.

Von Hippel said his recollection was that the group had suggested “not building up a stockpile but rather shipping [the low-enriched uranium] to Russia to make fuel for the Bushehr reactor.”

Peter Jenkins, then the U.K. permanent representative to the International Atomic Energy Agency, participated in the Mar. 23, 2005 meeting at which the Iranian plan was presented.

“All of us were impressed by the proposal,” he recalled in a 2012 interview. The Europeans did not accept it as the basis for negotiation, however, because the George W. Bush administration had insisted that Iran not be allowed to have any enrichment whatsoever, according to European diplomats involved in that earlier phase of negotiations.

Zarif rejected the Obama administration’s position that Iran should obtain whatever reactor fuel it needs for Bushehr or any future reactors from Russia or other foreign sources rather than relying on its own enrichment capabilities. “People should not tell us you have to rely on us,” he said. “It is 30 years too late.”

He was referring to Iran’s experience with its reliance during the early 1980s on a French-based uranium enrichment consortium called Eurodif in which it had a financial stake acquired during the Shah’s regime that entitled Iran to 10 percent of the enriched uranium produced by the consortium.

After the Islamic Republic resumed the nuclear programme begun by the Shah, however, the French government prevented Eurodif from supplying any enriched uranium for nuclear fuel for the nuclear reactor at Bushehr in the early 1980s.

The foreign minister ruled out the acceptance of the P5+1 proposal in the last round of negotiations, which reportedly would limit the number of Iranian centrifuges to a fraction of its present total of 19,000.

“We’re not going to redefine our practical needs,” he said, referring to the language in the Joint Plan of Action agreed to last November calling for agreement on an Iranian enrichment programme whose “parameters” would reflect Iran’s “practical needs”.

But the foreign minister indicated that Iran was “prepared within the scope of those practical needs to work on timing, to work on various technical details….”

Zarif criticised statements by former and present U.S. officials to the news media as well in the negotiations referring to demands that the number of Iranian centrifuges must be geared to the need to extend the time required for “breakout” to 6 to 12 months.

Some of the statements made to the press, including those by former State Department proliferation official Robert Einhorn, as well as some of those made in the negotiations “amount to posturing”, Zarif said, adding that they “amount to creating expectations that can never be met.”

“It will be much more productive if everyone involved refrains from shaping the debate in a way that [it] will be out of control,” said Zarif.

Zarif said the U.S. insistence on Iran’s ending of all enrichment at its Fordow facility, which is located in a tunnel under a mountain, is based on “the argument that you can’t have this facility, because otherwise we can’t bomb it.”

The implied assertion of the right to bomb Iranian facilities “strikes the wrong chord in the Iranian psyche and produces exactly the opposite reaction,” he said.

Zarif challenged the view reflected in Western news coverage that the Rouhani government is under strong political pressure to produce results in the talks that would remove the worst sanctions.

The last round of talks in Vienna, which were unsuccessful “has been the easiest time at home,” he said, and “the toughest time” for him as he had to explain “each positive result to a population that is extremely skeptical of the West’s intentions.” If he rejected a deal, Zarif said, he would receive a “hero’s welcome.”

* The fourth paragraph in the story moved on Jun. 13, 2014 has been corrected to reflect a further clarification by Zarif in an e-mail to IPS of Iran’s intention regarding the conversion of oxide powder to fuel assemblies. The ninth paragraph corrects one word in the quote from Zarif and adds updated information on Zarif’s role in personally presenting the 2005 proposal in Paris.