At the Crucial Nexus of Water and Energy 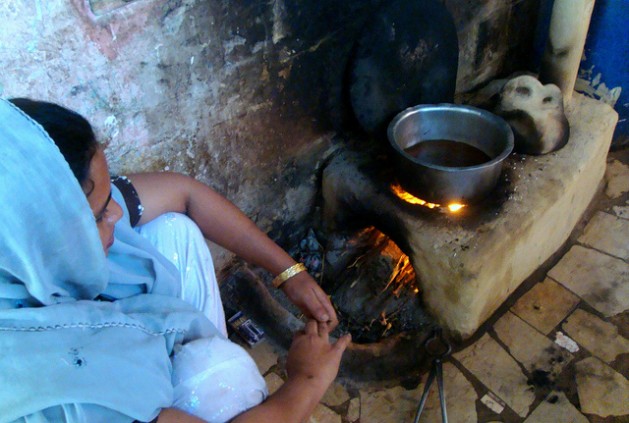 PORT OF SPAIN, Trinidad, Jul 7 2014 (IPS) - Global institutions are still in the learning phase when it comes to successfully managing water and energy in an integrated manner as part of the quest for sustainable development.

According to World Bank official Daryl Fields, understanding the water-energy nexus is critical for addressing growth and human development, urbanisation and climate change, but many policy-makers are finding it challenging to transform this concept into a reality.

"There is no escape from the fact that the need and demand for finite and vulnerable water resources will continue to expand and so will competition for it." -- Dr. Mohamed Ait-Kadi

Fields, who is also a Technical Committee member of the Global Water Partnership, was speaking at a recent meeting of the GWP Consulting Partners, held in Trinidad for the first time.

“We are left with a lot of opportunities and many questions and a fair amount of work to do,” she said.

According to the Stockholm Environment Institute, “Climate change is also likely to aggravate pressure on resources and so add to the vulnerability of people and ecosystems, particularly in water scarce and [water] marginal regions.”

Fields said “network” was a more appropriate term than “nexus” because of the many linkages involved and the mutual dependence of energy and water. Energy affects water quality through discharges and effluence, as well as through its impact on the reliability of water supply and the cost of maintaining that supply, because energy is needed to pump water to consumers.

On the other hand, she said, water quality affects the ability to provide energy. As an example, she cited a hydropower plant in India whose equipment suffered erosion because of sediment in the water used by its turbines. As well, there was the issue of salinisation.

She said that the challenge of managing water and energy in an integrated fashion was compounded by the extreme differences between the two. Those working in the two industries often spoke different “languages”, had different perspectives and a different way of looking at things.

Stressing the urgent water challenges facing nations, Dr. Mohamed Ait-Kadi, chair of the GWP Technical Committee, pointed out that water-scarce regions now account for about 36 percent of the global population and 22 percent of global GDP. He said demand for water had grown 600 times during the 21st century.

“Good water management is important to [sustainable] growth and for building resilience to climate change,” he said. “There is no escape from the fact that the need and demand for finite and vulnerable water resources will continue to expand and so will competition for it.”

Nevertheless, GWP’s experience in Africa shows that water managers are finding practical, yet simple solutions to the water crisis, while taking into account the energy needs of communities.

The WACDEP programme in Africa comprises Tunisia, Ghana, Burkina Faso, Cameroon, Rwanda, Burundi, Zimbabwe and Mozambique. It seeks to ensure that water issues and the capacity to deal with climate change issues that affect water within those countries are strengthened.

Takawira told IPS that in the Lake Cyhoha catchment, a basin shared by Burundi and Rwanda, people were cutting down trees for fuel, leading to deforestation that adversely affected the watershed.

WACDEP created a buffer zone around the watershed by planting trees, and with the help of partners in the two countries provided alternative sources of energy for the people in the area, namely, more fuel-efficient stoves and biogas digesters.

He said his organisation realised that water management requires a broad-based approach to meet the vital needs a community may have.

“They still need the energy. We are learning that you have to go broader. That is why it is important to tackle water, food and energy issues together. What you want to do as water managers is ensure the watersheds are managed properly. [But] if you tell them to stop cutting trees, what are they going to cook with?”

He cited a second example showing the interconnection of water and energy. In Cameroon, people wanted to be close to the river to easily access water, which created problems like siltation and reduction of plant coverage. Those problems could become disastrous in times of flood or drought.

Takawira explained that intensive activity near the riverbank loosens the soil and causes siltation. Siltation in turn reduces the amount of water stored in river dams, which would prove detrimental during times of drought.

Moving people away from the river is important for dealing with floods also, he explained, since occupation of river banks tends to reduce the vegetation that slows down and absorbs flood waters.

To deal with the problem, WACDEP in Africa encouraged the Cameroonians to move farther inland by providing them with pipes so that they could easily get water. However, energy was needed to move the water through the pipes and so the organization also provided solar energy to pump the water to people’s properties.

Takawira said WACDEP in Africa was “delivering on the ground” as far as working with communities and government institutions to ensure water security and reduce vulnerabilities to climate variability and change.

GWP-C’s Dr. Natalie Boodram said GWP in the Caribbean had learnt much from the experiences of their partners in Africa, since there were many similarities in the two regions’ situation. She said GWP-C had particularly benefited from learning about the capacity-building strategy of GWP-Africa.