Like a ghost in the night this jellyfish drifts near the seafloor in Barkley Canyon, May 30, 2012, at a depth of 892 metres. Credit: CSSF/NEPTUNE Canada/cc by 2.0

The final decision was taken in the wee hours of Saturday morning when the rest of the United Nations was fast asleep.

The open-ended Ad Hoc informal Working Group, which negotiated the deal, has been dragging its collective feet since it was initially convened back in 2006.

The High Seas Alliance, a coalition of 27 non-governmental organisations (NGOs) plus the International Union for the Conservation of Nature (IUCN), played a significant role in pushing for negotiations on the proposed treaty.

Karen Sack, senior director of international oceans for The Pew Charitable Trusts, a member of the coalition, told IPS a Preparatory Committee (Prep Com), comprising of all 193 member states, will start next year. 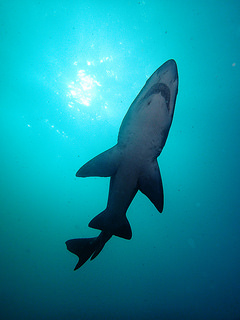 “As part of reaching consensus, however, there was no deadline set for finalising the treaty,” she said.

Asked if negotiations on the treaty would be difficult, she said, “Negotiations are always tough but a lot of discussion has happened over almost a decade on the issues under consideration and there are definitely certain issues where swift progress could be made.”

The Prep Com will report to the General Assembly with substantive recommendations in 2017 on convening an intergovernmental conference for the purpose of elaborating an internationally legally binding instrument.

The four-day discussions faced initial resistance from several countries, including the United States, Russia, Canada, Japan and South Korea, and to some extent Iceland, according to one of the participants at the meeting.

But eventually they joined the large majority of states in favour of the development of a high seas agreement.

Still they resisted the adoption of a time-bound negotiating process, and “setting a start and end date was for them a step too far,” he added.

Sofia Tsenikli, senior oceans policy advisor at Greenpeace International, told IPS: “Regarding the United States in particular, we are very pleased to see them finally show flexibility and hope that moving forward they find a way to support a more ambitious timeline.”

In a statement released Saturday, the High Seas Alliance said progress came despite pressure from a small group of governments that questioned the need for a new legal framework.

“That minority blocked agreement on a faster timeline reflecting the clear scientific imperative for action, but all countries agreed on the need to act,” it added.

The members of the High Seas Alliance applauded the decision to move forward.

Lisa Speer of the Natural Resources Defence Council said many states have shown great efforts to protect the half of the planet that is the high seas.

“We know that these states will continue to champion the urgent need for more protection in the process before us,” she added.

Daniela Diz of World Wildlife Fund (WWF) Saturday’s decision was a decisive step forward for ocean conservation. “We can now look to a future in which we bring conservation for the benefit of all humankind to these vital global commons.”

Mission Blue‘s Dr Sylvia Earle said, “Armed with new knowledge, we are taking our first steps to safeguard the high seas and keep the world safe for our children.”

The outcome of the meeting will now have to be approved by the General Assembly by September 2015, which is considered a formality.

The high seas is the ocean beyond any country’s exclusive economic zone (EEZ) ‑ amounting to 64 percent of the ocean ‑ and the ocean seabed that lies beyond the continental shelf of any country, according to a background briefing released by the Alliance.

Only an international High Seas Biodiversity Agreement would address the inadequate, highly fragmented and poorly implemented legal and institutional framework that is currently failing to protect the high seas ‑ and therefore the entire global ocean ‑ from the multiple threats they face in the 21st century.