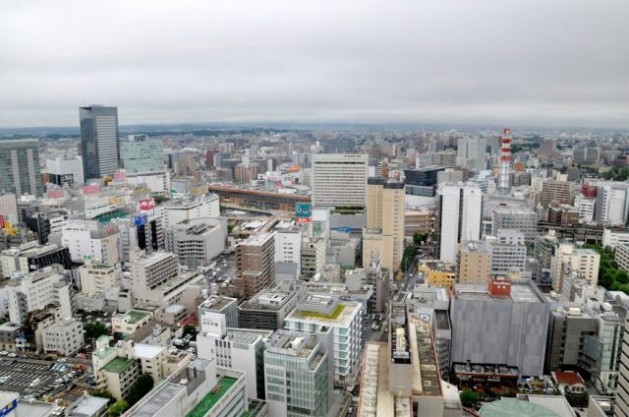 SENDAI, Japan, Mar 13 2015 (IPS) - As the world inched towards a crucial United Nations Conference in Sendai, Japan, Margareta Wahlström, head of the U.N. Office for Disaster Risk Reduction (UNISDR), assured that there was “general agreement” on the need to “move from managing disasters to managing disaster risk”.

The rationale behind that understanding, she said, is: “If the world is successful in tackling the underlying drivers of risk such as poverty, climate change, the decline of protective eco-systems, uncontrolled urbanisation and land use the result will be a much more resilient planet. The framework will help to reducing existing levels of risk and avoid the creation of new risk.”

The total economic impact from global disasters stood at 1.4 trillion dollars between 2005 and 2014.

Echoing the UNISDR head’s sentiments, Inter-Parliamentary Union (IPU) President Saber Hossain Chowdhury pleaded for “a good start” in Sendai as the international community moves towards “the year for sustainable development”.

The U.N. General Assembly will in September endorse a wide-ranging set of Sustainable Goals (SDGs) to replace the Millennium Develo0ment Goals (MDGs) aimed, among others, at halving poverty.

Sendai, in the centre of Japan’s Tohoku region, which bore the brunt of the 2011 earthquake and tsunami that led to the Fukushima nuclear power plant disaster, is hosting the Third UN World Conference on Disaster Risk Reduction (WCDRR) from Mar. 14 to 18, which is being joined by government leaders and civil society representatives from around the world.

According to the UNISDR, at least 700,000 people have been killed and 1.7 billion affected by disasters worldwide since the last such conference in Kobe, Japan, in 2005. The total economic impact from global disasters stood at 1.4 trillion dollars between 2005 and 2014. The first conference on disaster risk reduction was hosted by Yokohama in Japan in 1994.

Chowdhury said, sustainable development was not possible with the levels of disaster losses increasing. Welcoming the focus on local capacity at the Sendai Conference, he said at a session of parliamentarians on Mar. 13: “Local government is absolutely critical. Parliamentarians have an important role, including helping to increase the allocation of resources to the local level.”

He lauded the long-standing partnership between parliamentarians and UNISDR, citing how the two had co-developed practical tools that were being used by legislators to strengthen disaster resilience at the local and national levels.

Observers noted in this context the voluntary commitment of the government of Nepal to a local disaster reduction management plan.

The WCDRR website reported: “Ministry of Federal Affairs and Local Development will support the 130 municipalities in the country to prepare the Local Disaster Risks Management Plan. We will do so in cooperation with all stakeholders involved in disaster risks reduction in Nepal that include NGOs. This plan will guide the activities on disaster risks reduction at local level.”

Ahead of the opening of the Conference, government representatives discussed on Mar. 13 the text of the post-2015 Framework for Disaster Risk Reduction to be adopted on Mar. 18, the closing day of the conference.

According to the draft text, the Sendai conference would declare it as “urgent and critical to anticipate, plan for and act on risk scenarios over at least the next 50 years to protect more effectively human beings and their assets, and ecosystems”.

The text of the post-2015 Framework calls for “a broader and a more people-centred preventive approach to disaster risk”, stressing the importance of “enhanced work to address exposure and vulnerability and ensure accountability for risk creation” at all levels.

The text expected to be adapted says: “Given their differential capacities, developing countries require enhanced global partnership for development, adequate provision and mobilization of all means of implementation and continued international support to reduce disaster risk.”

It adds: “Partnerships will play an important role by harnessing the full potential of engagement between governments at all levels, businesses, civil society and a wide range of other stakeholders, and are effective instruments for mobilizing human and financial resources, expertise, technology and knowledge and can be powerful drivers for change, innovation and welfare.”

Addressing the oft-controversial issues of financing and technology transfer, the draft says: “Developing countries, in particular least developed countries, small island developing States and landlocked developing countries, and Africa require predictable, adequate, sustainable and coordinated international assistance, through bilateral and multilateral channels, for the development and strengthening of their capacities, including through financial and technical assistance, and technology transfer on mutually agreed terms.”

It also pleads for enhanced access to, and transfer of, environmentally sound technology, science and innovation as well as knowledge and information sharing through existing mechanisms, such as bilateral, regional and multilateral collaborative arrangements, including the United Nations and other relevant bodies.

Further: States and regional and international organisations, including the United Nations and international financial institutions, are called upon to integrate disaster risk reduction considerations into their sustainable development policy, planning and programming at all levels.

The draft text also calls for adequate voluntary financial contributions to be provided to the United Nations Trust Fund for Disaster Reduction, in an effort to ensure adequate support for the follow-up activities to this framework.

“The current usage and feasibility for the expansion of this Fund should be reviewed, inter alia, to assist disaster-prone developing countries to set up national strategies for disaster risk reduction,” adds the draft scheduled to be adopted by the Sendai conference.