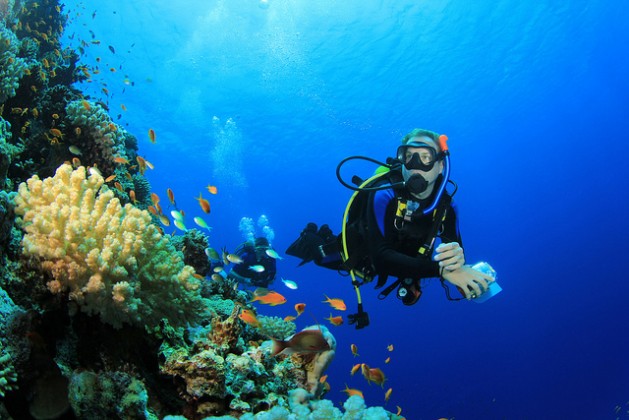 Globally, 75 percent of coral reefs are under threat from overfishing, habitat destruction, pollution and acidification of the seas due to climate change. Credit: Bigstock

BASSETERRE, St. Kitts, Jun 24 2015 (IPS) - The Eastern Caribbean nation of Grenada is following the example of its bigger neighbours Belize and Jamaica in taking action to restore coral reefs, which serve as frontline barriers against storm waves.

Coral reefs also play an extremely important role in the Caribbean tourism economy, as well as in food production and food security, but they have been adversely affected by rising sea temperatures and pollution.

“We will actually create coral nurseries where we will harvest live coral from some of the healthy colonies around the island." -- Kerricia Hobson

An assessment of the vulnerability of Grenada, conducted between September and October 2014, identified several areas that are particularly vulnerable that did not already have interventions. Two such areas were Grand Anse on mainland Grenada and the Windward community on the sister island Carriacou.

“What we will be doing through this project is actually establishing coral nurseries and this is the first time it will be done in the Organisation of Eastern Caribbean States (OECS),” Kerricia Hobson, Project Manager in the Environment Division in Grenada’s Ministry of Agriculture, Lands, Forestry, Fisheries and the Environment, told IPS.

“We will actually create coral nurseries where we will harvest live coral from some of the healthy colonies around the island. We will propagate them in the nursery and when they are sufficiently mature, we will plant them on existing reef structures.”

The reef restoration is being done jointly by the Government of Grenada and the United Nations Environment Programme (UNEP) under the Coastal Eco-system Based Adaptation in Small Island Developing States (Coastal EBA Project).

Hobson spoke with IPS on the sidelines of a communication symposium to demystify the complexities of communicating on climate change and its related issues.

The June 18-19 symposium was held here under the OECS Rally the Region to Action on Climate Change (RRACC project), which is funded by the United States Agency for International Development (USAID).

Hobson noted that Grenada and its Caribbean neighbours get a lot of economic benefits from their coastal ecosystems, particularly through tourism and fisheries; and they also provide protection to the coastlines.

But she said a number of factors have led to the destruction of coral reefs.

“A lot of them are climate-related but some of them are the result of human activities. In the Caribbean we have a history of not recognising the importance of some of these structures,” she said.

“Like mangroves, with coral reefs some of the destruction is actually due to things like pollution which comes from land run-off. For example our agricultural sector, there is a tradition of farming close to water sources because it’s easier to get the water for your plants and your animals but it also means that when it rains all of the excess fertilizers and the faeces from your animals wash into the river and because we live on an island, five minutes after it rains these things end up on the reef.

“So what you end up having is a reef that is dominated by algae which overgrow the reefs,” Hobson explained. 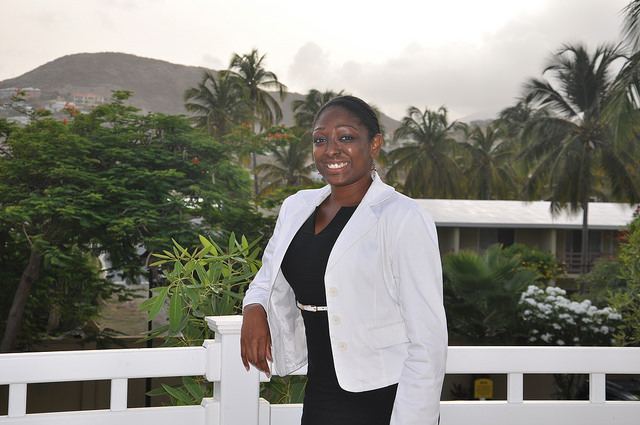 The findings of a three-year study by 90 international experts, released in 2014, said restoring parrotfish populations and improving other management strategies, such as protection from overfishing and excessive coastal pollution, can help reefs recover and even make them more resilient to future climate change impacts.

In 1980, Hurricane Allen – the worst storm to hit Jamaica in the past 100 years – smashed the reefs, decimating the ecosystem.

Globally, 75 percent of coral reefs are under threat from overfishing, habitat destruction, pollution and acidification of the seas due to climate change.

The Inter-governmental Panel on Climate Change (IPCC), in its fifth assessment report on climate change impacts and adaptation, said that damage to coral reefs has implications for several key regional services.

Coral reefs contribute to protecting the shoreline from the destructive action of storm surges and cyclones, sheltering the only habitable land for several island nations, habitats suitable for the establishment and maintenance of mangroves and wetlands, as well as areas for recreational activities. The report noted that this role is threatened by future sea level rise, the decrease in coral cover, reduced rates of calcification, and higher rates of dissolution and bioerosion due to ocean warming and acidification.

In the tourism sector, the IPCC said more than 100 countries benefit from the recreational value provided by their coral reefs.

With the advent of climate change, Caribbean countries have been told they have to start acting now, since their future viability is based on their present responsibility.

Dr. Dale Rankine, a researcher at the Caribbean Institute for Meteorology and Hydrology (CIMH) in Barbados, said there are certain things countries have to start doing now, if they have not already started.

“One is mitigation, which is really to limit the amount of greenhouse gases. We have to lobby all the major emitters because collectively all of the small island states really emit very little. We have to pursue a green economy,” Rankine told IPS.

“Adaptation is also a major thing. For adaptation, we have to weigh the cost of action versus inaction right across the different sectors.

Rankine also suggested that countries start embedding climate change considerations in all of their development planning and look at diversification in the agricultural sector “because some of the crops are just not going to survive in the future”.