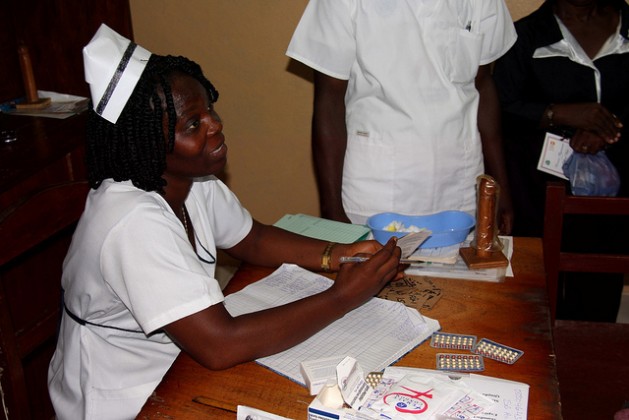 UNITED NATIONS, Jul 30 2015 (IPS) - Liberia’s Ebola epidemic may have subsided but its after-effects are still being felt, with tens of thousands of infants going unregistered at birth, the U.N. children’s agency UNICEF says.

Liberia had ranked second after Somalia among countries with the lowest levels of birth registration. But just before the Ebola outbreak, progress had been made in reversing this problem, which leaves children at risk of exploitation and raises hurdles to entering the school system.

In July 2010, a decentralised birth registration system was launched by the government, with support from UNICEF, PLAN Liberia, Crisis Management Initiative and other development partners.

In 2013, the births of 79,000 children were registered, representing about a quarter of all new births and a dramatic increase from the four percent in previous years.

But by 2014, when many health facilities had closed or had reduced services due to the Ebola response, the number of registrations fell to 48,000 – a 39 per cent decrease.

And just 700 children are reported to have had their births registered between January and May 2015.

“Children who have not been registered at birth officially don’t exist,” said Sheldon Yett, UNICEF’s Representative in Liberia. “Without citizenship, children in Liberia, who have already experienced terrible suffering because of Ebola, risk marginalization because they may be unable to access basic health and social services, obtain identity documents, and will be in danger of being trafficked or illegally adopted.”

The neighbouring countries of Guinea and Sierra Leone were also hit by the deadly virus, which weakened already fragile health systems. But in Sierra Leone, approximately 250,000 children were registered during a recent five-day birth registration and polio vaccination campaign.

UNICEF is now working to register nearly 70,000 Liberian children who weren’t registered during the outbreak.

The agency is supporting the revamp of the registration systems, and will assist with training, logistics, and outreach efforts prior to a planned nationwide campaign later this year, with the aim of reaching all children not registered in 2014 and 2015.

“No child should suffer the indignity, or not have protection from a state or other entities, and be unable to access basic services that are every child’s right just because of a lack of a registered identity,” says Yett. “We cannot, and should never let that happen.”

Altogether, more than 4,800 people died during Liberia’s Ebola outbreak, nearly half of all diagnosed cases. The country was still recovering from a devastating civil war that ended in 2003, and the virus proved especially deadly for health care workers.

According to the World Health Organization, they were 20-30 times more likely to contract the disease than the general public, given the number of patients they saw and treated.  More than 800 contracted Ebola, and more than 400 died, with the outcome of almost one quarter of the cases unknown – this in a country with just 50 doctors.

“Guinea, Liberia, and Sierra Leone entered the Ebola epidemic with severely underfunded health systems,” said Dr. Matshidiso Moeti, WHO Regional Director for Africa. “After a year of handling far too many severely ill patients, the surviving staff need support, better protection, compensation, and reinforcements. The existing facilities need a complete overhaul, and many new structures need to be built. If another outbreak strikes, the toll would be far worse.”