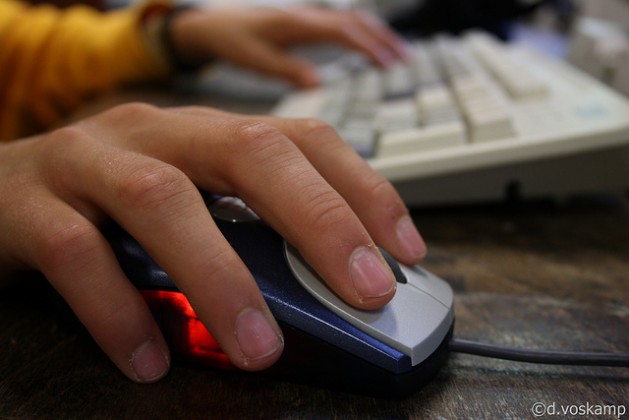 The chance to make an impact seems just a few mouse clicks away. Credit: Dorian V./cc by 2.0

UNITED NATIONS, Aug 20 2015 (IPS) - In recent years, online activism platforms have multiplied to the degree that they are starting to have a significant real world impact in areas like environmental protection, human rights and public policy.

The most important decision-making instrument of these platforms is the online petition. In the age of social media, the chance to make an impact seems just a few clicks away.

“There are many metrics for success. Victory is the most obvious of metrics, but not all campaigns win and that does not necessarily mean that they are failures." -- Michael Allen Jones of Change.org

One can easily sign existing petitions or launch his or her own petition in an instant. Organisations such as 38 Degrees, Avaaz, Causes, Care2 Petitions, Change.org, ipetitions or MoveOn, just to name a few, have spread across the world and provide the option to start a free petition. Even the White House has launched an official online petition initiative called We The People.

Two big platforms that primarily provide the service of online petitions are Avaaz and Change.org, both eight years old.

“Democratic accountability is hardwired into our model. While the Avaaz team and supporters suggest campaigns, each campaign is polled and tested with a randomized sample of the Avaaz community,” Aften Meltzer, a spokesperson for Avaaz, told IPS.

Transparent monitoring of a campaign’s impact on social change might be the key to gaining more influence and going beyond primarily raising awareness, she said.

Avaaz is a democratic network of over 41 million members which was founded in New York. It has become a global movement within just a few years. Eighteen national teams on six continents launch campaigns all over the world by mobilising individuals to participate in decision-making processes on a local, national or global level.

According to their website, more than 253 million actions have been taken via Avaaz since its launch in 2007. Avaaz solely depends on individual online contributions up to 5,000 dollars.

Change.org is a similar online initiative with over 113 million participants and more than 13,000 successful petitions in 196 countries. It works in the same way by giving people the chance to make a contribution by participating in online petitions. Change.org is a social enterprise and certified B Corporation.

“Our mission is to empower people everywhere to create the change they want to see, and we believe the best way to achieve that mission is by combining the vision of a non-profit with the flexibility and innovation of a tech startup,” said Michael Allen Jones, Deputy Managing Director for North America at Change.org.

Global online networks attract a lot of international attention. Avaaz has collected online signatures and sent personal messages to Ministers of the European Commission, asking for a European Agenda on Migration.

“450,000 EU members called for urgent action, and the petition was delivered to key EU decision maker,” said Meltzer. “Our members’ voices were heard, and the EU struck a deal to boost its search and rescue budget and offer sanctuary to over 50,000 refugees.”

A one million strong petition organised by Avaaz had an impact on clothing company Benetton’s decision to reimburse the victims of the severe accident in Bangladesh’s garment factory house Rana Plaza in 2013.

Benetton decided to contribute 1.1 million dollars to the Rana Plaza Trust Fund. Besides the online petition, Avaaz put up billboards outside Benetton’s headquarters, initiated various negotiations with the CEO and company executives, and launched awareness campaigns in social media networks.

Change.org also provides information on its online petition highlights: for example, the video game company EA sports will finally include women players in their soccer games starting from September 2016. The online petition which led to this success was initiated three years ago by 13-year-old soccer fan Rebekah Araujo.

Another successful petition is the one conducted on behalf of Jeff Mizanskey, who had spent 20 years in prison. Mizanskey was the only man in Missouri serving a life-sentence without parole for non-violent marijuana offenses. As a result of collecting almost 400,000 signatures for an online petition initiated by Mizanskey’s son, he was granted clemency by Missouri Governor Jay Nixon on May 28 this year.

Raising awareness vs. lack of transparency

Given the fact that the signing of online petitions is the most important instrument of these organisations, their networks seem quite loose. All around the world, people who are normally not interconnected can make a one-time contribution and organisations like Avaaz or Change.org have little influence on whether contributors will engage in further campaigns or not. Participants might not necessarily want to learn more about the cause of a petition.

“The network here isn’t as loose as it may seem,” Jones told IPS. “They [the signers] join forces with a petition starter and want to be kept in the loop about a campaign’s narrative and progress.

“Sure, the numbers might be big, but we’ve found that petition signers actually crave updates on petitions – they want to see news articles written about the campaign, see photos from a petition delivery that a starter might do, or hear about whether a campaign wins or makes progress. That’s a level of engagement that goes far beyond just signing a petition, and really makes signers part of the story in a petition’s life cycle.”

The impact of online petitions cannot always reliably be monitored. Other groups or individuals work on social issues as well, so it is hard to say who is responsible for a change.

Jones of Change.Org told IPS: “There are many metrics for success. Victory is the most obvious of metrics, but not all campaigns win and that does not necessarily mean that they are failures. Campaigns have the power to influence a narrative on an issue, introduce new thought and emotion into a debate, and of course raise the volume on issues important to marginalised communities.”

When anyone can start a campaign and mobilise a vast number of participants, the rising number of online petitions might lead to a decline in their value. The White House already had to raise the threshold for petitions via We The People from 5,000 to 100,000 signatures, as the platform was flooded with petitions.

Nevertheless, when looking at the outcome of online petitions, they are a perfect example of the strength of weak ties. People can easily and collectively interact on the same social causes. Online petitions raise awareness. They enable immediate action, as they spread through social media. Online campaigns can be started anytime, anywhere and by anyone who has access to the internet.

With their polished web appearances, these organisations continuously expand their communities, especially attracting young web-savvy individuals who want to make a difference in some way.

Besides online petitions, some platforms also conduct on-the-ground campaigns. As long as they continue offering the option to participate in such initiatives and deliver reliable monitoring when it comes to the impact, they have the chance of transforming political decision-making processes in the long-term.

Of course, the end goal is that activism goes beyond the realms of the internet, and mobilises people to get involved in their communities and beyond. Effective and transparent monitoring that shows the impact of an online petition could attract more citizens and transform the online petition into an established instrument of modern democracy.