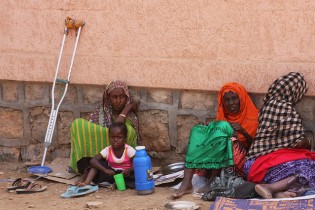 By Britta Schmitz
In recent years, online activism platforms have multiplied to the degree that they are starting to have a significant real world impact in areas like environmental protection, human rights and public policy.

By Julia Hotz
"My cousin was a very successful and distinguished student. She said that she finished high school with excellent grades and enrolled in college, but a month later, her parents forced her to leave school and burned all her books and studying material. So, the girl set fire to herself."

By Murat Sadykov
For months, state-run media propaganda in Uzbekistan has warned about the supposedly detrimental effects of foreign media and culture on young people.
Next Page »
ADVERTISEMENT ADVERTISEMENT