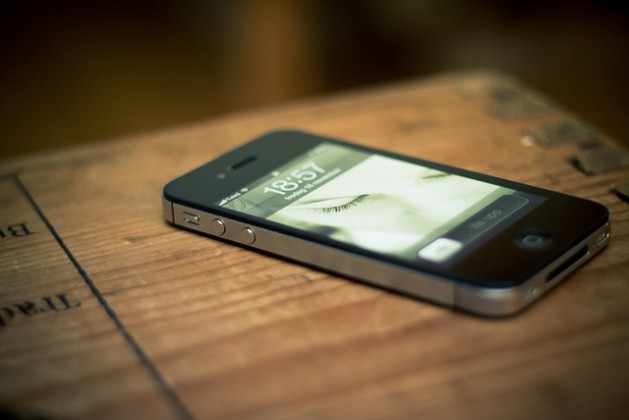 Some organisations are developing alert applications that journalists, human rights defenders and others can use to send an emergency message (along with GPS co-ordinates) to their friends and colleagues if they feel in immediate danger. Credit: Johan Larsson/ cc by 2.0

Singling out the role of Information and Communication Technologies (ICTs), the U.N. Special Rapporteur on Summary Executions Christof Heyns says: “We have all seen how the actions of police officers and others who use excessive force are captured on cell phones and lead to action against the perpetrators.”

“We must guard against a mind-set that ‘if it is not digital it did not happen.'" -- Christof Heyns

Billions of people around the world now carry a powerful weapon to capture such events in their pockets, he said.

“The fact that this is well-known can be a significant deterrent to abuses,” Heyns said, in a report to the 29th session of the 47-member Human Rights Council, which began its three-week session in Geneva June 15.

Heyns said the hardware and software that produce and transmit information in the digital space can play an increasing role in the protection of all human rights, including the right to life, by reinforcing the role of ‘civilian witnesses’ in documenting rights violations.

In his report, Heyns urged the U.N. system and other international human rights bodies to “catch up” with rapidly developing innovations in human rights fact-finding and investigations.

“The digital age presents challenges that can only be met through the smart use of digital tools,” he said.

From democratic societies like Germany or the United States where ‘civilian witnesses’ documenting instances of police brutality and extrajudicial executions create an effective check on law enforcement abuse, to societies under competitive authoritarian regimes like Kazakhstan or Venezuela where witnesses themselves can face extrajudicial execution for filming police brutality, ICTs play a huge role in documenting this egregious type of human rights violation, he said.

“Even in North Korea, the world’s most repressive and tightly closed society, satellite imagery has long helped determine the exact location and population estimates of prison camps, and recently helped uncover a disturbing case of executions by firing squad, where executioners used anti-aircraft machine guns.”

In his report, Heyns told the Human Rights Council the hardware and software that produce and transmit information in the digital space can play an increasing role in the protection of all human rights, including the right to life, by reinforcing the role of ‘civilian witnesses’ in documenting rights violations.

He said various organisations are developing alert applications that journalists, human rights defenders and others can use to send an emergency message (along with GPS co-ordinates) to their friends and colleagues if they feel in immediate danger.

“New information tools can also empower human rights investigations and help to foster accountability where people have lost their lives or were seriously injured,” the Special Rapporteur said.

The use of other video technologies, ranging from CCTV cameras to body-worn “cop cams”, can further contribute to filling information gaps.

Resources such as satellite imagery to verify such videos, or sometime to show evidence of violations themselves, is also an important dimension, he noted.

But despite the many advantages offered by ICTs, Heyns said it would be short-sighted not to see the risks as well.

“Those with the power to violate human rights can easily use peoples’ emails and other communications to target them and also to violate their privacy,” he said.

The fact that people can use social media to organise spontaneous protests can lead authorities to perceive a threat – and to over-react.

Moreover, there is a danger that what is not captured on video is not taken seriously. “We must guard against a mind-set that ‘if it is not digital it did not happen,’” he stressed.

El-Hage told IPS his Foundation also agrees with the special rapporteur that ICTs are a double-edged sword because through them governments can “easily access the emails and other communications” of law-abiding citizens, especially political opponents, journalists and human rights defenders, “to target them and violate their privacy.”

HRF has recently denounced the cases of targeted surveillance and persecution against pro-democracy activists Hisham Almiraat in Morocco and Waleed Abu AlKhair in Saudi Arabia, and was among the organisations that submitted a white paper to the U.N. Special Rapporteur on Freedom of Expression to inform his own report on the way ‘encryption’ and ‘anonymity’ can protect both the rights to privacy and free speech.

In his report, Heyns also cautioned that not all communities, and not all parts of the world, are equally connected, and draws special attention to the fact that “the ones that not connected are often in special need of protection.”

“There is still a long way to go for all of us to understand fully how we can use these evolving and exciting but in some ways also scary new tools to their best effect,” Heyn said pointing out that not all parts of the international human rights community are fully aware of the power and pitfalls of digital fact-finding.