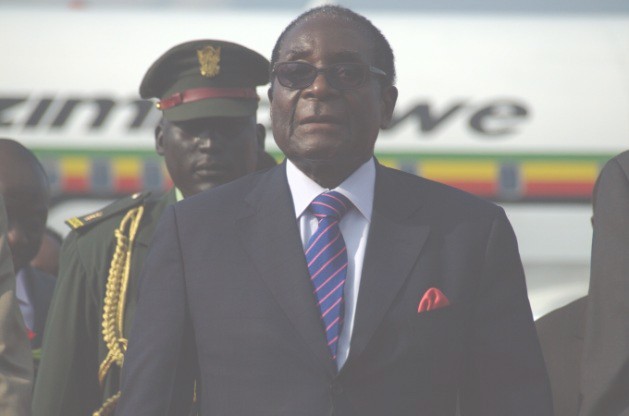 ROME, Oct 25 2016 (IPS) - In a WhatsApp video that went viral in September, a middle-aged Zimbabwean man addresses President Robert Mugabe, telling him that 90 percent of the people in the country are unemployed and do not contribute to the economy because Mugabe cannot provide jobs.

“You are assaulting children for expressing their heartfelt disappointment because of your misrule. We are tired of that,“ the man continues, speaking about high-level corruption, injustice and police brutality, and deteriorating social service delivery.

He asks Mugabe: “You wear spectacles, but you can’t see. How many spectacles do you need to see that you are destroying the country?”

In a country that reportedly suppresses the traditional media, Zimbabweans have found another way to communicate their frustrations towards the government.

Social media platforms as well as texting services such as WhatsApp have become steadily more popular as means to criticise, but also address Mugabe, who appears to not be easily accessible to ordinary citizens.

The use of social media has especially increased after evangelical pastor Evan Mawarire posted a video earlier this year in April in which he appeared with the national flag around his neck, criticizing the government’s economic strategy.

The video led to the larger social media campaign #ThisFlag in which thousands of Zimbabweans participated, bringing the situation the country into the international spotlight and reaching millions of people on a global level, much to the displeasure of Mugabe.

By using the internet to communicate, Zimbabweans become empowered to relatively safely speak out against the government, and at the same time, state propaganda starts to lose its effectiveness.

The worsening economic situation in Zimbabwe has led to multiple protests against the president and his government. Depending on the source, estimates of Zimbabwe’s unemployment rate range from 4 per cent to 95 per cent, many of the figures not being backed up by reliable data.

Given the precarious state of the economy, unemployment levels however are certainly high.

Economic growth decreased from 3.8 per cent in 2014 to an estimated 1.5 per cent in 2015. Large public expenditures, underperformance of domestic revenues and low export figures have increased the state dept and have had a negative effect on urban development such as housing and transport, as well as social services.

In July, countless Zimbabweans gathered to protest against these issues. Since then, unrest has spread across the whole country.

The Zimbabwean government in return has been accused of blocking social media such as Facebook and WhatsApp to prevent people from gathering to protest.

Zimbabwe, constitutionally a republic, has been under the control of President Mugabe and his Zimbabwe African National Union-Patriotic Front (ZANU-PF) since the country’s independence in 1980. While the latest presidential and parliamentary elections were held without violence, the process remained neither fair nor credible.

According to Human Rights Watch, Mugabe’s government has been accused of routinely violating human rights. Abduction, arrest, torture and harassment, as well as restrictions on civil liberties such as freedom of expression are daily practices, Human Rights Watch says.

Under Mugabe’s regime, hundreds of civil society activists and members of opposition parties have been arrested for holding meetings or participating in peaceful protests. Newspapers viewed as critical of the government are repressed, journalists silenced, and the ‘Access to Information and Protection of Privacy Act’ established, making the practice of journalism without accreditation a criminal offence which can be punished by up to two years in prison.

The Daily News, Zimbabwe’s only independent daily newspaper with a critical view of Mugabe’s government, had to shut down in 2001 after a bomb exploded in its printing plant, and it failed to receive a government licence needed to publish content legally.

Acknowledging the threat social media poses to his government, Mugabe has activated laws that limit the free flow of information and subject private communication to state surveillance.

At the same time, he warns his citizens against abusing social media, threatening that all SIM cards in Zimbabwe are registered in the name of the user, and perpetrators could easily be identified. Any person caught in possession of, generating or passing on what Mugabe calls abusive, threatening or offensive content aimed at creating unrest or inciting violence will be arrested.

Wanting to use social media to his own advantage, Mugabe has called on the youth of his ZANU-PF to promote the ruling party using social media platforms: “Brand Zimbabwe, the image of Zimbabwe, a Zimbabwe that is democratic, hardworking and peaceful.”

The dissemination of regime-critical content through social media, however, appears to be a Pandora’s Box that may prove impossible to close.