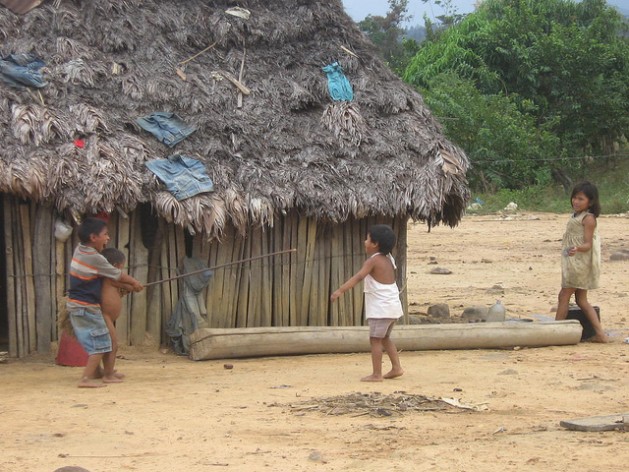 BRUSSELS, Aug 5 2015 (IPS) - A Brussels-based think-tank has warned Venezuela of an impending humanitarian calamity in tandem with growing political instability.

While the accelerating deterioration of the South American country’s political crisis is cause for growing concern, says the International Crisis Group, there is a less widely appreciated side of the dramatic situation: “A sharp fall in real incomes, major shortages of essential foods, medicines and other basic goods and breakdown of the health service are elements of a looming social crisis.”

In a recent briefing, the Crisis Group says: “If not tackled decisively and soon, it will become a humanitarian disaster with a seismic impact on domestic politics and society, and on Venezuela’s neighbours. This situation results from poor policy choices, incompetence and corruption.”

The Group points to another aspect of the impending humanitarian crisis: “Those with ailments such as cancer, HIV-AIDS or cardiovascular disease can go months without medicines they require to survive. Hospitals and even private clinics cannot maintain stocks of medicines and other basic supplies, including spare parts to repair equipment.”

The think-tank headed by Jean-Marie Guéhenno, a former French diplomat, refers to “some economists” who predict a sudden collapse in food consumption and widespread hunger. It adds: “Public health specialists already say that some surveys are showing chronic malnutrition, although the country is not yet on the verge of famine.

The collapse of the health service, however, can have pernicious short-term effects, including uncontrolled spread of communicable diseases and thousands of preventable deaths, warns the Crisis Group.

However, it adds, the severest consequences can be avoided by ending the political deadlock since 2014 between the government and opposition, which in turn would require “strong engagement of foreign governments and multilateral bodies”.

Venezuela is the 12th largest oil producer in the world, with the largest reserves, and a beneficiary of the most sustained oil price boom in history. In view of this, argues the Crisis Group, it should be well placed to ride out the recent collapse of the international price of crude.

It points out that the oil boom, combined in the early years at least with the government’s redistribution policies, brought about a significant decrease in poverty under the administration of the late Hugo Chávez, during 1999-2013.

But well before the 50 per cent fall in prices at the end of 2014, a year in which Gross Domestic Product (GDP) shrank by more than 4 per cent and inflation rose to 62 per cent, the economy was showing signs of strain, says the Crisis Group.