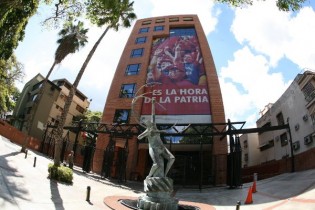 By Caley Pigliucci
Venezuelans in the city of Washington D.C., in the United States, are currently without consular protection as access to their country’s embassy has remained unstable since April.

By Alfred de Zayas
My mission to Venezuela in November/December 2017 was the first by a UN rapporteur in 21 years. It was intended to open the door to the visit of other rapporteurs and to explore ways how to help the Venezuelan people overcome the protracted economic and institutional crisis.

By Humberto Márquez
They sell their houses, cars, motorcycles, household goods, clothes and ornaments - if they have any - even at derisory prices, save up a few dollars, take a bus and, in many cases, for the first time ever travel outside their country: they are the migrants who are fleeing Venezuela by the hundreds of thousands.
Next Page »
ADVERTISEMENT ADVERTISEMENT