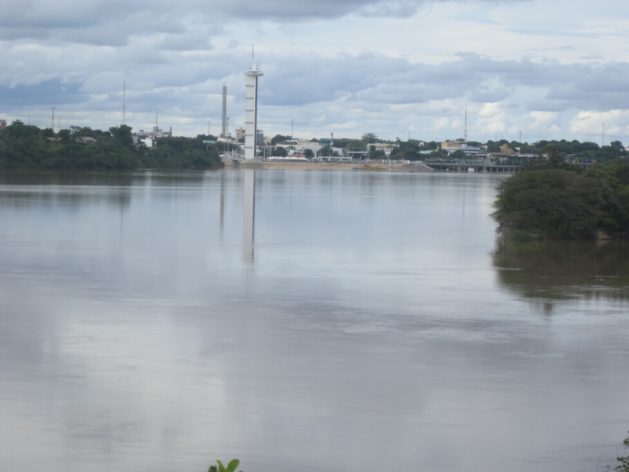 A riverside park in Boa Vista, which would probably disappear with the construction of the Bem Querer hydroelectric plant, 120 kilometers downstream on the Branco River. The projection is that the reservoir would flood part of the capital of the state of Roraima, in the extreme north of Brazil. CREDIT: Mario Osava/IPS

BOA VISTA, Brazil , Dec 21 2022 (IPS) - “Roraima did not have a Caribbean character; now it does, because of its growing relations with Venezuela and Guyana,” said Haroldo Amoras, a professor of economics at the Federal University of this state in the extreme north of Brazil.

The oil that the U.S. company ExxonMobil discovered off the coast of Guyana since 2015 generates wealth that will cross borders and extend to Roraima, already linked to Venezuela by energy and migration issues, predicted the economist, the former secretary of planning in the local government from 2004 to 2014.

Roraima, Brazil’s northernmost state, which forms part of the Amazon rainforest, is unique for sharing a border with these two South American countries on the Caribbean Sea and because 19 percent of its 224,300 square kilometers of territory is covered by grasslands, in contrast to the image of the lush green Amazon jungle.

It is also the only one of Brazil’s 26 states not connected to the national power grid, SIN, which provides electricity shared by almost the entire country. This energy isolation means the power supply has been unstable and has caused uncertainty in the search for solutions in the face of sometimes clashing interests.

From 2001 to 2019 it relied on imported electricity from Venezuela, from the Guri hydroelectric plant, whose decline led to frequent blackouts until the suspension of the contract two years before it was scheduled to end.

The closure of this source of electricity forced the state to accelerate the operation of old and new diesel, natural gas and biomass thermoelectric power plants. It also helped fuel the proliferation of solar power plants and the debate on cleaner and less expensive alternatives. 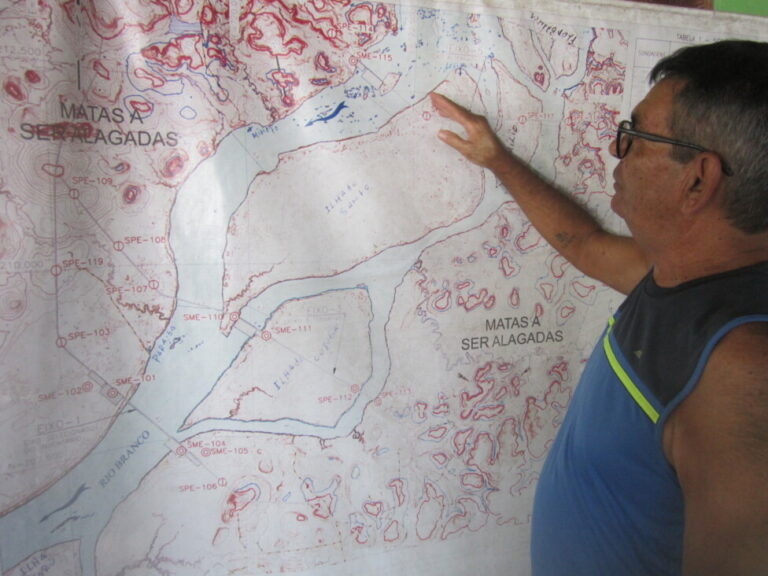 Alfredo Cruz would lose the restaurant and home he inherited from his great-grandfather, who registered the property in 1912. The Bem Querer reservoir would lead to the relocation of many riverside dwellers and would even flood part of the capital of the northern Brazilian state of Roraima, Boa Vista, 120 kilometers upriver. CREDIT: Mario Osava/IPS

In search of energy alternatives

Against this backdrop, the Roraima Renewable Energies Forum emerged, promoted by the non-governmental Socio-environmental Institute (ISA) and the Climate and Society Institute (ICS) and involving members of the business community, engineers from the Federal University of Roraima (UFRR) and individuals, indigenous leaders and other stakeholders.

The objectives range from influencing sectoral policies and stimulating renewable sources in the local market to monitoring government decisions for isolated systems, such as the one in Roraima, as well as proposing measures to reduce the costs and environmental damage of such systems.

“Not everyone (in the Forum) is opposed to the construction of the Bem Querer hydroelectric plant, but there is a consensus that there is a lack of information to evaluate its benefits for society and whether they justify the huge investment in the project,” biologist Ciro Campos, an ISA analyst and one of the Forum’s coordinators, told IPS.

Bem Querer, a power plant with the capacity to generate 650 megawatts, three times the demand of Roraima, is the solution advocated by the central government to guarantee a local power supply while providing the surplus to the rest of the country.

For this reason, the project is presented as inseparable from the transmission line between Manaus, capital of the state of Amazonas with a population of 2.2 million, and Boa Vista, the capital of Roraima, population 437,000. The line involves 721 kilometers of cables that would connect Roraima to the national grid. 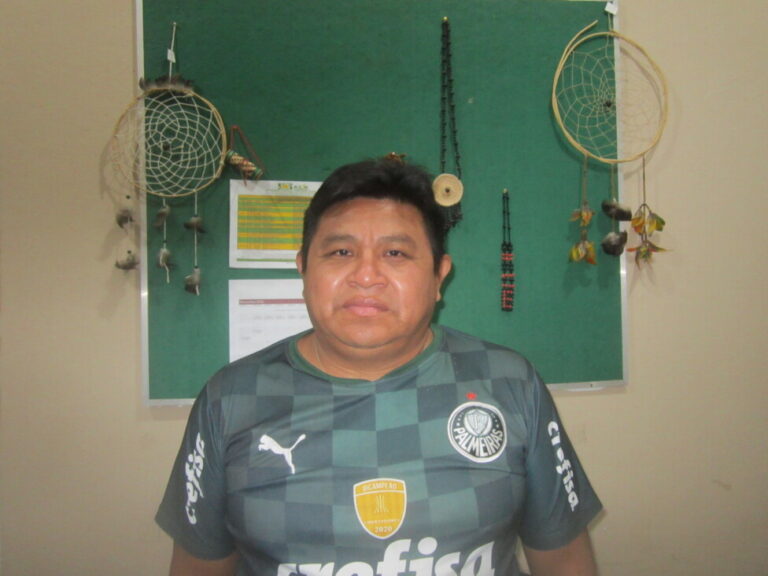 Indigenous people in the northern Brazilian state of Roraima are striving to install solar plants in their villages and are studying how to take advantage of the winds in their territories, which are considered favorable for wind energy. Their aim is to prevent the construction of Bem Querer and other hydroelectric plants that would affect indigenous lands, according to Edinho Macuxi, coordinator of the Indigenous Council of Roraima. CREDIT: Mario Osava/IPS

“In its design, Bem Querer looks towards Manaus, not Roraima,” Campos complained, ruling out a necessary link between the power plant and the transmission line. “We could connect to the SIN, but with a safe and autonomous model, not dependent on the national system” and subject to negative effects for the environment and development, he argued.

The plant would dam the Branco River, the state’s main water source, to form a 519-square-kilometer reservoir, according to the governmental Energy Research Company (EPE). It would even flood part of Boa Vista, some 120 kilometers upstream.

The hydropower plant would both meet the goal of covering the state’s entire demand for electricity and abolish the use of fossil fuels, diesel and natural gas, which account for 79 percent of the energy consumed in the state, according to the distribution company, Roraima Energia.

But it would have severe environmental and social impacts. “It would make the riparian forests disappear,” which are almost unique in the extensive savannah area, locally called “lavrado,” of grasses and sparse trees, said Reinaldo Imbrozio, a forestry engineer with the National Institute of Amazonian Research (Inpa). 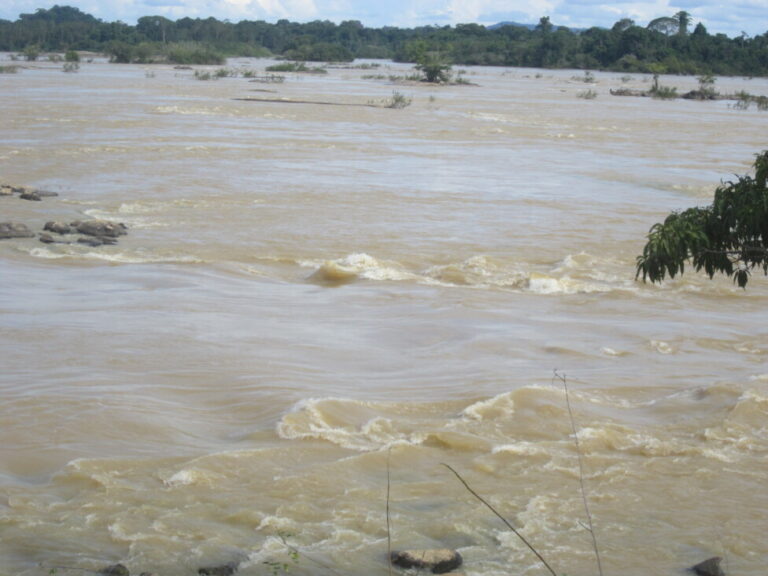 A view of the Branco River, five kilometers above where its waters would be dammed if the controversial Bem Querer hydroelectric plant is built, which would generate enough electricity to meet the entire demand of the Brazilian state of Roraima as well as a surplus for export, but would have environmental and social impacts magnified by the flatness of the basin that requires a very large reservoir. CREDIT: Mario Osava/IPS

In addition to the flooding of parts of Boa Vista, the flooding of the Branco and Cauamé rivers, which surround the city, will directly affect nine indigenous territories and will have an indirect impact on others, complained Edinho Macuxi, general coordinator of the Indigenous Council of Roraima (CIR), which represents 465 communities of 10 native peoples.

The CIR, together with ISA and the ICS, built two solar energy projects in the villages and carried out studies on the wind potential, already recognized in the indigenous territories of northern Roraima.

“The main objective of our initiatives is to prove to the central government that we don’t need Bem Querer or other hydroelectric projects…that represent less land and more confusion, more energy and less food for us,” he stressed to IPS at CIR headquarters.

“We will have to leave, said the engineers who were here for the studies of the river,” said Alfredo Cruz, owner of a restaurant on the banks of the Branco River, about five kilometers upstream from the site chosen for the dam. At that spot visitors can swim in the dry season, when the water level in the river is low. 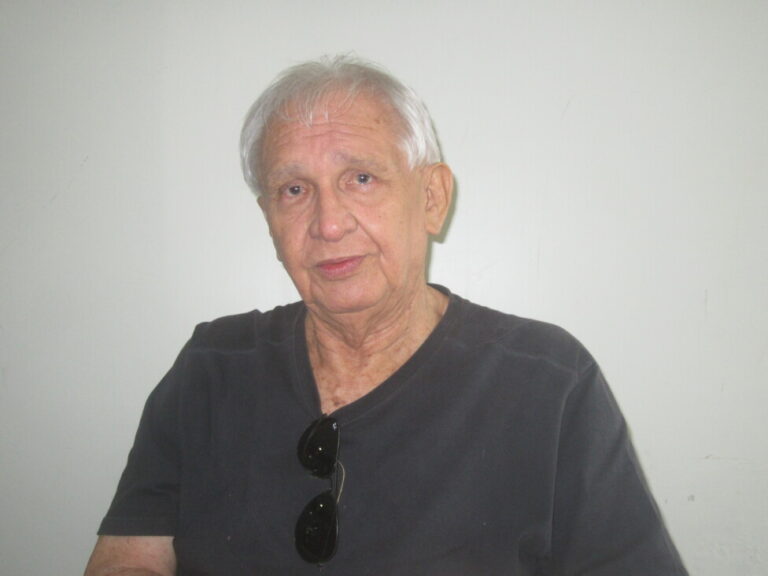 Economics Professor Haroldo Amoras says the state of Roraima is becoming more Caribbean, because its economy is increasingly linked to its neighboring countries to the north of Brazil, Guyana and Venezuela, which, in addition to being importers, are the route to the Caribbean for Roraima’s agricultural and agro-industrial products. CREDIT: Mario Osava/IPS

The rapids there show the slight slope of the rocky riverbed. It is a flat river, without waterfalls, which means a larger reservoir. The heavy flow would be used to generate electricity in a run-of-river power plant.

Cruz inherited his restaurant and house from his great-grandfather. The title to the land dates back to 1912, he said. But they will be left under water if the hydroelectric plant is built, even though they are now located several meters above the normal level of the river, he lamented.

Riverside dwellers, fishermen and indigenous people will suffer the effects, Imbozio told IPS. The property of large landowners and people who own mansions will also be flooded, but they have been guaranteed good compensation, he added.

What the Forum’s Campos proposes is the promotion of renewable sources, without giving up diesel and natural gas thermoelectric plants for the time being, but reducing their share in the mix in the long term, and ruling out the Bem Querer dam, which he said is too costly and harmful.

Energy issues will influence the future of Roraima, according to Professor Amoras. The most environmentally viable hydroelectric plants, such as one suggested on the Cotingo River, in the northeast of the state, with a high water fall, including a canyon, are banned because they are located in indigenous territory, he said. 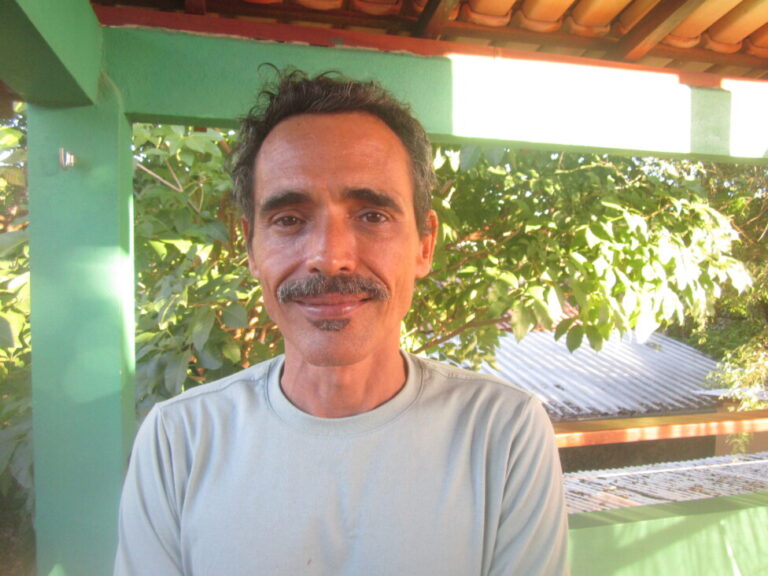 The participation of civil society is important for the Brazilian state of Roraima to make progress towards sustainable energy alternatives that can reduce diesel consumption, offer energy security and avoid the impacts of hydroelectric dams, according to Ciro Campos, an analyst with the non-governmental Socio-environmental Institute. CREDIT: Mario Osava/IPS

Oil wealth, route to the Caribbean

In the neighboring countries, oil wealth opens a market for Brazilian exports and, through their ports, access to the Caribbean. The Guyanese economy will grow 48 percent this year, according to the World Bank.

Roraima’s exports have grown significantly in recent years, although they reached just a few tens of millions of dollars last year.

Guyana’s small population of 790,000, the unpaved road connecting it to Roraima and the fact that the language there is English make doing business with Guyana difficult, but relations are expanding thanks to oil money.

This will pave the way to the Caribbean Community (CARICOM), whose scale does not attract transnational corporations, but will interest Roraima companies, said Fabio Martinez, deputy secretary of planning in the Roraima state government.

Venezuela expanded its imports from Roraima, of local products or from other parts of Brazil, because U.S. embargoes restricted trade via ports and thus favored sales across the land border, he said.

“The liberalization of trade with the United States and Colombia will now affect our exports, but a recovery of the Venezuelan economy and the rise of oil can compensate for the losses,” Martinez said.

Roraima is a new agricultural frontier in Brazil and its soybean production is growing rapidly. But “we want to export products with added value, to develop agribusiness,” said Martinez.

That will require more energy, which in Roraima is subsidized, costing consumers in the rest of Brazil two billion reais (380 million dollars) a year. If the state is connected to the national grid through the transmission line from Manaus, there will be “more availability, but electricity will become more expensive in Roraima,” he warned.