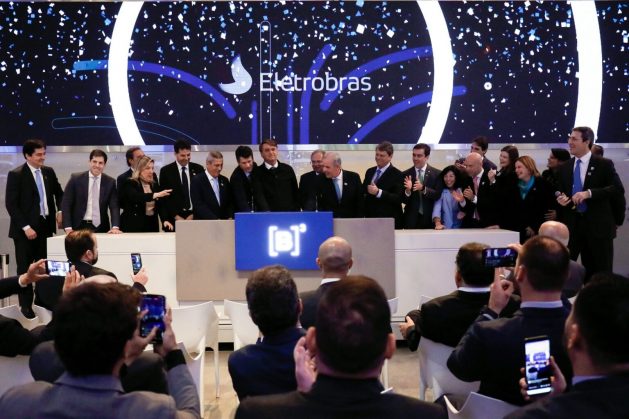 President Jair Bolsonaro launched the sale of shares of Eletrobras, the largest company in the electricity sector in Brazil, which will be privatized through its capitalization. The State will remain as a minority partner, in a privatization process approved by Congress, conditional on the construction of gas thermoelectric power plants in the interior of the country, far from gas fields and pipelines. CREDIT: Alan Santos/PR-Public Photos

RIO DE JANEIRO, Jun 21 2022 (IPS) - Brazil has abundant low-cost energy, but by the time it reaches the consumer it is one of the most expensive in the world. This contradiction hinders the country’s human and economic development and the “solutions” found have actually aggravated the problem.

The rise of hydrocarbon prices on the international market, intensified by Russia’s invasion of Ukraine, unleashed a battle by the government to curb energy prices, as the rising costs hurt the administration’s hopes for reelection in the October elections. Lower taxes were the chosen formula.

“It is positive, it mitigates the problem, but it does not improve energy efficiency,” said Paulo Pedrosa, president of the Association of Large Industrial Energy Consumers and Free Consumers (ABRACE), whose members are responsible for the consumption of 40 percent of the electricity and 42 percent of the natural gas used in Brazil.

Now that the debate on the subject has been sparked, the opportunity should be used to bring about structural changes, aimed at “removing from energy the costs of public policies, of many extra costs that should not be in the electricity bill,” he argued.

Energy is expensive in Brazil due to numerous subsidies, charges, taxes and various contributions that drive up prices, especially the cost of electricity. They account for half of the total cost paid by the consumer, according to ABRACE.

This is what puts the cost of energy in Brazil among the two or three most expensive in the world, along with Germany and Colombia, according to the International Energy Agency, even though the country is an oil exporter and 60 percent of its electricity comes from an abundant, cheap source: water. 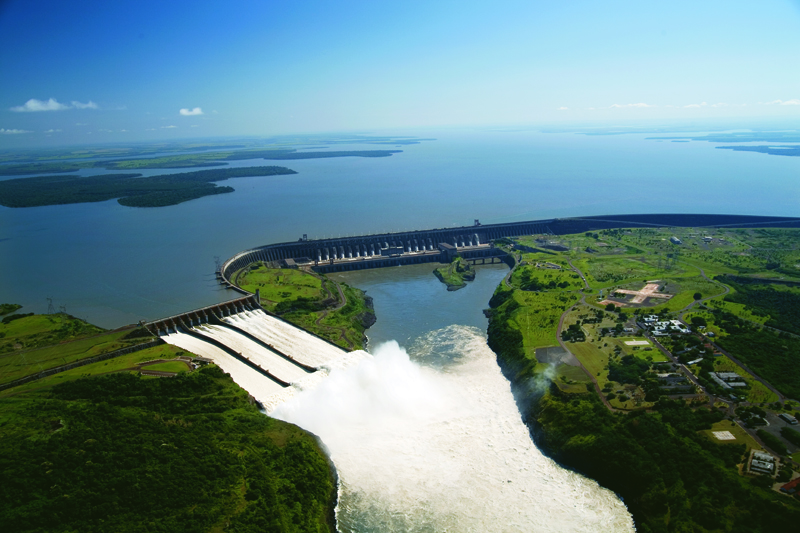 The Itaipu binational hydroelectric power plant, shared with Paraguay, was the last large, low-cost plant to be located close to major consumer markets. Inaugurated in 1984 on the Paraná River, on the border with Paraguay and close to Argentina, its installed capacity is 14,000 megawatts. Brazil’s hydroelectric potential since then has been limited to rivers in the Amazon rainforest, with more expensive construction costs and the need for long transmission lines to large consumers. CREDIT: Itaipu Binacional

This paradox reduces the competitiveness of the national economy, especially in energy-intensive industries, and hinders growth and human development, said Pedrosa.

As a result, the deindustrialization that Brazil has been suffering for at least three decades has accelerated.

The situation “has worsened in the last 10 years, when decision-making has been captured by particular interests in the industry’s chain, politicians and local economies,” he said in a telephone interview with IPS from Brasilia.

The Court of Accounts, responsible for public expenditure oversight, identified 16 types of subsidies included in the monthly bill that electricity distributors pass on to consumers.

All consumers are charged for the cost of fossil fuels to generate electricity in remote areas of the Amazon, for the losses suffered by distribution companies due to the COVID-19 pandemic, and even for subsidies to give polluting coal-fired power plants a longer lifespan, until 2040.

“Irrigated agriculture receives the subsidy, it does not pay for part of its consumption under the pretext of producing food. But what is the point of subsidizing the production of soy, most of which is destined for export?” asked Roberto Kishinami, head of energy questions at the non-governmental Climate and Society Institute. 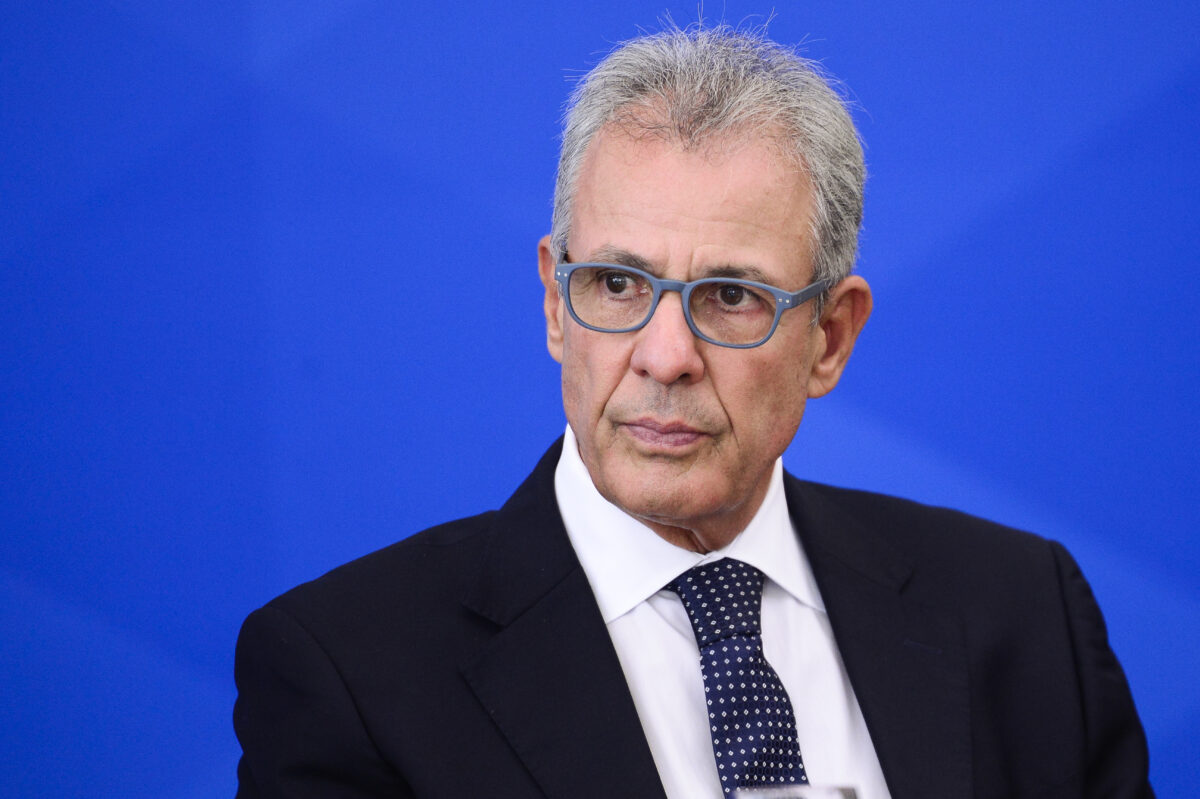 Navy Admiral Bento Albuquerque was removed from his post as minister of mines and energy by President Jair Bolsonaro on May 11, 2022 for failing to impose fuel price containment on state-owned Petrobras. Bolsonaro is trying to prevent the oil hike from affecting his popularity and his slim chances of reelection in October. CREDIT: Marcelo Camargo/Agência Brasil

Some subsidies could be justified because of their social purpose, but it shouldn’t be energy that should be taxed, but the national budget, he argued. “An income transfer program like the Bolsa Familia would be better,” he said.

Kishinami was referring to the program that since 2004 provides a subsidy of about 80 dollars a month to poor families, which was renamed Auxilio Brasil by the administration of far-right President Jair Bolsonaro.

“Lowering the price of energy is also a social policy,” said Pedrosa. “Brazil has a vocation to produce cheap and clean energy, something that the world values more and more every day, and wasting this advantage harms everyone, not only industry,” he argued.

On Jun. 14, ABRACE released a study on “The impacts of electricity and natural gas prices on growth and economic development”, commissioned from the economic consultancy Ex Ante.

If a “competitive price” for electricity were achieved, with a reduction of 23 to 34 percent for industries that vary in terms of energy consumption, Brazil could raise its annual economic growth from the expected 1.7 to 4.8 percent on average over the next 10 years, and generate 6.74 million additional jobs, according to the study.

The country could thus move up 10 positions in the United Nations Development Program (UNDP) Human Development Index ranking, from 84th place in 2019 to just under Mexico, which ranked 74th.

The study is aimed at broadening and guiding the energy debate, which is in the interest of the whole country, not just the industry and politicians, Pedrosa said.

In this South American country of 214 million people, energy represents 17.1 percent of the total cost of living for families, and an even higher proportion among the poor. This includes direct spending on electricity, gas and other fuel.

It also takes into account the cost of energy embedded in the goods and services consumed by the family, or indirect energy consumption. Bread, for example, contains 27.2 percent of energy in its final price, milk and meat 33.3 percent and school notebooks 35.9 percent.

In a family’s basic food basket, the study estimated the share of energy in the total cost at 23 percent.

In other words, rising energy prices cost everyone different amounts, depending on their consumption of goods and services. This is also the case for companies. The construction industry spends 14 times more on energy included in supplies and machinery than in the plant where it operates.

The timing is opportune for the debate on energy prices and their social and economic effects, because Brazil will elect its president, state governors and national and state legislators in October.

Another reason is that the rise in oil and gas prices provoked a strong reaction from the government and pro-government parliamentary leaders. Bolsonaro has tried to blame the state-owned Petrobras oil giant for increasing its prices according to international prices, a rule adopted by the company with the endorsement of the government, its majority partner, since 2017. 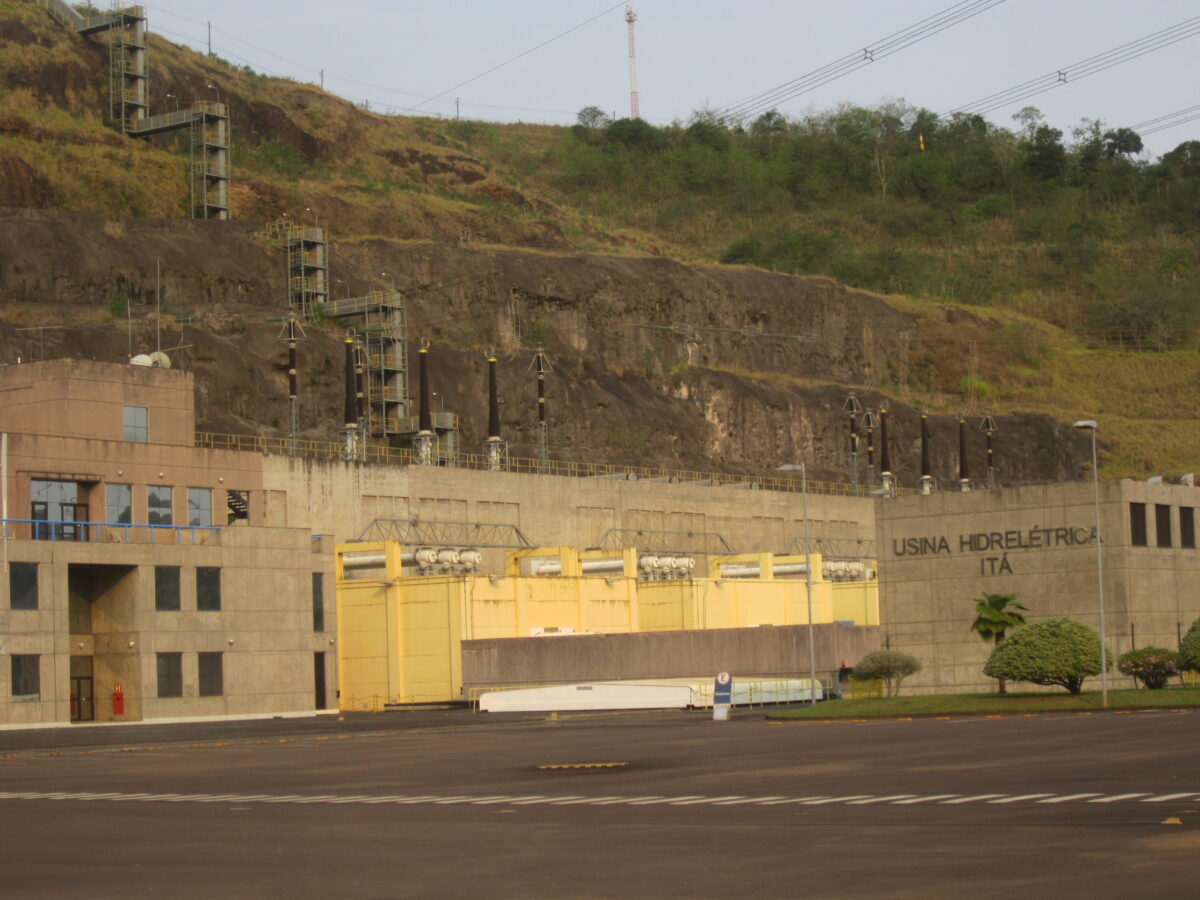 The Itá Hydroelectric Power Plant, on the Uruguay River in southern Brazil, is also one of the last low-cost plants due to its proximity to the consumer market. It is a concrete face rock-fill embankment dam, a low operational cost structure, with the reservoir at the top of the mountain, which was favored by the topography. CREDIT: Mario Osava/IPS

This tax varied greatly among the 26 Brazilian states and the Federal District, from 25 to 34 percent, for example, on gasoline, and from 12 to 25 percent on diesel, the most important fuel for the transportation of cargo.

The same legislators who are now seeking to curb energy prices, with the risk of generating serious fiscal problems for the states, with ineffective measures, according to analysts, passed several laws in recent years that incorporate undue costs in energy.

The privatization of Eletrobrás, the largest company in the sector in Brazil, was approved conditional upon the construction of natural gas thermoelectric power plants that would produce a total of eight gigawatts of power. The costs will be high because areas were chosen far from the natural gas fields and without gas pipelines for the plants.

Pedrosa and Kishinami believe the measures were taken with the elections in mind and do not correct the tangle of errors and expenses accumulated in Brazil’s energy system. Both are betting on Bill 414, already approved in the Senate and pending in the Chamber of Deputies, which would reform the sector.

It will be the first step in separating infrastructure from electricity sales and establishing a system of competition, with the supply of different types of energy from a variety of sources, renewable or not, Kishinami told IPS in Rio de Janeiro.