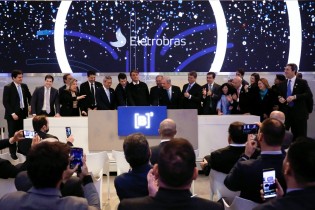 By Veronica Firme
Uruguay is just weeks away from finding out if it will have a chance to stop being totally reliant on oil imports at some point in the future, when the first offshore exploration well in national waters – which set a new world record in terms of water depth - is completed.

By Bryant Harris
As the international community and the U.S. government place a heightened emphasis on reducing carbon emissions as a way to combat global climate change, shareholders have convinced the oil-and gas giant ExxonMobil to publicly disclose the risk that strengthened regulation could pose to its profits.
Next Page »
ADVERTISEMENT ADVERTISEMENT