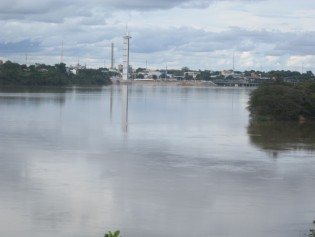 By Desmond Brown
Recent huge offshore oil discoveries are believed to have set Guyana– one of the poorest countries in South America–on a path to riches. But they have also highlighted the country’s development challenges and the potential impact of an oil boom.

By Jewel Fraser
Guyana is forging ahead with plans to exploit vast offshore reserves of oil and gas, even while speaking eloquently of its leadership in transitioning to a green economy at a recent political party congress addressed by the country's president.

Agriculture has always played an important role in the socioeconomic development of Guyana, one of just two Caribbean Community (CARICOM) member states that straddle South America.

By Desmond Brown
Theola Fortune can recall how residents of Victoria would ridicule her and others every time they went into the east coast village to warn residents about the importance of mangroves and the need to protect them.

By Desmond Brown
The Caribbean has the unenviable reputation as one of the most disaster-prone regions in the world, a situation exacerbated by climate change and vulnerability that experts warn could have significant economic consequences if unaddressed.
Next Page »
ADVERTISEMENT ADVERTISEMENT