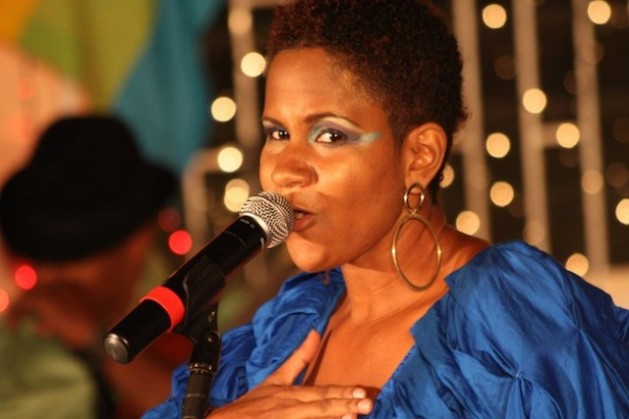 Ruth Osman, a 35-year-old Guyanese migrant living in Trinidad and Tobago, is one of thousands of women to have taken advantage of CARICOM’s migration scheme for skilled workers. Courtesy of Ruth Osman

PORT OF SPAIN, Sep 25 2014 (IPS) - Ruth Osman is attractive and well-groomed in tailored slacks and a patterned blouse, topped by a soft jacket worn open. Her demeanour and polished accent belie the stereotypical view that most Caribbean nationals have of Guyanese migrants.

As a Guyanese migrant living in Trinidad, the 35-year-old is one of thousands of Guyanese to have taken the plunge over the past decade, since the free movement clause of the CARICOM Single Market and Economy (CSME) regime granted skilled persons the right to move and work freely throughout the region.

According to a recent report, Trinidad and Tobago hosts 35.4 percent of migrants in the region. The United Nations’ ‘Trends in International Migrant Stock: The 2013 Revision’ states that Latin America and the Caribbean host a total migrant stock of 8.5 million people.

“Although, historically it is persons at the lower end of the socioeconomic scale in Caribbean society that have been the main movers, the CSME has to date facilitated the movement of those at the upper end, the educated elite in the region.” -- CARICOM Secretariat Report, 2010
Women make up 51.6 percent of migrants in the Caribbean, according to the Organisation for Economic Cooperation and Development (OECD)’s 2013 figures.

For many Guyanese, the decision to move on the strength of promises made by Caribbean Community (CARICOM) governments to facilitate free movement of skilled labour within the region has met with mixed degrees of success and, in some cases, outright harassment and even threats of deportation from the Caribbean countries to which they have migrated.

A 2013 report by the ACP Observatory on Migration states, “Guyanese migrants in Trinidad and Tobago faced unfavourable opinions in the social psyche and this could translate into tacit and other forms of discrimination.”

The report, prepared by the regional consulting firm Kairi Consultants, goes on to state that migrants from Guyana were “assumed to be menial labourers or undocumented workers.”

Guyana is one of the poorest countries in the CARICOM region, with a gross domestic product (GDP) per capita of 6,053 dollars in 2011. This stands in contrast to Trinidad and Tobago’s per-capita GDP of 29,000 dollars, according to the 2010-2011 U.N. Human Development Report (HDR).

But Osman’s background is not one of destitution. She applied for a CARICOM skills certificate in 2005, having completed a postgraduate diploma in Arts and Cultural Enterprise Management (ACEM) at the St. Augustine campus of the University of the West Indies (UWI) in Trinidad.

“I considered myself an artist, which is why I came to study here [for the ACEM] and I thought it a great stepping stone in my realising that dream of being a singer, songwriter, performer […]. Trinidad seems to be, in relation to where I came from, a more fertile ground for [what] I wanted to do,” she said.

Still, she misses the support network that her parents’ substantial contacts would have provided her in Guyana, and she acknowledges that her standard of living is also probably lower than it would have been if she were back home. But, she said, the move was necessary.

Osman’s story is in line with the findings of a 2010 CARICOM Secretariat report to “assess the impact of free movement of persons and other forms of migration on member states”, which found: “Although, historically it is persons at the lower end of the socioeconomic scale in Caribbean society that have been the main movers, the CSME has to date facilitated the movement of those at the upper end, the educated elite in the region.”

Limited educational opportunities also explain the wave of migration out of Guyana, a finding borne out by the experience of Miranda La Rose, a senior reporter with one of Trinidad and Tobago’s leading newspapers, ‘Newsday’, who holds a Bachelor’s degree in political science.

“I came here with the intention of working to help fund [my daughter’s] studies,” La Rose told IPS. “I was working for a fairly good salary in Guyana. My objective [in moving to Trinidad] was to improve my children’s education.”

She said the move to Trinidad was painless, since she was granted her CARICOM skills certificate within three weeks of applying, and she has amassed a circle of friends in Trinidad that compensates for the family she left behind in Guyana.

But not all stories of migration are happy ones. Some, like Alisa Collymore, represent the pains experienced by those with limited skills and qualifications.

Collymore, who now works as a nursing assistant with a family in Trinidad, applied for a CARICOM skills certificate under the entertainer category, because she had experience in songwriting and performing in Guyana.

However, she holds no tertiary qualifications in the field and only completed her secondary school education after she became an adult.

The Trinidadian authorities declined to grant her the CARICOM skills certificate and she has to apply for a renewal of her work permit every six months.

She said, “The treatment you get [is not what you] expected […] and the hand of brotherhood is not really extended. You feel like you are an outsider.”

Nevertheless, she said, the move has brought economic benefits. As a single, divorced, mother of three, she had struggled financially in Guyana. Since moving to Trinidad, her financial situation has improved, she said.

Though some studies have found negative impacts of the free skills movement on source countries, many are finding in the CARICOM scheme a chance to start a new – and often better – life.