PORT OF SPAIN, Trinidad, Jul 8 2013 (IPS) - The Dominican Republic first expressed interest in joining the 15-member Caribbean integration grouping CARICOM in 1989. Now, 14 years later, the Spanish-speaking country with a population of nearly 10 million may finally get its wish. 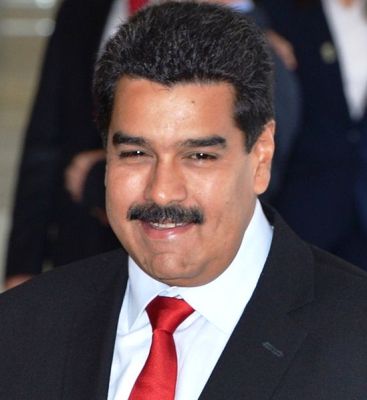 In the words of President Danilo Medina, “We have come with open arms, promising to work hard to make the region a better place.”

Medina made his pitch to Caribbean Community leaders who met here over the past four days for their annual summit. He praised the “visionary leaders” from Barbados, Trinidad and Tobago, Guyana and Jamaica, who 40 years ago signed the Treaty of Chaguaramas that paved the way for the establishment of the regional integration movement.

“They built the foundation on sound principles which has allowed 15 full members and five associate members. We must have the political will and, therefore, we have decided to have open-arm dialogue to gain entry to CARICOM,” Medina said.

The new CARICOM chair and prime minister of Trinidad and Tobago, Kamla Persad Bissessar, said Caribbean leaders had some reservations related to immigration, as well market size in the context of the CARICOM Single Market and Economy (CSME) that allows for the free movement of goods, skills, labour and services across the region.

“I believe in principle that the heads [of state] were not adverse to the Dominican Republic joining. However, there remain issues some heads wanted clarification on and that matter has now been put forward to the inter-sessional [to be held in February] for a more targeted discussion,” she told IPS.

CARICOM leaders are concerned that with a population of 9.5 million, the Dominican Republic’s entry could adversely impact the economies of some of the smaller member countries, she added.

Medina was not the only visitor to the four-day summit here.

Newly elected Venezuelan President Nicolás Maduro may not have the charisma so strongly associated with his predecessor, the late Hugo Chavez, but he too came to the summit promising “goodies” for regional leaders in a bid to solidify the relationships that Chavez himself would have enhanced.

Guyanese President Donald Ramotar told IPS that during his closed-door half-hour meeting, Maduro made a presentation “offering some very concrete areas in which we could cooperate and Venezuela is ready to work with CARICOM…including on the vexing issue of transport.”

Ramotar said he would describe the talks as “a re-affirmation of the Chavez policy”, adding “that he [Maduro] is continuing that strong solidarity trust President Chavez had made in the past.”

Prime Minister Persad Bissessar said Maduro proposed the re-activation of the Joint CARICOM-Venezuela Commission “based on the long-standing trade and investment agreement which could lead to increased trade, investment and economic and other activities.

“In this regard, several proposals were put forward touching on security, air and sea transportation, energy, a social and cultural plan and developing ties between CARICOM and Mercosur,” the Common Market of the South which was founded in 1991 by Argentina, Brazil, Paraguay and Uruguay, she said.

Ramotar said there was a general consensus that Caracas needed to work with the region given its close proximity.

“I think working together would help us to pool our resources,” he said, telling IPS that regional leaders had welcomed the support for transportation given that Caracas has its own airline and cheaper fuel.

“Those are, of course, things that have not yet been thrashed out, but these are areas I can see where we have great possibility,” Ramotar said, adding that security was also another area for cooperation because “the fight against drugs affects all of us and drugs pass through the region.”

The CARICOM summit here was expected to focus on air and sea transportation, as a bedrock component of the integration movement.

“Transportation is key to the integration process and we have to make sure we get it right this time. If the whole question of integration is going to make any sense we need to address this issue frontally,” Antigua and Barbuda Prime Minister Baldwin Spencer told IPS.

His counterpart from Grenada, Dr. Keith Mitchell, making a return to regional politics after a five-year absence, told IPS, “The fact is that while we are trying to advance the CARICOM Single Market and Economy, we still do not have transportation to effect those changes.”

The CARICOM chair said the leaders had agreed to the re-introduction of the single domestic space (SDS), which expedites regional travel for citizens from member nations. They have also given their full support to a proposal by Haiti to convene a high-level meeting on persons with disabilities and special needs, and on the issue of genocide and slavery reparations.

“We have in my view a very strong case,” said St. Vincent and the Grenadines Prime Minister Dr. Ralph Gonsalves, who has been pushing for reparations from Europe for the slave trade.