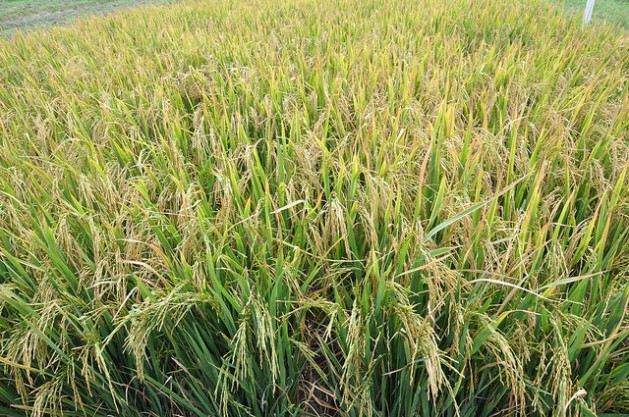 The rice industry is the second most important agricultural sector in Guyana, second only to sugar in foreign exchange earnings. An Indian think tank is helping the country to reduce energy costs in its sugar and rice sectors. Credit: Desmond Brown/IPS

GEORGETOWN, Guyana, Apr 1 2014 (IPS) - Guyana is shaping up to set a gold standard for the Caribbean in implementing a national energy efficiency strategy to curb greenhouse gas emissions from fossil fuels.

“Energy efficiency is the main method of fighting climate change and its impact [is global] since unclean energy is the main contributor,” the associate director of the Energy Resource Institute (TERI) of India, Dr. Rudra Narsimha Rao, told IPS.

“The political leadership here has shown vision and a commitment to the communities to make sure that they know what was going on." -- Jan Hartke

“While inefficiencies in the energy sector are a global challenge, Guyana’s efforts can better position it to battle the devastating impacts of climate change,” added Rao, whose group is helping the country to reduce energy costs in its sugar and rice sectors.

TERI is collaborating with the government under the framework of its Low Carbon Development Strategy (LCDS) to carry out an energy audit of the industrial agricultural sector. Findings and recommendations were handed over to key stakeholders on Mar. 24.

According to the World Bank, energy efficiency measures can reduce carbon emissions in some cases by as much as 65 percent.

Inter-American Development Bank (IDB) researchers estimate that the region could reduce its energy consumption by 10 percent over the next decade and save tens of billions of dollars by adopting existing technologies to increase efficiency.

IDB-financed projects have proven that the return on investment for efficient lighting and electric motor programmes, for example, is higher than building new energy capacity.

Now, the Bank is helping specific sectors – such as biofuels and water utilities – to reduce operating costs through investments in more efficient technology. It is financing programmes that will boost the electricity output and prolong the life of existing hydroelectric complexes by upgrading their turbines.

And it is underwriting programmes to reduce electricity transmission losses and build smarter power grids within countries and across borders.

Rao warned that ignoring the potential of energy efficiency will result in greater risks, in particular for developing countries.

Over the past few months, TERI has been spearheading a two-phase project which gives technical support to the government in the areas of climate change and energy. This second phase of the project was aimed at improving the output of the rice, sugar and manufacturing sectors.

Agencies which participated in the project include the Guyana Sugar Corporation (GuySuCo), the Guyana Rice Development Board (GRDB), the Guyana Forestry Commission (GFC) and the Guyana Manufacturing and Services Association (GMSA). 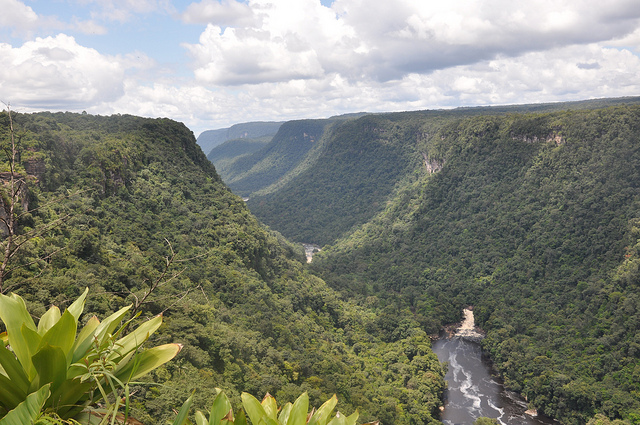 Rao said that the studies were conducted with rice mills, sugar estates, sawmills and manufacturing agencies to promote energy management and conservation and increase outputs.

The head of the Office of Climate Change, Shyam Nokta, said energy efficiency should also be seen as a lifestyle and behavioural approach, a concept that is advanced under Guyana’s LCDS.

The LCDS, a brainchild of former President Bharrat Jagdeo, sets out a vision to forge a new low carbon economy in Guyana over the coming decade. It has received critical acclaim globally.

He appealed to Caribbean nations to “consider climate-smart agriculture” if they want to sustain economic and social prosperity.

Guyana is also benefitting from expert advice about all renewable energy possibilities through a pact with the Clinton Foundation’s Climate Initiative.

The agreement includes a team of experts “to package programmes for renewable energy that have a commercial capability to attract major financing,” said Jan Hartke, global director of the Clinton Climate Initiative Clean Energy Project.

“We’re advisors, we recommend, we don’t make any decisions. The sovereign nation makes all of those decisions,” he stressed.

Hartke, who has travelled to Guyana on numerous occasions, said he is fully au-fait with the government’s renewable energy vision and the many interventions made through the LCDS.

Among them is a solar energy programme in the hinterland that has equipped about 15,000 households with photovoltaic systems that accumulate about two megawatts of power.

The Clinton Foundation had been a key supporter in the preliminary work on Guyana’s LCDS. The strategy seeks to strike a balance between sustained management of the country’s vast forests and unhindered economic development.

The Amaila Falls Hydropower Project (AFHP) is a key component of the strategy that is projected to account for 90 percent of the country’s energy generation and reduce the need for fossil fuel consumption.

“Now that we have developed to such a stage… I think that we can benefit in cutting down that cost and using clean energy with what is now demanded of the world today, with all the problems of climate change and other issues,” Ramotar added.