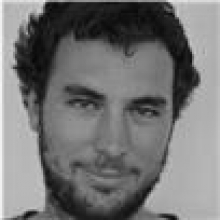 Yet as the United Nations announce goals to be achieved by 2030, a crucial but secret trade meeting is taking place to advance the Trans Pacific Partnership, which will set the economic rules for 40 percent of the world economy, and threatens to undermine the U.N. goals before they have even begun.

The Sustainable Development Goals, or SDGs, are made up of 17 general goals with 169 targets, including an end to extreme poverty and hunger, providing universal access to clean water and protecting the world’s oceans. The initiative is supported by 193 countries, the United Nations, the World Bank and countless non-profits, and establishes the international development agenda for the next 15 years.

The SDGs replace the 2000-2015 Millennium Development Goals, which aimed to half extreme poverty globally. The SDGs set similarly broad targets, with little policy prescription about how to get there. While this makes a consensus easier to reach, it fails to address some of the key drivers of poverty and climate change – corporate power, the fossil fuel industry and unjust trade agreements.

The Trans Pacific Partnership (TPP) trade deal being negotiated in Atlanta September 26-30 by 12 countries in the Pacific will undermine a number of key SDGs, highlighting a distinct lack of policy coherence.

No right to regulate for sustainability

The TPP would drive a race to the bottom in environmental protection. The TPP chapters on technical barriers to trade will threaten regulators’ access to the tools needed to effectively regulate the roughly 85,000 chemicals in commerce needed to protect human health and our environment.

Even very simple consumer sustainability measures like efficiency rating and food labelling on imported goods could be impossible under TPP, because labelling regulation can be deemed a “barrier to trade”.

No right to health under TPP

The third Sustainable Development Goal aims to “Ensure healthy lives and promote well-being for all at all ages”, with a focus on achieving universal health coverage, access to affordable medicines and vaccines for all. Yet new Intellectual Property rules included in the TPP would restrict access to life-saving medicines for millions of people.

U.S. Trade Representatives, lobbied by multinational companies, have sought to impose a lengthy 12-year “exclusivity period” over biologic clinical data, which could greatly undermine global efforts to end major epidemics like AIDS. The shorter the period of exclusivity, the quicker cheaper generic drugs can reach the people in need.

The New Zealand Prime Minister John Key admitted that the TPP would increase the price of medicine. For every extra year added to a medical patent is another year that big pharmaceutical companies can continue to charge artificially high prices for the drug, free from generic competition. In many developing countries this means a choice between life and death for their citizens. If similar rules were introduced globally it would be impossible for countries to achieve the third SDG goal.

The 11th Sustainable Development Goal calls for “urgent action to combat climate change and its impacts.” Yet the Investor State Dispute Settlement mechanism (ISDS) included in the TPP – and other trade agreements – grants foreign investors access to a secret tribunal if they believe actions taken by a government will affect their future profits.

This provision is a ticking time-bomb for climate policy, because almost any government policies needed to address global warming could be challenged by such undemocratic tribunals.

In 2009 Vattenfall, the Swedish energy giant, launched a USD1.9 billion ISDS case against Germany for its decision to delay a coal fired power station and impose stricter environmental standards. To avoid the potentially massive fine looming under ISDS, the government reached a settlement that involved removing additional environmental requirements, enabling the coal plant to begin operating in 2014. Coal contains more carbon than other fossil fuels and is the single greatest threat to the climate.

At a time when the world pledges to the Sustainable Development Goals, calling for a transition to clean energy, the TPP’s energy chapter does the opposite: it aims at liberalising oil and gas exports, and increasing the trade in dirty fossil fuels.

If world leaders are serious about creating a sustainable future, they need to allow a new trade system that helps, not hinders, local economies, environmental standards, better social protection and clean energy.
If the word ‘Sustainable’ is not there just to boost public relations appeal, it requires meaningful action. One concrete way to make our future more sustainable would be to walk away from bad trade deals like the TPP and ensure a fairer trade system.