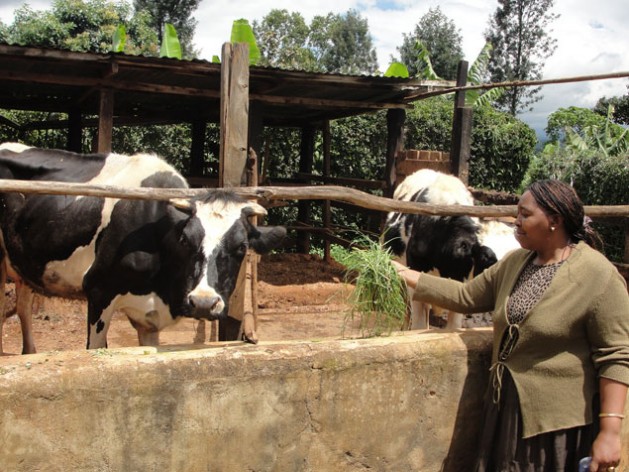 Critics say in the absence of a significant body of science to back the premise that methane emissions from livestock in Africa is becoming a major contributor to climate change, the continent should ignore calls to reduce methane emissions.

Statistics by the Food and Agriculture Organization (FAO) show that livestock methane emissions account for an estimated 14.5 per cent of the global greenhouse gas emissions.

According to Ndambi, a livestock scientist at the International Livestock Research Institute (ILRI) in Nairobi, Kenya, “We cannot run away from the fact that the methane emissions per unit of output in developing countries-particularly Africa and Asia- are significantly high in comparison to the same animals in industrial countries due to the low productivity of animals in Africa and Asia.”

Ndambi was speaking during the annual media briefing on climate change for Global South journalists held in New Delhi, India on the 5th and 6th November this year by the Center for Science and Environment. Methane emissions if ignored will present a major challenge in the future, he told IPS.

According to FAO, livestock contributes both directly and indirectly to climate change through the emissions of greenhouse gases such as carbon dioxide, methane and nitrous oxide.

Emmanuel Oladipo Professor of climatology, Climate Change Network in Lagos, Nigeria told IPS that, “though there is need for more research into livestock methane emissions, we cannot ignore what preliminary studies are showing, methane is a potent gas.”

According to Prof. Oladipo, methane has global warming potential of 23 times more significant impact in warming the earth compared to carbon dioxide.

Studies such as the Intergovernmental Panel on Climate Change (IPCC) Fifth Assessment Report released in 2014 show that temperatures on the African continent, particularly in the more arid regions, where a vast majority of the population is pastoralist, are likely to rise more quickly than in other land areas.

As arid and semi-arid rangelands face warmer days, with frequent heat waves as predicted by the IPCC report, experts say that with the right interventions, the current generation has an opportunity to experience the phasing out of methane as a potent greenhouse gas.

According to IPCC, between 65 per cent and 80 per cent of carbon dioxide – which is the most significant man made greenhouse gas – released into the air dissolves into the ocean over a period of about 20-200 years.

Nitrous oxide, another greenhouse gas is removed from the atmosphere through a process that could take up to 114 years.

Methane is consequently considered a short lived climate pollutant since it takes 12 to 14 years for it to be completely removed from the atmosphere but is much more potent as a heat-trapping gas, with experts saying that as the temperatures rise, continued increase of methane emissions will outpace that of carbon dioxide.

Towards addressing livestock contribution to greenhouse emissions, experts at the New Delhi Climate Change Media briefing said that a two-pronged strategy must be employed.

“We must look into the contribution that livestock methane emissions are making, we also must have adaptation and mitigation strategies,” Ndambi said.

He said that Africa must embrace fewer but more productive animals, a call that is already being received with resistance by pastoralists communities as well as other communities which keep domestic animals for religious purposes.

“We have communities that keep their livestock long after they have stopped being productive, these animals continue to emit methane until they die. We are encouraging livestock farmers to slaughter such animals,” he said.

The situation might get even more complicated with experts such Sarah Akinyi, a Nairobi based Nutritionist saying that consumption of animal proteins among the poor in developing countries is too low “and we are encouraging more production and consumption.”

She said that with the exponential population growth in developing countries, “there will naturally be more production and consumption of animal proteins.”

Looking at the total number of livestock emissions [average emission per animal multiplied by total number of animals in a country] beef cattle account for the highest methane emissions, followed by dairy cattle, pigs, buffalos and chicken respectively said ILRI.

“This means that emissions for beef can be high because we have more beef cattle in the world or because the emission per cattle is high,” Ndambi said.

Sheep and goats also have high emissions per kilogram of meat but they are fewer in number which makes their total methane emissions lower compared to cattle.

“We need to explore appropriate feeding strategies that increase productivity while at the same time reducing methane emissions from enteric fermentations. Strategies will therefore include feeding livestock on improved forages such as feed supplements,” Ndambi said.

“Though emissions per capita are lower (this divides a country’s total annual emissions by its population) emissions per unit of output or rather per one litre of milk or a kilogram of beef are high,” Oladipo explained.

ILRI said that other strategies will include exploring various feed additives, including plant extracts as well as improving feed conversion efficiency.

Ndambi explained that the amount of feed consumed per unit of production, helps to decrease the amount of methane produced since more efficient animals have been shown to produce less methane. This can be possibly by giving animals diets that are more highly digestible.

FAO also encourages creating awareness of appropriate strategies and technologies for reducing methane emissions from livestock and for mitigation purposes.