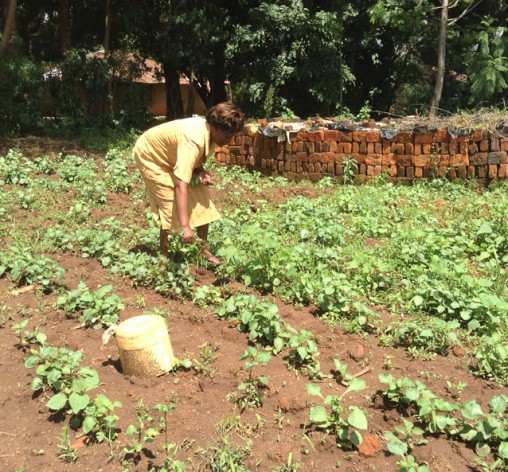 BUSIA, Kenya, Dec 30 2015 (IPS) - Busia County in western Kenya is home to an array of indigenous vegetables. But for decades there has been a shift in popular taste leading to leading to little interest in what is indigenously grown. This relegated the vegetables to the periphery with most farmers cultivating kale and cabbages among other more exotic varieties.

However, but this has been changing courtesy of awareness created by nutritionists and the emergence of kitchen gardens. A kitchen garden is an area in a homestead where leafy vegetables, fruit or herbs are grown.

Subsistence farming is the mainstay of communities in Busia County with an average acreage being two hectares. Thanks to a local a local community-based organisation (CBO), Sustainable Income Generating Investment (SINGI), and its partners, the concept of kitchen gardens is in vogue having a huge impact on nutrition and food security in the county.

SINGI works with over 50 farmer groups in the county with members running up to hundreds. Women however dominate the membership. Buoyed rains that come two seasons each year, with some farmers being able to practice irrigation, most households are able to maintain their kitchen gardens throughout the year.

William Buluma, who is the chairman of SINGI notes that the CBO was formed in 1996 to fight food insecurity in the county already hit by high levels of poverty. 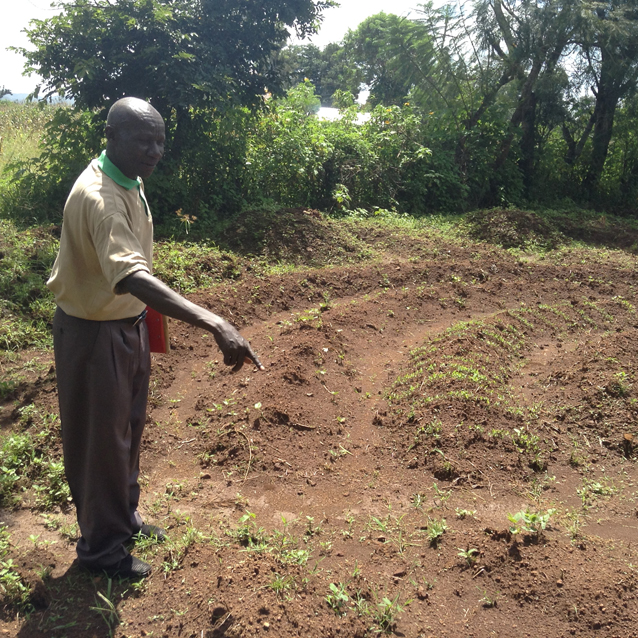 It has since partnered with the local Anglican Church, Department of Agriculture, the county government of Busia and nongovernmental organisations such as Biovision Africa Trust, Bioversity International, Africa Insect Science for Food and Research (Icipe) and the Kenya Agriculture and Livestock Research Organisation (KALRO).

Buluma states that the department of agriculture and KALRO have been involved in capacity building by granting farmers groups training on vegetable cultivation. Others like the Anglican Church trained farmers on leadership and production skills.

Icipe in collaboration with Biovision Africa Trust has since 2011 been supporting the farmers to practice ecological organic agriculture. As such, it has provided them with a package of training material focusing on health, environment and agriculture. The materials which are accessible to the public are kept at SINGI’s resource centre in print and soft copies.

Through the centre, farmers acquire information on crop husbandry and other agriculture related skills. “The initiative has enhanced production of indigenous vegetables leading to their availability in large quantities in homes and markets unlike some years ago,” said Buluma.

He says they intend to focus on value addition to enhance the shelf life of their perishable products. “There is a multiplier effect in that those we train also train others leading to higher adoption of the kitchen gardens,” he said.

But all has not been rosy. Buluma says that unavailability of equipment has frustrated the farmers bid to fully engage in value addition. He says that although KALRO is a key partner in training farmers on various aspects of vegetable farming, emerging diseases with no remedy wreak havoc on the vegetables.

The soils are also acidic so farmers are advised to use natural manure, but due to lack of composting equipment, they are unable to produce it in large quantities.

Nonetheless Buluma is elated by the fact that farmers have enough vegetables for domestic consumption and the surplus for sale. “Initially many households relied on buying them or if cash strapped merely begging from neighbours with kitchen gardens, this has since ceased,” he said.

Roselida Orodi, is the chairperson of Esikoma Ushirika Farmers Self Help Group, established in 2004. It was established with the aim of generating income focusing on farming as an income generation activity. However working with SINGI they have ventured into indigenous vegetable cultivation. Orodi says that they have established a demonstration farm where they teach members about vegetable farming enabling them to establish own kitchen gardens. She adds that most households produce enough vegetables for domestic consumption with a surplus which is usually sold to local market and beyond. 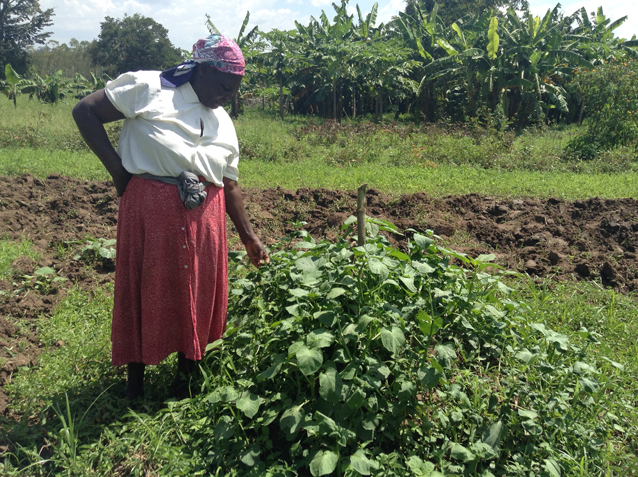 Roselida Orodi, chairperson, Esikoma Ushirika Farmers Self Help Group demonstrating a technique of growing indigenous vegetables known as ‘key hole’ that involves planting vegetables on a mound of soil with a pipe inserted at the top of mound to enable irrigation of the stems during the dry season, thus keeping at bay the effect of drought. Credit: Justus Wanzala/IPS

“Indigenous vegetables fetch better prices compared to exotic ones like kales and cabbages because many people have learnt from experts that they are highly nutritious. It’s a pity they have been ignored by the local community,” she said.

Members of her group plant Indian spinach, jute, crotalaria, solanum, spider plant, amaranth, pumpkin leaves, and African kale. Each of their member has enough for family consumption and for sale.
Members of the group acquire certified seeds from the Kenya Agriculture and Livestock Research Organisation (KALRO) and also produce own seeds which they sell to farmers.

According to Roselida, the vegetables ae drought resistant so they are climate smart. This is a boon during the dry season because their demand increases leading to higher prices. Households then earn an income while being shielded from digging deep into their pockets. She adds that members are able to acquire cash to cater for needs such as school fees and clothing of children.

She says they are exploring the possibility of supplying the vegetables to local schools. “We want our children to eat indigenous for its nutritious and heathy thus keeps diseases at bay.

Anastacia Muleka from POA farmers group based in Matayos Sub County and also affiliated to SINGI says that she initially used to her procure vegetables from the market which could cost 10 dollars, a week but since establishing a kitchen garden she no longer buys any. “I have a variety of vegetables, through SINGI, I’ve learnt value addition mostly on various methods of preserving vegetables to avert spoilage due to perishability,” she said.

She notes that since her group emphasizes organic farming, she has also learned methods of making compost manure which she uses to grow the vegetables.

“Since establishing my kitchen garden, I have never looked back and my resolve is to plant more,” said Anastacia.

Jessica Muhonje of Singingire vegetable farmers group, also from Matayos Sub County of Busia County says three years ago she too depended on the local market for vegetables. But the situation has since changed. “I nowadays grow enough for consumption by my family and sell the surplus,” she said. She adds that the consumption of indigenous vegetables is on the rise in her community. The vegetables, she says are being consumed in local hotels and aspect that have made a reliable market for her surplus vegetables.

Muhonje reveals that she sells about 15 dollars worth of vegetables per day. “People flock to my homestead to purchase the vegetables and she is able to maintain the supply through irrigation for she uses water from an underground well,” she says. I see myself maintaining my kitchen gardens for a longtime and encourage my fellow to establish kitchen gardens,” she said.

Buluma urges the government of Kenya to formulate a policy to promote consumption of indigenous vegetables and organic farming. This he says, will lead to better health for Kenyans and environmental protection. The SINGI Chairman’s dream is to secure land for setting up a training centre to train farmers on organic farming of indigenous vegetables. Biodiversity International is set to partner with KALRO to train farmers on quality improvement and the enhancement of market linkages of the vegetables starting January 2016.

Buluma is proud of the model used by SINGI to popularise kitchen gardens. As a result of focusing on knowledge diffusion rather than dolling out money, strides have been made. “The old adage old that it is worth teaching a famished friend to fish than granting them fish best describes our approach,” he said. SINGI has two extension workers who traverse the county creating awareness about indigenous vegetable husbandry and organic farming.

Kenya was selected by Bioversity International for a programme on upscaling local food production targeting indigenous vegetables with Busia County being chosen to host the programme.