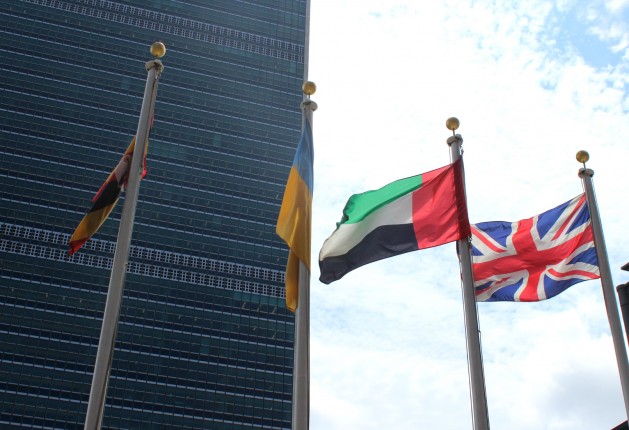 UNITED NATIONS, Jun 27 2016 (IPS) - The much-ballyhooed British exit (Brexit) from the 28-member European Union (EU) is likely to have political ramifications at the United Nations – both in the short and the long term.

If Scotland and Northern Ireland eventually decide to break away, as expected in the not-too-distant future, the United Kingdom (UK), as it is formally known in the world body, may be reduced to a minority of one: a kingdom sans unity.

Still, will Brexit make any significant difference at the UN?

At first glance, the answer seems to be “not much,” James Paul, a former executive director of the New York-based Global Political Forum, told IPS.

After all, the UN is composed of nation states, he said, pointing out that the United Kingdom will continue, as before, to participate in its national capacity in all UN activities, most notably the Security Council where it is one of five key Permanent Members.

On closer examination, though, the impact will be very considerable, though it will be various across the world body, he noted.

“The European Union has become a powerful force at the UN over the past five years and all EU member diplomats closely coordinate with one another, in intense daily rounds of meetings at the EU Mission.”

Paul, who monitored the politics and inner workings of the UN for nearly 19 years from an office just across from the UN Secretariat, said: “They hammer out common policy positions and strategize how to work together to achieve common goals.”

He pointed out that the UK has been a lead player in this process, benefitting from the large EU delegation and the information networks that the EU member state delegations provide.  But now no more.

"The Brits, now in splendid isolation, will find their UN perch rather lonely,” -- James Paul.

“It will be out of the club, no longer a participant, a loner in the diplomatic process.  Its diplomats, for all their well-known talent, will be hard pressed to sway UN policy debates when differences arise with the EU.  The Brits, now in splendid isolation, will find their UN perch rather lonely,” said Paul, a one-time chair of the NGO Working Group on the Security Council and editor of the Oxford Companion to the Politics of the World.

Along with Russia, France, China and the United States, the UK is a veto-wielding permanent member of the Security Council, the most powerful body in the Organisation.

Barbara Crossette, currently the UN correspondent for The Nation and former UN Bureau Chief of the New York Times, told IPS the “little Englanders” don’t seem to have a problem with the UN, which indeed they might cling to, as proof that the country still matters.

Still, Britain was not always a “united kingdom,” she pointed out.

And the recent Scottish referendum (in 2014) while it did not back independence, reminded everyone that the issue is still always in the background.

As for Northern Ireland, she said, this might speed up a move to be united with the Irish Republic — or, much less likely, with Scotland. Both voted heavily against Brexit.

Crossette said UK has been a member of the Security Council from the creation of the UN, and survived the loss of most of its remaining colonies after World War II.

“Yes, it has been a big player at the UN — with a good foreign service and record in training diplomats — and I don’t see that changing, at least in the near future. After all, France remains in the P5 with far less global influence,” said Crossette, who is a contributing editor to PassBlue, which covers the UN.

“Now, having said that, if this referendum — based in some part on (presumptive US Republican presidential nominee Donald) Trumpesque lies or fabrications in the Brexit camp — as commentators are suggesting and some British people who voted to leave are now regretting and wanting to reverse — brings on an unexpected global recession, and London loses a lot of financial clout, that may set back British credibility and influence more generally. But that would take time,” she predicted.

Jayantha Dhanapala, a former UN Under-Secretary-General for Disarmament Affairs, told IPS Chapter VIII of the Charter of the United Nations provides for Regional Arrangements, especially in the maintenance of international peace and security and the EU was thus included in all consultations with the UN Security Council.

“This will go on with or without the UK in the EU although the UK role going it alone – perhaps  minus Scotland and Northern Ireland at some future date – will be greatly diminished in influence,” he noted.

A corresponding increase in the importance of UK membership in the Commonwealth, said Dhanapala, may compensate for this in an increasingly multipolar world.

Far more importantly however are the trends that Brexit signifies.

He said post World War II in the 1950s Jean Monnet and his European pioneers set a precedent for regional organisation and trans-national planning because of its economic rationale and were followed in other continents.

Today, under pressure from parish pump politics, many countries are turning inward to populism as a reaction to immigration issues, widening economic disparities and enforced austerity, argued Dhanapala,  who serves as member of the Board of Sponsors of The Bulletin of the Atomic Scientists and a governing board member of the Stockholm International Peace Research Institute (SIPRI).

If right-wing extremism in politics spreads growing intolerance, tension and conflict will increase and fundamental UN values will be under threat imperiling international peace and security, the achievement of the Sustainable Development Goals (SDGs) and agreements reached on vital global issues like Climate Change.

“It is an urgent challenge where the UN must show collective leadership without waiting for a new Secretary-General to be elected,” said Dhanapala, who ran for the post of Secretary-General nine years ago when the current UN chief Ban Ki-moon was elected to office.

Paul told IPS in the Security Council the picture is somewhat different.

The UK acts on its own in the Council, as one of the five influential Permanent Members, not subjected to EU common policy positions.  France does the same.  Here continuity from pre-Brexit seems more the order of the day, he noted.

“But in fact, the Brits will have to contend with some of the same policy isolation they will suffer in other fora. They will be drawn ever closer to their “special relationship” partner, the United States, and find that they are even less able than before to produce policy of their own and hence to justify their own Permanent seat.”

He predicted the UK role in the Council may face an uncertain future.

“We have to wonder what might happen if the Scots (as now seems likely) withdraw from the UK, declare their independence, and then join the EU.  Might Northern Ireland (where the “Remain” vote was also strong) also take the same course?  What then would become of the “United Kingdom” as a Permanent Member, having lost important components of its national territory and not insignificant numbers of its population?”

Providing a historical background, Paul said those who remember the collapse of the Soviet Union know that there is a fairly recent case of such instability in Security Council history.

But the potential threat to Russian permanent membership in the Council was given a quick fix.  For all the loss of Soviet territory and population, the emergent Russian Federation was declared by the Council to be the successor to the USSR and the case was rapidly closed, he noted.

“It could (and probably would) happen this way again. The Club would certainly try to put in a fix again. But would it really be so simple this time around?  Perhaps the European Union would make a play to take over the fifth Permanent seat?  Perhaps India would insist?  In such a free-for-all, the whole charade of “permanency” in an impermanent world would come crashing down. A more democratic Security Council might then emerge.”

Brexit, Paul warned, is a clear sign that the political iceberg of the post-war period is melting fast.  Institutions are wavering and publics are angry.

The UN, like the European Union and nearly all governments, is taking the heat.  Public fury can produce bad outcomes, but the current debates and movements are revealing clear failures of governance and leadership. The UN could benefit from a fundamental post-Brexit shake-up and the Security Council needs such a change more than ever, Paul declared.