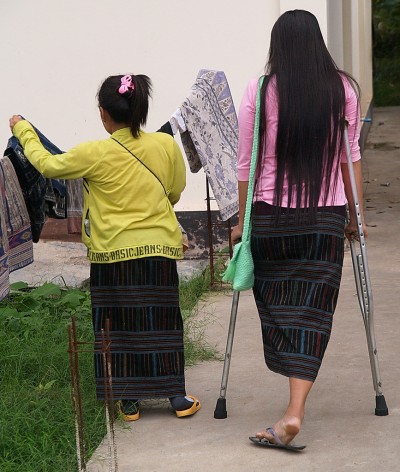 UNITED NATIONS, Jul 7 2016 (IPS) - From forced sterilisation to sexual abuse, young women and men with disabilities are much more likely to have their sexual and reproductive health rights violated than other people.

However despite the increased risks they face, young people with disabilities are also much less likely to get the sexual health education that they need.

Sometimes this is because well-meaning caregivers fail to realise the sexual desires and needs of people with disabilities, Malin Kvitvaer who works for the Swedish Association for Sexuality Education (RFSU) told IPS.

“They see only the deafness and forget that there is a young person there too,” said Kvitvaer who works on a special project aimed at improving sexual education in sign language and is herself deaf.

Parents and caregivers can forget that young people with disabilities also have questions about their bodies and thinks about sex, just like any other teenager, said Kvitvaer.

Even where young people with disabilities do have access to sexual health education, it can be incomplete or inadequate due to access barriers, Kvitvaer added.

“There are many instances where the teacher, not being fluent in sign language, does not know how to teach sexuality education in sign language and either teaches a very compromised version, or skips it altogether,” she said.

Communication barriers can have an even greater impact, when abusers take advantage of the fact that it is harder for young Deaf people to report abuse.

“In the history of the Deaf community there is a history of young Deaf girls – boys too, but mostly girls – who were subjected to sexual abuse by the adult men around them, such as teachers, Deaf priests and so on.”

“Many times they also knew that the girls’ families did not speak Sign language and so they wouldn’t be able to tell (their families) about the abuse,” said Kvitvaer who was also the Swedish youth delegate to the United Nations in 2011.

We Decide, a new initiative launched last month by the UN Population Fund (UNFPA) aims to address the gaps in sexual and reproductive health services, education and information which disproportionately effect young people with disabilities.

Leyla Sharafi. Gender and youth specialist at UNFPA told IPS that adolescents and youth around the world struggle to access appropriate sexual and reproductive health services and that for young people with disabilities the barriers are even greater.

“UNFPA and the We Decide program is advocating that all young people with disabilities enjoy their human rights, including living a life free of violence and discrimination.”

Sharafi added that the program was designed in collaboration with young people with disabilities, taking into consideration their wants and needs.

To this end, Kvitvaer notes that sexual education should not just focus on the negative aspects of sex, but also the positive aspects.

“I also think it is important to not only focus on problems that sex can cause – such as unwanted pregnancies, STDs, but also that sex is a good thing when consensual and that is just as ok to want to have sex, as it is to not want to have sex.”

This week marks the 10-year anniversary of the UN Convention on the Rights of Persons with Disabilities (CRPD) which Sharafi notes “is one of the only conventions that explicitly talks about access to sexual and reproductive health.”